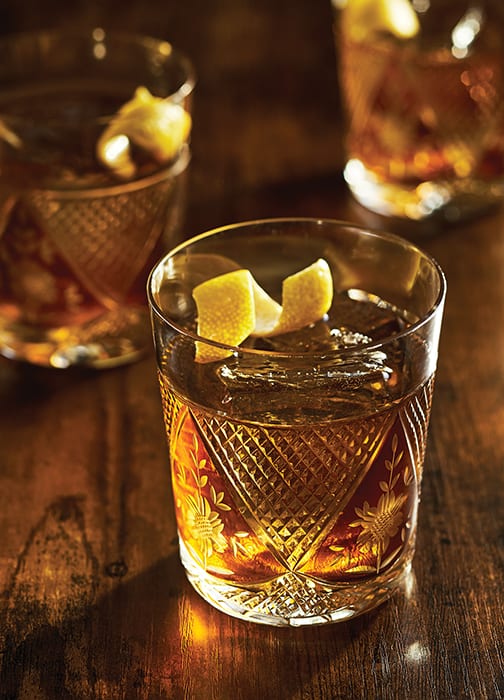 Classic cocktails endure for a reason. And while the cocktail renaissance may have seen the swift escalation of six-, seven-, and eight-plus ingredient cocktails, an appreciation for simple, time-tested recipes has been increasingly embraced. “I think we see the pendulum swinging back to classics, and that’s exciting,” says Lee Zaremba, beverage director at Lazy Bird in Chicago.

Situated underneath the new Hoxton in Chicago’s West Loop neighborhood, the stately basement bar features a menu of 52 classics from multiple eras, ranging from the Clover Club to the Cosmopolitan. Many of the recipes showcase minor tweaks but largely remain faithful in reproduction. “Not all classics have to have some crazy twist,” Zaremba says. Sometimes the trick to bringing an old classic to a modern menu is as simple as selecting the exact right bottle of whiskey for the Old Fashioned or rum for the Daiquiri, he adds. “The products you use will help individualize your version from other versions.”

Still, Zaremba sometimes gets an itch to put more of a personal spin on a classic recipe while staying true to the soul of an original formula so the drink remains familiar. To do this, he sometimes makes a house vermouth or amaro blend to create new versions of traditional ingredients that offer more complexity than the original. Take the Baby Darling cocktail. To mimic the qualities of vintage amari once used in the drink, Zaremba makes a house blend of Zucca Rabarbaro and Don Ciccio Ferro-Kina. “Our blends add more character and takes you a touch outside of what is normal,” he says. “It’s still familiar, but it makes you wonder what’s different about the drink, which can be exciting.”

Here are 5 classics cocktails that Zaremba thinks deserve more attention, with notes on how he has interpreted the drinks for modern audiences at Lazy Bird.

20th Century The traditional 20th Century Cocktail features a blend of London Dry gin, créme de cacao, lemon juice and Lillet Blanc. “Historically, bartenders have leaned heavily on the créme de cacao element of the cocktail, so I think the drink got relegated to the same category as a lot of dessert drinks because it has ‘chocolate’ in it. People have steered away from sweetness in cocktails for so long, that’s probably why the drink went out of fashion,” Zaremba says. “Now [bartenders] are finding a sense of balance with those sweeter flavors again.” At the bar, Zaremba uses 1 oz. of London Dry gin, plus ½ oz. of genever for extra body, then ¾ oz. of Cocchi Americano and ½ oz. of fresh lemon juice. A dry carob syrup (roast 1 oz. of carob until aromatic, add to 8 oz. of simple syrup and cook on low heat for 25-20 minutes, then strain) comes into play instead of using créme de cacao to give the drink more earthiness and less sweetness.

Baby Darling The most obscure of Zaremba’s picks hails from 1960’s-era Italy. The Baby Darling combines rum, sweet vermouth, and amaro—traditionally either Petrus Boonekamp or Isolabella 18—Zaremba says. “We do a blend of amaros that remind me of those two. The flavor reminds me of Petrus Boonekamp and the aromatics remind me of Isolabella 18, which is very cola-like and orangey.” Zaremba recommends the drink (get the recipe here) if you like a Boulevardier or Old Pal, or other drinks that use aged spirits with a little bitterness or vermouth. “They either love this one or push it right back towards me,” he laughs. “That happens rarely, though.”

Blackthorn Traditionally the Blackthorn is a drink made with Irish whiskey, dry vermouth, a dash of absinthe and bitters. “I find it a touch too dry with just the dry vermouth, so we split the base with sweet vermouth,” says Zaremba. “I get a toasted cocoa element when the vermouth and the absinthe play together, and any time I put ingredients together that create new flavors that aren’t in the ingredients independently, I get excited.” Zaremba recommends this classic for fans of the Manhattan or Old Fashioned, cautioning that it will be drier than those.

Brandy Crusta This brandy-based classic is one Zaremba thinks deserves more love on American menus. “The Brandy Crusta is traditionally a very dry and tannic cocktail, which is why there is normally a sugar rim on the drink,” he says. “We use madeira to give it a little more body and acidity, so we dialed back the lemon juice a little bit. The final drink is not as dry, so we ditched the sugar rim.” To make the Lazy Bird version of the drink, combine 1½ oz. of brandy with ½ oz. of madeira, ½ oz. Cointreau, ½ oz. of fresh lemon juice and 2 dashes bogart’s bitters in a shaker with ice and shake to chill. Double strain into a coupe and garnish with a lemon twist.

Hanky Panky While most of Zaremba’s interpretations of classics at Lazy Bird stay close to the originals, with the Hanky Panky he strays more from the classic vermouth-forward build. To a base of 1½ oz. Hayman’s Old Tom gin, he adds a vermouth blend of ½ oz. Cocchi di Torino and ½ oz. Lacuesta Extra Dry. The final touch is a ¼ oz. of a house fernet blend, made with equal parts Fernet-Branca and Fernet del Frate Angelico from Tempus Fugit. “Our house fernet blend is more alpine-forward and a little higher in alcohol. When paired with the sweeter base of Fernet Branca, you get the same familiarity of the classic cocktail, but it pings you out of that lull of ‘this is a normal Hanky Panky.’ “