Where to Drink Cocktails in Montreal 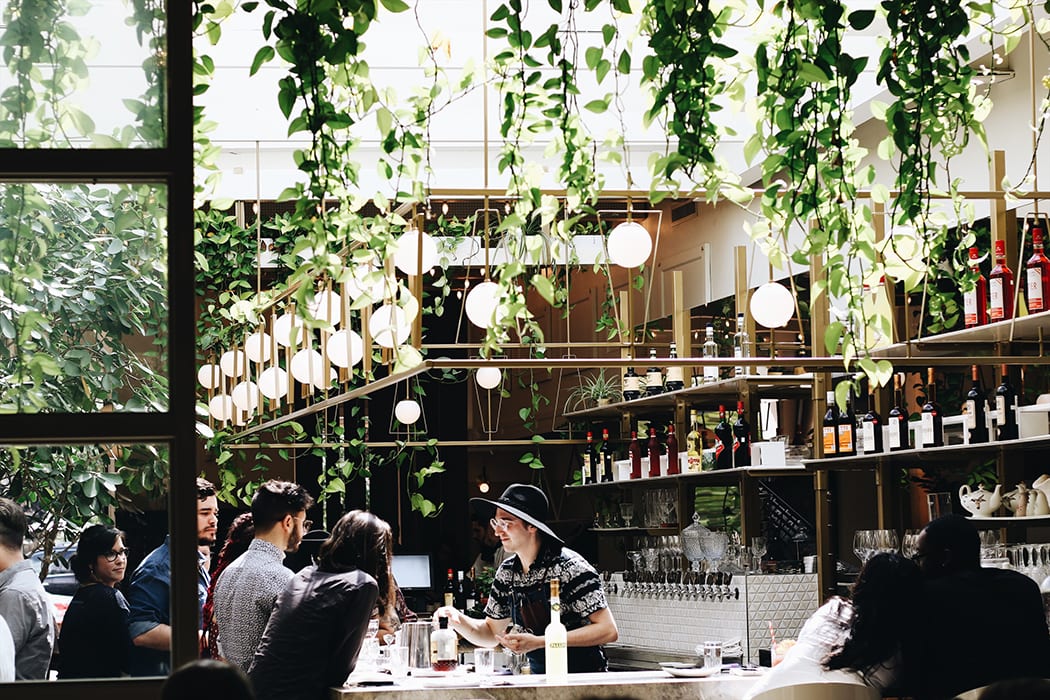 Québec’s largest city casts a long culinary shadow, but from the perch of a barstool it’s clear the French-Canadian metropolis also knows how to sling a shaker. “Montreal is a city where many cultures come together, and that diversity enriches the cocktail scene,” says Maryline Demandre, co-founder of Invasion Cocktail Week. Now in its sixth year of celebrating Montreal’s vibrant cocktail culture, this year’s Invasion Cocktail included over 40 cocktail bars around the city, with guest bartenders from Milan’s best bars shaking up the city’s speakeasies, distillery tours, and panel discussions on best environmental practices from Trash Tiki and cocktail safety from Alcademics founder Camper English rounding out the programming.

“The city offers many different kinds of drinking experiences, and our casual and friendly approach to everything gives the nightlife a welcoming vibe,” Demandre adds. Is Montreal in your travels plans? Start exploring via this handy drinking itinerary.

Nacarat
The sleek lounge at the base of the Fairmont The Queen Elizabeth hotel in downtown Montréal also happens to be the city’s most progressive cocktail bar. Director of Mixology Nader Chabaane devised a kitchen-like backbar system for his all-star team, creating a buzzing hive of action in the center room as drinks go from shaker to customer via a designated runner. On the extensive cocktail menu, the staff pushes boundaries with inventive presentations and unexpected ingredients, such as squid ink, sudachi, bell pepper sorbet and pistachio cream, while drinks like the Nacarat Martini show off a dialed-in penchant for balance and restraint. With gin, dry vermouth, rosé vermouth and lemon oil, it’s an elegant sipper that’ll stick with you long after last call.

The Cloakroom
A tailored menswear store in Golden Square Mile of Montreal marks the location of The Cloakroom, one of the city’s most notorious speakeasies. Portraits of movie stars line the entryway to the dimly lit back room, where a constellation of soft globe-like light bulbs create an ethereal ambiance and the sound of shaker tins bounces off the low hum of happy imbibers. There’s no formal menu at the tiny bar, but thanks to the talented bar staff, visitors will have no trouble finding a drink to suit their tastes.

El Pequeño and The Coldroom
Follow the cobblestone streets from the popular Notre-Dame Basilica through the European-like Old Montreal neighborhood until you find the petite (and aptly titled) El Pequeño, a charming spot where enthusiastic bartenders channel Cuba’s storied drinkways in an intimate space that holds only nine people. There, a concise menu of classic rum cocktails like the El Presidente and Mojito are served with exquisite balance.

Afterwards, head downstairs to the basement speakeasy The Coldroom. Owned by the same crew as El Pequeño, dusty brick walls and exposed wooden ceiling beams give the subterranean space a truly clandestine feel, while glowing Edison bulbs add a soft glow to the experience. The menu is split between seasonal creations (like the May Two-Four with lager, amaro, cinnamon, grapefruit and lemon) and the staff’s take on tried-and-true classics like the Gimlet and Corn & Oil.

Atwater Cocktail Club and Milky Way Cocktail Bar
Montreal loves their speakeasy-style bars, and Atwater Cocktail Club in the Atwater/Notre-Damn Oest neighborhood is a standout. A little more upbeat than the Coldroom, the parlour-like bar from the Barroco Group looks formal on the surface but shows its quirks through drinks like the Why So Serious, with Calvados, Japanese whisky, vanilla liqueur, celery bitters and chamomile, and the Catch Me If You Can, with cachaça, Luxardo Aperitivo, citrus, pineapple and Angostura bitters.

For a more glamorous cocktail experience, head down the street to sister bar Milky Way, where the interior design takes notes from 1980’s Miami glitz and pushes it towards an electric cocktail bunker vibe. Fanciful combinations in playful vessels take the lead in this lively space, with ingredients that nod to both Montreal’s European influences and (lots of amaro and aperitivo) and global inspirations (like mezcal and cachaça). Drinks like the Ballin in Paris, with Cognac, Martini Ambrato, Champagne syrup, lavender bitters and Angostura, make for a pleasing sipper, while large-format options like the Far Side keep the menu approachable for those looking for an alcohol-free drink, with its refreshing combo of Seedlip Spice 94, apple, lime, mint and cucumber.

Bar Le Mal Nécessaire
The Chinatown area of downtown Montreal is small in size but packed with great places to eat and drink, including Bar Le Mal Nécessaire, one of the city’s prominent outposts for tropical drinks. Riffs like the Old Mexican and the Piña Colada Supremo (two kinds of aged rum, cachaça, pineapple, crème de cacao, citrus, chicha morada and chocolate bitters) showcase the bar’s affinity for classics, and a solid list of beers and boilermakers offer options for those not inclined towards tiki. Several drinks even come in alcohol-free versions. Pair any drink with a heaping bowl of Singapore noodles, and you’ll be set for the night.

Perles et Paddock
Perhaps the most chic cocktail bar in town can be found at Griffintown restaurant Perles et Paddock. Located in a former garage, the jewel box offers a menu of elevated local cuisine, paired with a well-rounded drinks menu that pays equal attention to the beer, wine and cocktails. On the menu for the latter, an array of classic-inspired cocktails surprises and delights. Oat milk stars in the cheekily named Cereal Killer cocktail, a clarified punch made with bourbon, sherry, pineapple, apple, and lapsang souchong, while blackcurrant liqueur and tepache star in the Punch Nahuatl, made with tequila, lime and sapote (a fruit from Central America). Visit during brunch, when skylights allow brilliant natural light to flood the gorgeous space.