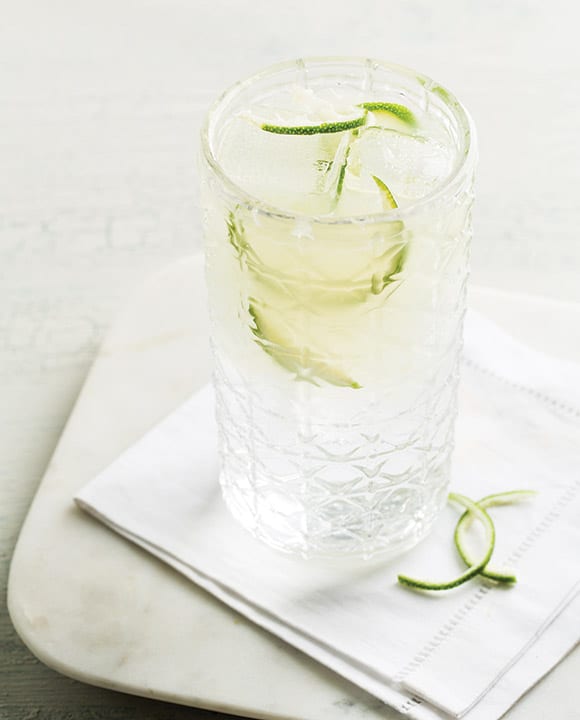 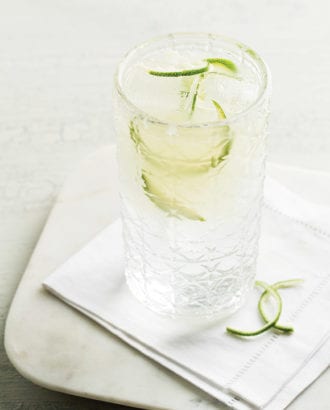 The best Gin & Tonic I’ve ever had was mixed several years ago during a visit to Seattle by New York bartender Toby Cecchini, who now owns Long Island Bar in Brooklyn’s Cobble Hill neighborhood. The basis of the drink was surprisingly simple—nothing more than a classic London dry gin, chilled tonic water and a fresh lime—but the results were profoundly delicious. As he mixed the drink, Cecchini shared the story of the formula’s origin—of how his father, a chemical engineer, used the gin’s properties as a solvent to maximize the lime’s presence in the drink—and the telling of the story multiplied the drink’s properties of satisfaction.

The secret, it turns out, was in the technique; as Cecchini says, “This is my way of showing how anything you do behind the bar can be thought about and made better, generally, with understanding and application to important details.”

For Imbibe’s 2016 Summer Drinks issue, we chose to focus on the Gin & Tonic, and we asked Cecchini to share his recipe, along with the story behind what he calls My Father’s Gin & Tonic.

Toby Cecchini: My dad emigrated with his family from Florence, Italy to Madison, Wisconsin when he was 19, in 1951. He was an artist, and he was also an amazing cook, but to raise a family of six kids he became a research chemist for years with the University of Wisconsin’s Alumni Research Foundation, or WARF, as we knew it.

When I was young, but just entering adulthood, I would take a Greyhound bus up to Eau Claire, Wisconsin, several hours north of Madison, where he ended up with his second wife. Upon arrival, he would make us a pitcher of G&Ts in his idiosyncratic fashion, which very much blended his mastery of flavors with his knowledge of chemistry. Emphasizing how gin is really just a solvent, like many he used daily, he would cut and juice limes, and then julienne the rinds, which held the all-important citrus oil. He would dump these in the bottom of a large crystal pitcher and then add room-temperature gin to them. These he would muddle together for a few minutes to extract that aromatic oil from the rinds, so important to the end result, along with a certain measure of leftover juice, enough to make the mixture translucent and imbue it with a necessary tartness. This was, he later emphasized, all the juice needed; one was not to dump the juice already squeezed back into the mix. That, you could set aside for something else.

He would then crack ice cubes nonchalantly in his hand with the back of a heavy spoon, showering each one in turn into the pitcher as he talked on about this and that. He would swirl all that together and then, having put the tonic water into the freezer for the final half hour or so, he would pour the frigid tonic water carefully down the side of the pitcher, so as to not lose the carbonation, and then stir the whole thing gingerly with a chopstick.

That was my introduction to drinking spirits, and I may never see its equal. But it set me up to be the barkeep I am today, and still I am drawing from its many lessons. My take on this, as translates to being behind the bar, is:

My Father’s Gin & Tonic
Carefully wash and dry a plump, ripe lime and slice it in half. Juice it with a clamshell juicer and set aside the juice for another use.

Take the 2 rinds and julienne them with a sharp knife. In a mixing glass, add the cut rinds to 2 ½ – 3 oz. of gin. (The spent rinds will soak up some gin, so to get 2 oz. back you have to add in slightly more; suck it up).

Muddle the gin and rinds together for a minute or so, until you can smell that the citrus oil has been stripped out of the rind and you can see the translucent lime juice in the mix.

Take a large (20 oz.) cooler glass and fill it ¾ with cracked ice. Fill it then ¾ or just above with tonic water and add a straw. Strain the gin/lime mixture over a spoon into the glass to float it atop the tonic water. Carefully spoon the julienned lime pulp atop the drink. Be sure to mix everything together before drinking. Serves 1.