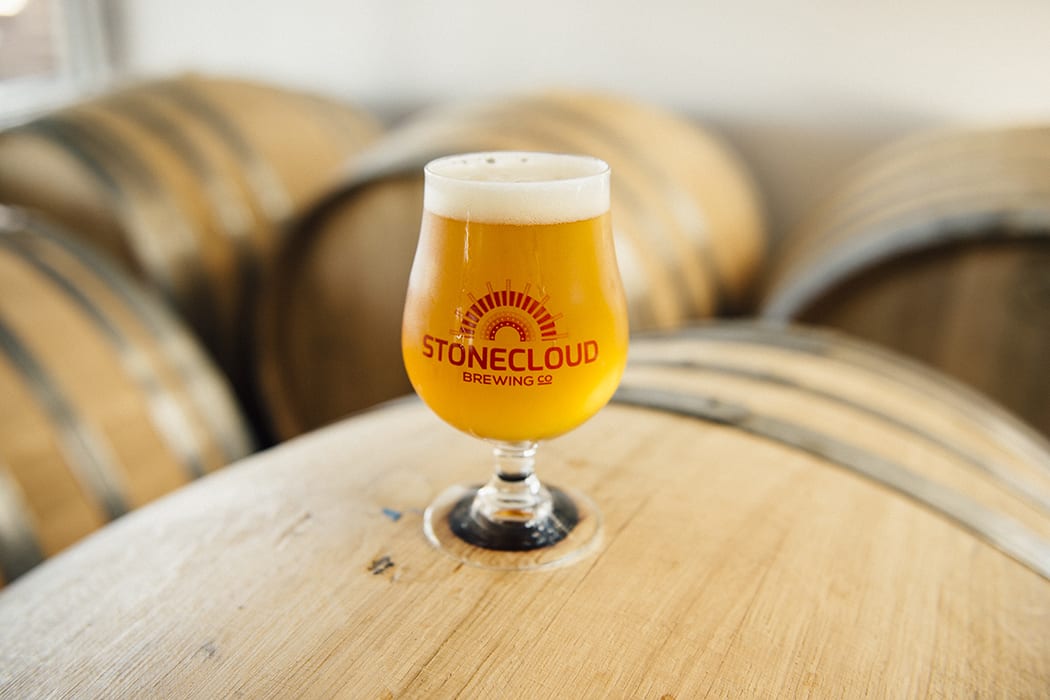 Oklahoma City’s moniker, “The Big Friendly,” is as much a nod to congenial Midwest attitudes as it is to the rapidly growing drinks scene, aided by both a robust restaurant culture and recent beer-friendly legislation. In the 2019 Imbibe 75 issue, we spotlight the city and feature places like Bar Arbolada, which opened last spring. There, co-owner Riley Marshall is pushing the envelope with impressive cocktail and wine menus, pouring biodynamic bottles of pét-nat and orange wines from under-the-radar regions and varieties. “It always felt OKC was a little behind, but we’re finally starting to produce the concepts, ideas and attractions that have been popular in other places across the country in recent years,” says Marshall. “We’re catching up, and even pushing the envelope in ways.” Here, the OKC native walks us through a perfect day in his hometown.

Named after one of Latin America’s most prolific crops, Cafe Kakao (spelled intentionally with a K instead of a C) lands Oklahoma City’s best breakfast scene. “You can never go wrong between their savory breakfast choices or their fun take on sweets and pancakes. I usually go with their crispy motuleño,” a Yucatán dish made with eggs, cheese and black beans on crispy tortillas, Marshall says. Family owned and operated, the café offers plenty of straightforward coffee drinks, but the creative concoctions like horchata lattes and s’mores cortados keep him coming back.

“Elemental Coffee is my favorite place in town for coffee,” says Marshall of the Midtown roastery and café. “They always have a killer selection of pour-overs, their breakfast and lunch menus are stellar, and they have great grab-and-go options.” Cold brew, espresso and drip coffees are made from beans sourced from around the world, and the food menu offers something for everyone. “They have multiple vegan and gluten-free options. Anything you grab out of the case is going to be good, and they might have the best chocolate chip cookie in town,” he adds. “Elemental is always bustling, so you’re bound to run into an old or new friend. It’s also a great place to hunker down and get some work done.”

Todd Woodruff (of Waffle Champion fame) launched Maple’s Barbecue out of a trailer, but he recently opened a permanent brick-and-mortar location in the bustling 16th Street Plaza District. “The new spot has allowed them to expand the menu with more smokers, add a full bar with great cocktails focusing on whiskey, and create a sure-fire dining space during Oklahoma’s crazy weather,” Marshall says. “Maple’s does true Central Texas-style, long overnight smoke BBQ. The brisket is the star and all the sides are amazing, but they serve a Saturday-only beef rib that will change your life. Think your nana’s pot roast, but in BBQ-rib form.”

“I always like to start my afternoons with beer, and Oklahoma City is finally making it possible to create a true brew-crawl experience,” says Marshall. Stonecloud Brewing‘s taproom is where you’ll find him saddled up most often, as the brewery is a stone’s throw from Arbolada. “They’re making some of the best beer in town, riding the lines of those trendy hazy IPAs and stouts everyone wants to see, but also making more creative and less sought-after beers. I typically tend to stick to their nuanced saisons, lagers and table beers.”

Marshall also gives a nod to the quality of beer coming out of recently opened taprooms like Elk Valley, Vanessa House, Angry Scotsman, but he says that he usually heads to a more established brewery: the Prairie Artisanal Ales taproom. “Everyone in the beer world knows Prairie at this point,” says Marshall. “The cool thing about the OKC taproom is brewers there have been given freedom and creativity. It feels as if they are treating the opportunity as a test kitchen, and boy, are they excelling! You can walk into Prairie OKC five days in a row, and the tap list will be different each time, with beers available nowhere else in the world.”

Since Heather and Keith Paul opened the must-visit Cheevers Café in the historic Cheevers building in 2000, the restaurant has become a mainstay of the Oklahoma City food scene. There’s something for everyone on the eclectic menu, but Marshall knows if you want a tried-and-true Oklahoma meal, you order the chicken fried steak. “It’s the size of a frisbee—the best chicken fried steak in a town known for chicken fried steak.” Sweeten the deal with Cheevers famous roasted pecan ice cream ball.

To end the night, Marshall heads for the bar at Ludivine, one of the city’s food-and-drink gems known for seasonal farm-to-table cuisine. “The bar at Ludivine is a cozy, small haunt off to the side of one of the best restaurants in town,” he says. The local and in-season ingredients from the menu often make their way into the cocktails, with drinks like The Permanent, featuring a carrot coffee in addition to rye whiskey, Fernet Vallet, Licor 43, and Irish cream. “They treat their cocktails with the same care as the food, so it’s a great place for a classic cocktail, or something bespoke from their talented staff.”