A Primer on Aquavit 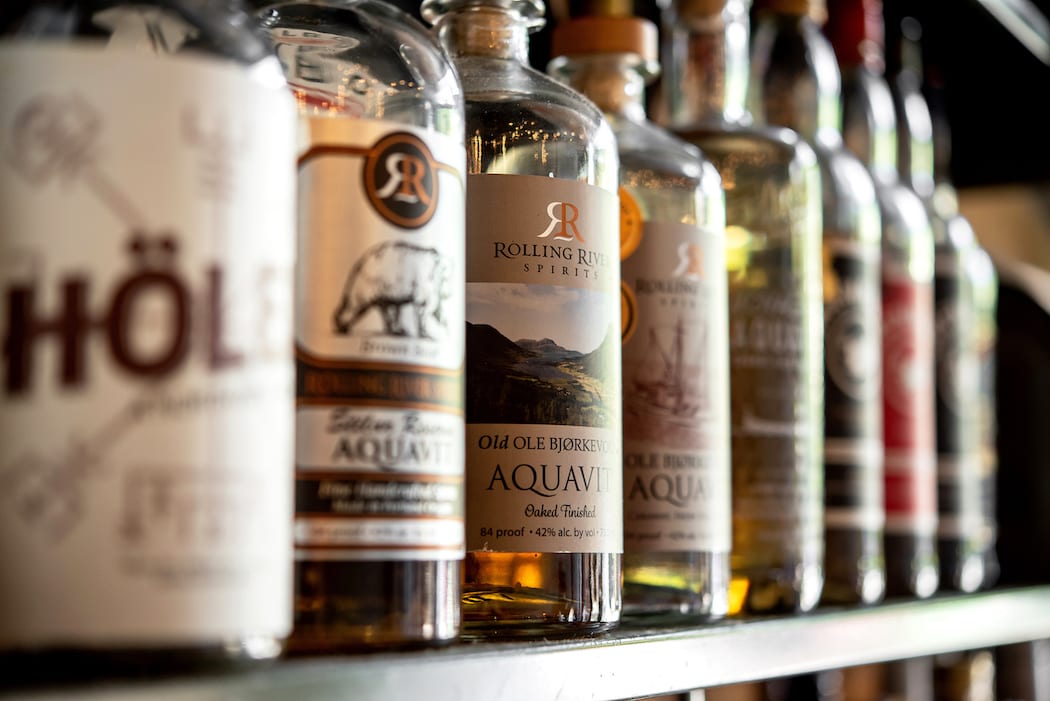 Of the many Scandinavian exports that have been embraced by the world, from the concept of hygge to self-assembled home furnishings, aquavit remains somewhat under-appreciated in the United States. But boosters have been advocating on the spirit’s behalf, pointing to its diverse range of flavors and adaptability in cocktails. “I got into aquavit when almost all of the imported brands had disappeared from the U.S. and there were just a few American distilleries starting to make it,” says Jacob Grier, Portland, Oregon-based bartender and founder of Aquavit Week. “As I tried the few bottles I could get my hands on, I realized it was a really diverse category that wasn’t getting the attention it deserved.”

In our September/October 2019 issue, we explore how the traditional Nordic spirit is making waves stateside, with more than a dozen distilleries making their own version and bartenders getting experimental with the broad, botanical flavor profiles. Find 10 delicious recipes here to mix at home, and consider this your aquavit primer to get better acquainted with the spirit, from its historic roots to its modern resurgence.

History Lesson
The first known reference to aquavit was found in a letter dated 1531 from a Danish lord to the archbishop of Norway, which supposedly included a small bottle of the spiced liquor and a promise that it would help with any “illness that a man can have.” At that time it was referred to as aqua vitae, Latin for “water of life,” until becoming known as aquavit (also called akvavit or snaps). Initially distilled from wine—and imported wine at that—the spirit was expensive to produce. It was supposedly Swedish soldiers who first began to distill it from fermented grain, and in the 18th century potatoes became widely used as the base ingredient. Over centuries of production, aquavit has become embraced as the national spirit of Scandinavia. Today it remains closely tied to tradition and is regularly consumed during holidays and celebratory feasts, or simply with friends and food at a midday smörgåsboard with the traditional toast of “skal!”

Okay, But What Is It?
Aquavit is a neutral spirit distilled from either grains or potatoes and flavored with botanicals. While the botanical bill can vary widely from brand to brand, EU regulation dictates that to be labeled an aquavit, the spirit must be flavored with caraway, dill or both and be bottled at a minimum strength of 37.5 percent. “There’s always caraway or dill, just as with gin there’s always juniper,” explains Grier. “But most aquavits will also bring in some other ingredients, too. Fennel, coriander, anise, citrus peel and cinnamon are some of the common ones, but there’s really no limit. Moss, amber, rye bread and oyster shells are some of the more exotic additions you might encounter.”  The spirit’s treatment after distillation can vary as well. Some aquavits are bottled without aging to highlight the botanical flavors, while barrel-aged versions are amber in color with “so much oak influence that they’re more reminiscent of a whiskey,” says Grier. “It’s a very broad category, which is what makes it so fun.”

Modern Love
Traditional Nordic brands like O.P. Anderson from Sweden, Aalborg from Denmark and Linie from Norway are more available in the U.S. these days as interest in the spirit grows. And more American craft distillers are adding aquavit to their lineups, from early adopters like House Spirits’ Krogstad Aquavit to newcomers like Brooklyn’s Svöl Aquavit, whose aim is to produce a spirit specifically for mixing in cocktails. “It’s a surprisingly versatile spirit. You want a spirit that’s bright and herbaceous? There’s an aquavit for that. You want a spirit that’s spicy and savory? There’s an aquavit for that. You want a spirit that’s rich, complex and oaky? There’s an aquavit for that, too,” says Grier. “It also plays well in split-base cocktails that use aquavit as a complement to more familiar spirits like whiskey, gin, tequila or mezcal. There’s really nothing aquavit can’t do.” For a more in-depth look at modern-day aquavit, pick up a copy of the Sept/Oct 2019 issue.