Where to Drink in Boise, Idaho 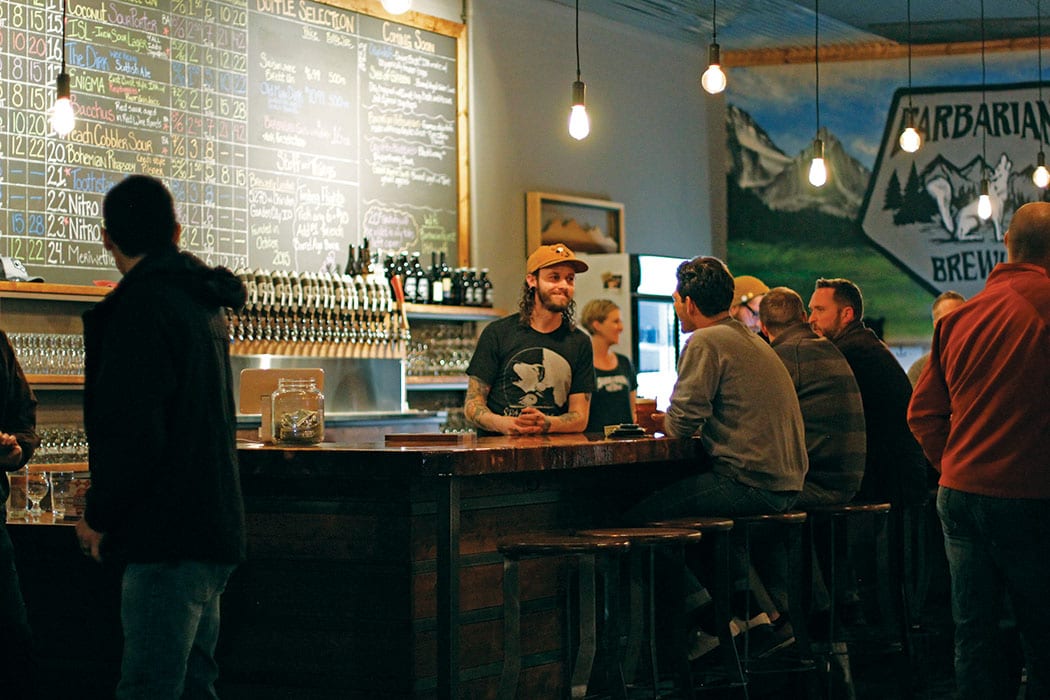 With a booming population (Idaho was the fastest-growing state in the U.S. last year), Boise has seen an increasingly vibrant food and drink scene take root. Chef Kris Komori grew up in British Columbia but attended college in Idaho before working in kitchens in Seattle and Portland, Oregon. Five years ago, he returned to Boise to become head chef at the acclaimed State & Lemp, where for three consecutive years he was a James Beard Award Semifinalist for Best Chef: Northwest. Here, Komori share some intel on his favorite local spots to visit when he’s not in the kitchen. “Boise’s beverage scene is really fun right now,” he says. “There are a lot of small, entrepreneurial businesses that are passionate and excited to be part of a rapidly growing city and food scene.”

The Modern Hotel and Bar
Rehabbed from an old motor lodge in downtown Boise’s Linen District, the eclectic Modern Hotel takes its name from the Basque boarding house operated by the owner’s grandmother in Nampa, Idaho, during the Great Depression. Today, in addition to its 39 guest rooms, The Modern Hotel and Bar features a full restaurant and a seasonal bar program with plenty of creative originals, like the Due Diligence with Old Tom gin, Averna and wild hyssop. “The drinks here are both consistent and innovative,” says Komori. “And because it’s a boutique hotel, there’s always a good conversation with a visitor from out of town.”

Barbarian Brewing
Founded in the fall of 2015 by husband-and-wife team James Long and BreAnne Hovley, Barbarian Brewing wasted no time in establishing an ongoing roster of beers that occasionally require up to 18 months of aging. With a focus on Belgian and Old World styles and brewing traditions, Barbarian regularly has more than two dozen beers on tap between their original Garden City brewery and their new downtown taproom, with brews that run the gamut from Juniper Gose to Coconut Sour Porter. “They run a great sour and barrel-aged program,” says Komori. “They consistently have more quality beers than I can keep up with.”

Meriwether Cider Co.
The four members of the Leadbetter family found themselves at a crossroads; former college professors Gig and Ann had retired from teaching, and daughters Kate and Molly had been working as wildland firefighters but were ready for their next adventure. The answer was cider, and the family started Meriwether Cider Co. in 2015. Brewing and bottling with Northwest-grown apples, Meriwether spans the cider spectrum from classic heritage styles to experimental batches like a Strawberries and Cream cider served on nitro. Meriwether’s new cider house opens this summer in downtown Boise, and in addition to 20 taps pouring their own cider alongside ciders from other producers, they’ll maintain a selection of 30 to 40 bottles from around the world.

Split Rail Winery
Urban winery Split Rail sources grapes from vineyards in the Snake River Valley and Washington, working mostly with Rhône varietals like Mourvedre, Syrah and Grenache. But that’s where the Old World influences end, as the owner and winemaker Jed Glavin, with his wife, Laura Hefner-Glavin, aims to never produce the same wine twice. Instead he opts for tiny runs of boutique bottles, like the creamy and effervescent Bruce Lees Brut Nature and the spontaneously fermented Marsanne, Exploding Mirror. They’ll also ll kegs and growlers at their taproom. “Jed is a character, and you can feel his enthusiasm in the wines he produces,” says Komori.

Neckar Coffee
For the last five years, Neckar Coffee was a solely mobile operation under the helm of proprietor Grant Shealy, whose coffee cart has been a staple of the Boise Farmers Market. Roasting all his own beans and serving only single-origin coffee to better showcase the diversity between varietals, Shealy finally opened his first brick-and-mortar location this summer. “This place obsesses about their roasting, but it’s hard not to appreciate their goo ness,” says Komori. The new space will serve as a roastery in the back while offering traditional espresso and pour over from a rotating, seasonal selection of beans.

Press & Pony
It’s a dramatic shift in scenery and pace step- ping from the sidewalk of downtown Boise through a set of heavy theater curtains and into the shoebox-sized cocktail bar Press & Pony. Opened
in the summer of 2015, the intimate venue is dominated by a copper-topped bar with 14 seats, where a bar staff of three mixes a short but creative menu of classic cocktails and originals, with all additional ingredients made on-site, from fresh-pressed juices to house- made cola. “They take what they do seriously,” says Komori, but not too seriously, as evinced by cocktails like Shit Kickers & Daisy Dukes (bourbon, Aperol, stone fruit purée, lemon, honey and Champagne).