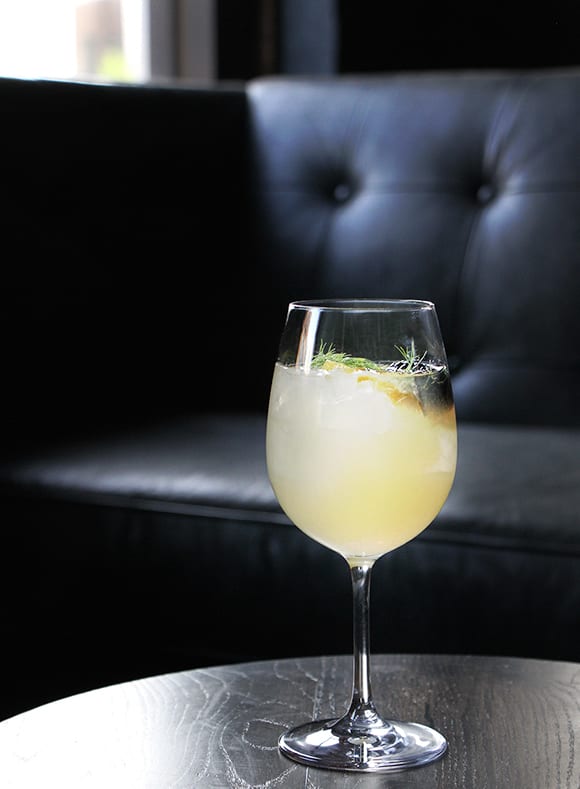 The iconic drink has quenched thirsty palates for decades, but in our eyes, there’s nothing passé about the power of an ice cold pitcher of summer sangria. As bartenders around the country know, the drink no longer warrants a strict recipe, but rather serves as a blank canvas that’s easily manipulated with every ingredient. Here are a few ways to brighten up this summer’s batch.

Mix up the base wine
Red, white or rosé? While red wine has long been the go-to, anything goes now—even saké and aperitif wines. At The Dawson in Chicago, sherry and pisco form the base of the Botija Sangria (pictured), which also hosts white grape juice, citrus, blackberry and fennel for the garnish.

Use seasonal fruit
“When sangria is served with whatever fruit is already in house, the fruit’s only purpose is to provide decorative touches,” says Salero beverage director Daniel Marunowski. “With market produce, a better garnish is available. Seasonality is key.” White wine tends to amplify fruits, he adds, suggesting kiwi and melons as unorthodox yet delicious options. Peaches, grapefruit and basil pair swimmingly with Spanish Albariño at Craft City Social Club in Charlotte, NC, and any number of fresh berry will bring depth to bubbly rosé.

Switch up the sweeteners
Don’t just reach for simple syrup. At Nico in San Francisco, Maz Naba purées strawberries and rhubarb with vanilla and sugar to lend texture and a spark of brightness to a rosé base, and back at Salero in Chicago, Marunowski sometimes purées as well to amplify the fruit flavors. Liqueurs can also add sweetness. Elderflower liqueur pairs well with certain sparkling wines as illustrated in this White Nectarine Sangria, and pomegranate liqueur goes splendidly with a dry red, muddled blackberry and brandy. At The Continental in Miami, Cocchi Americano meets fresh citrus, thyme and sparkling Vinho Verde for a fresh alternative.

Don’t forget to garnish
Even though sangria isn’t a cocktail in the traditional sense of the word, that doesn’t mean a citrus peel and bushel of mint, basil or rosemary won’t add appealing aroma to the cup. In the photo above, fennel adds an earthy, anise-like aroma to the pisco and sherry sangria.