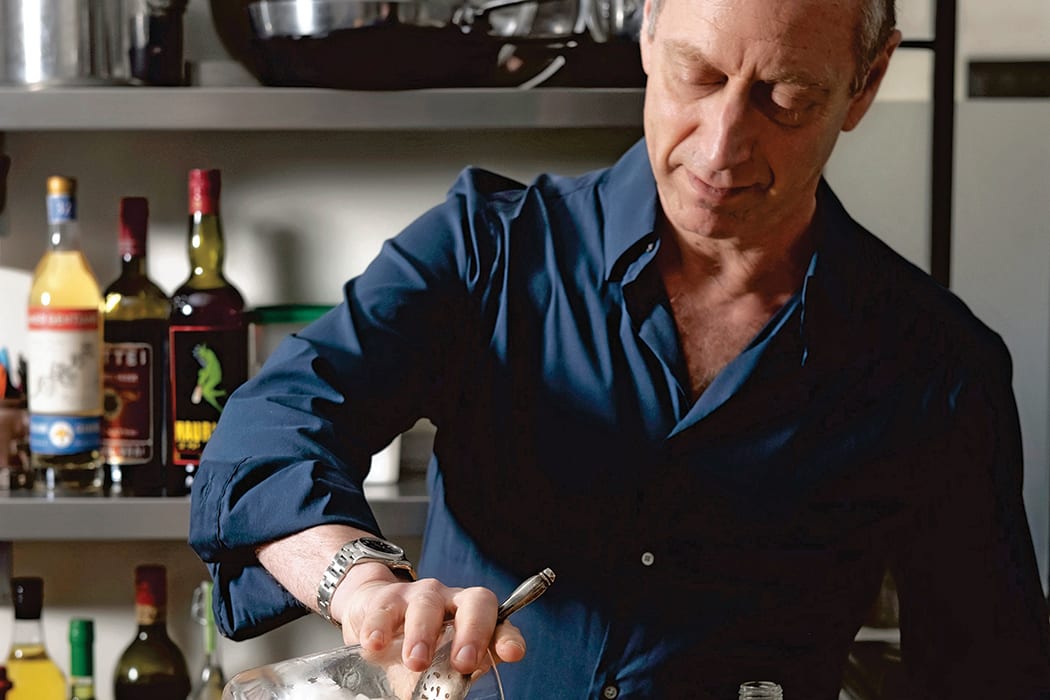 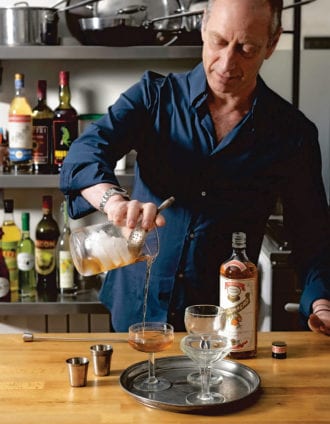 It’s no exaggeration to say that David Lebovitz invented the food blog. A professional baker and cook, Lebovitz spent 13 years at Berkeley’s acclaimed Chez Panisse before leaving in 1999 when he released his first book, Room for Dessert, and launched his website to share recipes and stories, which he regularly updates to this day. Lebovitz has now authored nine books, and since 2004 he has lived as an expat in Paris, finding endless culinary and cultural inspiration in the City of Light. His newest book, Drinking French (out this March from Ten Speed Press), explores the beverages and traditions that define the country. We spoke with Lebovitz about his daily drinks routine, his favorite French spirits, and the difficulty of doing nothing.

Imbibe Much of your past writing has been on food; what inspired your new book, Drinking French? David Lebovitz I write a lot about French culture in general because food is such a big part of their traditions. But I became fascinated by drinks, which are very important to French people—I think even more so than Americans and people in other countries. They have so many rituals surrounding their drinks, from a café au lait in the morning or a shot of espresso to a cocktail or aperitif in the evening. And when I do a book now, I like to tie things to the culture and explain why French people eat couscous or cassoulet. So it was interesting taking a dive into the beverage side. Plus, I was also spending a lot more time in cocktail bars, and one day I realized that bartenders are doing exactly what bakers do—mixing different ingredients to come up with something that highlights them all, but balances everything.

What do you think typifies the French approach to beverages and drinking? The French approach is slow, especially when they’re drinking alcohol, because they drink for a long time. After work, they’ll go have a glass of wine or a beer, and then they’ll just keep going. I live in the 11th arrondissement, which is a very hip, young neighborhood, and every night, even Tuesday night, they’re all out until one in the morning—and you don’t drink Old Fashioneds until one in the morning. The French just like to hang out. It was something I had to learn how to do when I moved to France—just sit there and not do anything. You see people in the cafés just contentedly looking into space, and I thought, “I want to be one of those people.” Or they’ll stand at a café counter for an hour in the morning with little cups of coffee and read the newspaper. We used to have that culture in America with diners, but that sort of got replaced with Starbucks and other coffee shops where people are usually on their laptops and so forth. But the French are really good at slowing down and not doing anything in particular, except having something to drink.

What French spirits or liqueurs that we don’t typically see in the states have you developed a taste for? Actually, in America, it’s amazing what’s available. Like Lillet, for example, which is hugely popular in America. Whereas in France, it’s more an attitude of, “Oh, that’s from Bordeaux. You go to Bordeaux to drink that.” But I did rekindle my love of Chartreuse, which I adore. I also love Calvados, and the aperitifs. In the book, I take a deep dive into how they’re made, because I wanted to go see the production and share it with readers. I went to Dolin Vermouth, and I spent the day with the owner, and he took out the old ledgers written with quill pen to show me the recipes. I asked if I could take a picture because the handwriting was beautiful, and the distiller said, with a bit of humor, “Why not? What, are you going to open your own vermouth company?” Because, obviously, you could never reproduce it. But many of them have been forgotten in France and are being resurrected in America, like Suze. In America, it’s standard in many cocktail bars, whereas in France people usually say, “Oh, my grandmother used to have a bottle in the cabinet.”

How did you decide which cocktails to include in the book? The book was supposed to be shorter and smaller. But the more research I did and the more people I talked to, I thought some of these cocktails, like the Brandy Alexander, needed to be represented as a better drink. I also have a whole chapter on making homemade infusions. There’s a pine-infused gin, so I thought I’d invent a drink that uses that. Same with elderflower liqueur. And for every infusion, I came up with a few cocktails to go with it. As I was researching, I would often taste cocktails that I thought were perfect for the book. I really wanted to show the diversity of French bartenders as well, so I would say about a third of the recipes came from bars.

It sounds like you’ve also amassed quite a collection of traditional drinkware. For a while I was collecting cocktail shakers. The problem I found was that if they’re bent, they can’t really be fixed, so now I carefully scrutinize them. I go to flea markets and I’m always digging for cocktail stuff. But I’m trying to dial back on things, except café au lait bowls—those I’m not dialing back on. Anytime I see a good one that’s a reasonable price and not cracked, I buy it. I have probably about 25, but I use them every day.

Which beverages punctuate your routine in Paris? Well, for me, it’s always a café au lait for breakfast. My editor said we had to include a recipe for it—milk and coffee—which is funny, so I wrote up how I do it. I don’t usually drink at lunch unless I’m going out. Although if I have a bottle of wine already open at home, I might have a small glass. Then usually, and I’m sure writers can appreciate this, by 5 or 6 p.m. I need a drink. I’ll have an aperitif, or glass of wine, or cocktail. For dinner, we always have wine. After dinner, I might have an herbal infusion, like mint or lemon verbena. My partner is French, and he really likes them and French people like to prolong the evening as much as possible, too. When you’re having dinner at someone’s house, people are always trying to figure out ways they can not go home. I’ll be falling asleep in my seat because it’s 1:30 in the morning, and they’ll ask, “Who wants an infusion?” And the evening continues … 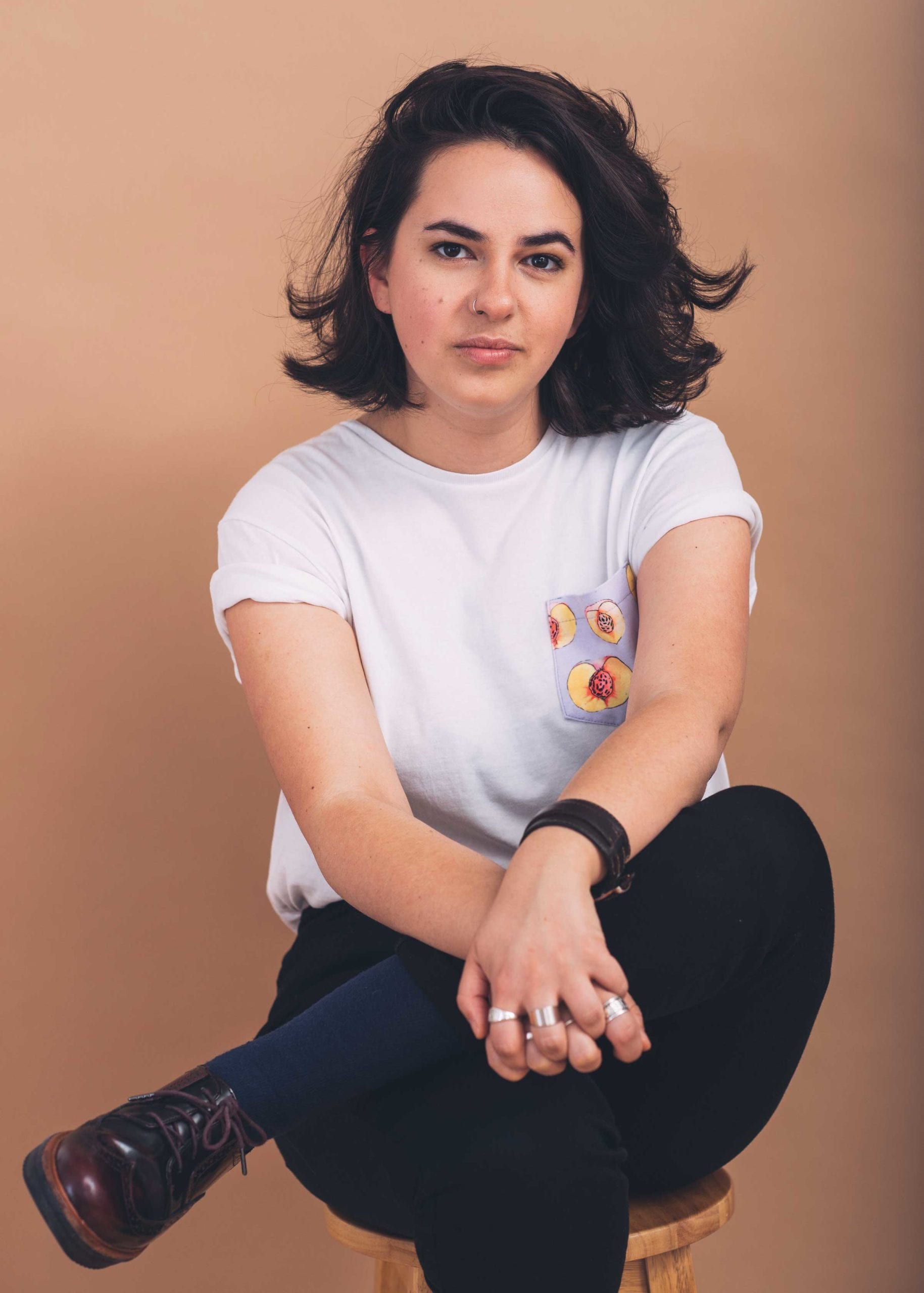 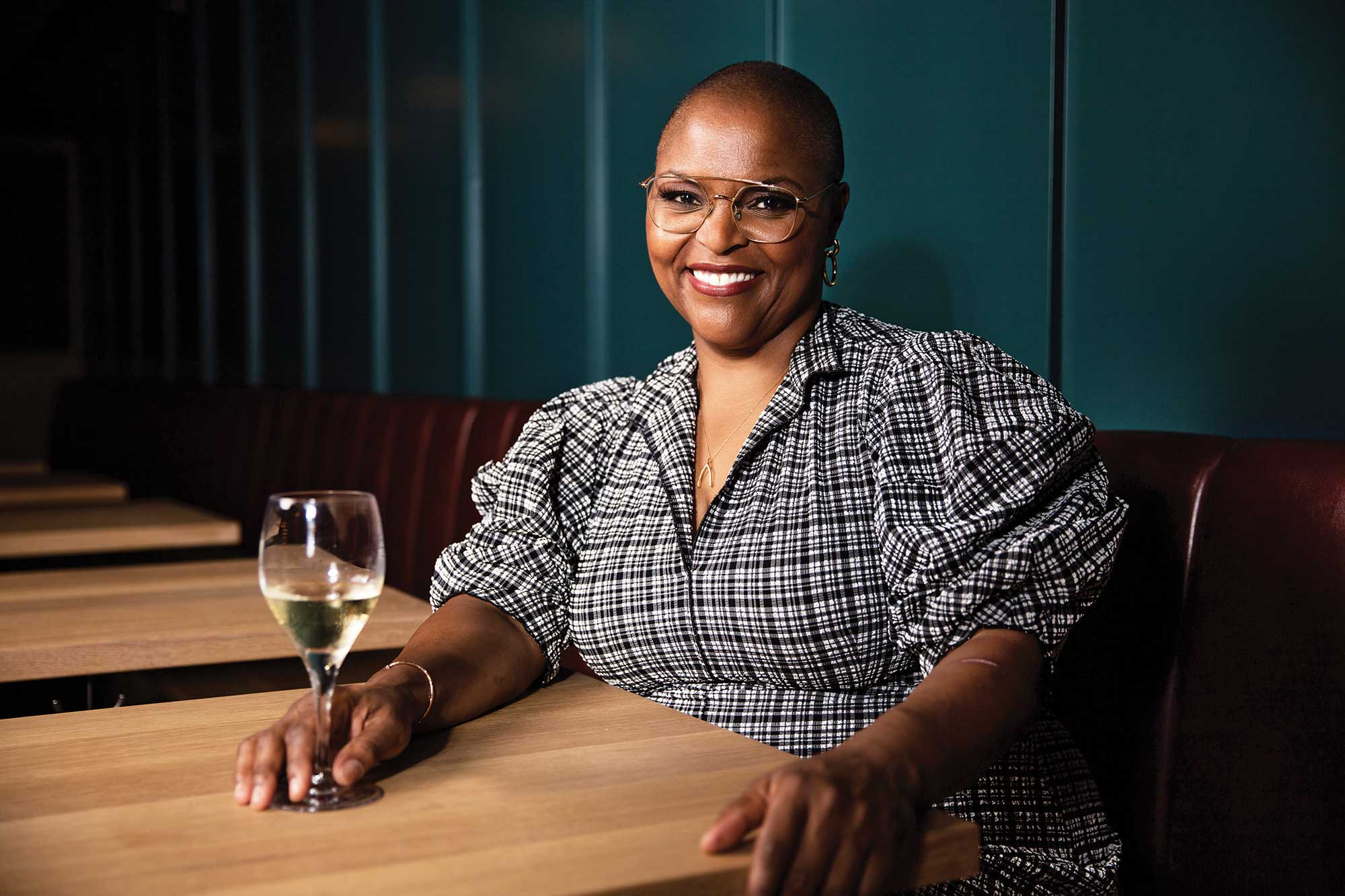 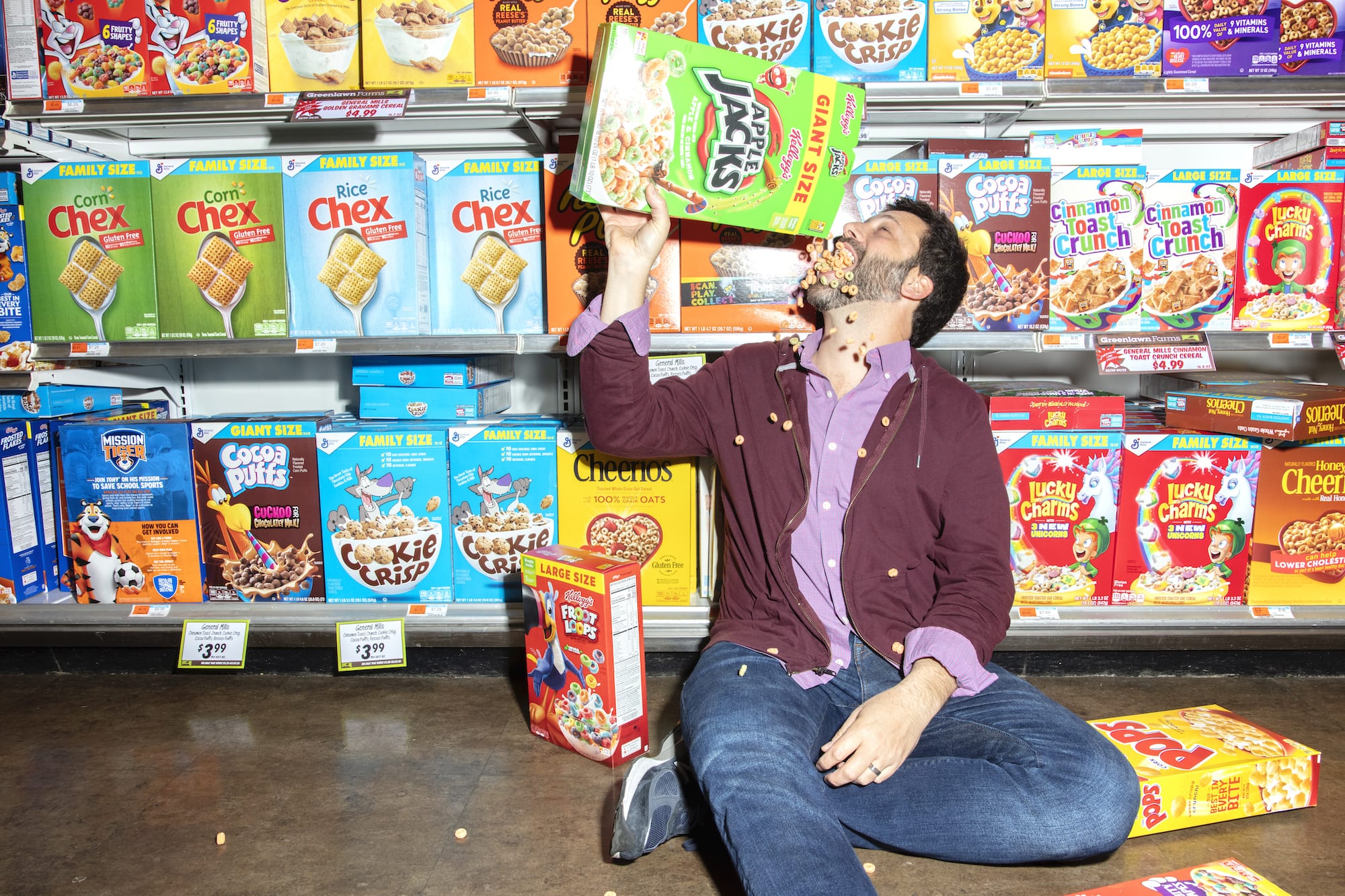