Marco Zappia’s Road Back to the Bar 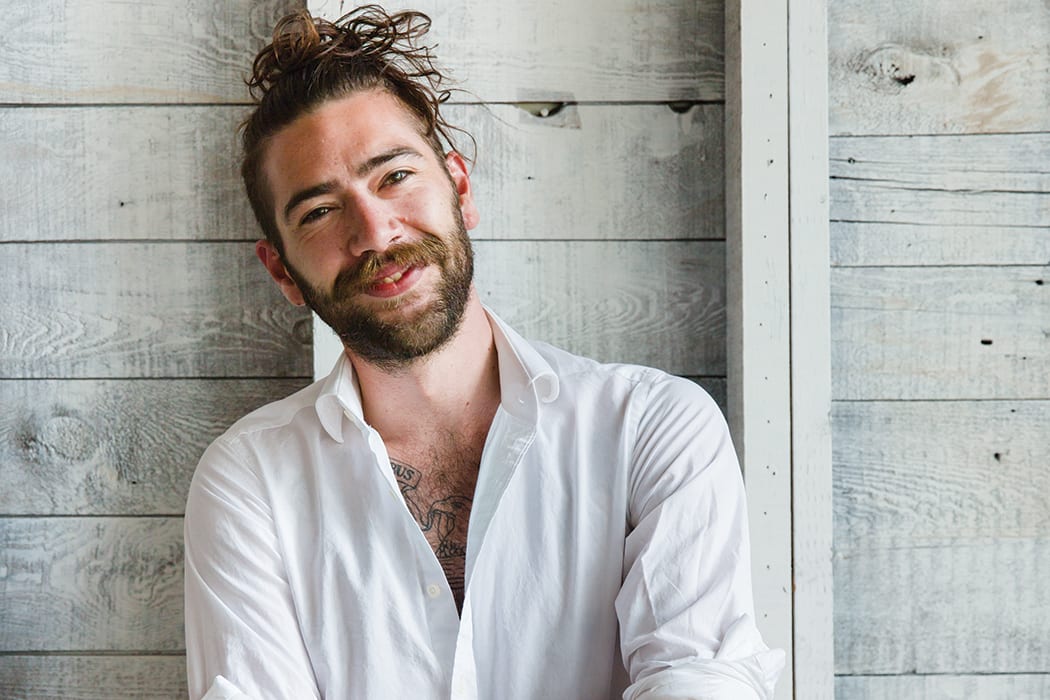 At just 26 years old, Marco Zappia’s career has already followed a trajectory many in the bar industry would envy. Starting out as a dishwasher at 17 in his hometown of Minneapolis, Zappia worked his way up the restaurant ranks and eventually landed behind the bar. His charisma and ambition quickly caught the attention of Bittercube co-founders Nick Kosevich and Ira Koplowitz, who recruited him to run the bar at their popular Eat Street Social. “From there I fell in love with cocktails, the culture,” he says. At 20, he was named a partner in the booming Bittercube business, traveling around the globe and partnering with famed bars and brands. It was the job of a lifetime, just not for Zappia. “I wanted to bartend again,” he says. “That moment of hospitality and creating a unique, immersive experience for a guest … I was craving that.”

It’s the human connection of hospitality that drives Zappia and the bar program he now heads at Daniel del Prado’s one-year-old Argentinian-inspired Italian eatery Martina. Zappia likens the skill of  “trying to figure out people’s motives and desires in a very short time” to concepts he learned as a college student—at age 14. A middle-school dropout, Zappia’s mother home-schooled him off an advanced curriculum. When the time came to test into the area high schools, Zappia’s scores were so strong that he ended up skipping high school and enrolling in Stanford University (he later studied at Berkley, then Bard, but never finished his degree). “I definitely applied the same skills I was taught, like critical thinking,” he says about entering the bar industry. “I consumed every cocktail book, every blog post and got into the history and figuring out the etymology of everything.”

But committing to a job that prizes technical precision, creativity and speed was intimidating. “There’s a fear of being exposed and vulnerable, accepting that you’re not good at something that challenges you,” he says. “Either you give up, or there’s the idea of mastery, just putting your head down and doing the work.” Zappia chose the latter, refining his skill set by studying his mentors. Now he finds a certain zen on busy nights behind the bar where no movement is wasted.

At Martina, Zappia serves drinks that glow with Amazonite gemstones, ones with a backbone of nori-infused gin and others made with four different amari. To some, they might seem unnecessarily fussy, but his curiosity and eagerness to play with flavors arose from a childhood of culinary experimentation. “My mother was really into permaculture and sustainable agriculture,” he says. “Food was definitely important in terms of the nutrients and where food comes from.” Any time his mom started a new diet, Zappia followed suit, slurping down things like beet and seaweed juice. As he tinkered with flavors during his time at Bittercube, he felt a strange sense of nostalgia. “Suddenly we were making bitters using this crazy botanical library, smelling all these things, and I was like, ‘Oh, I know this smell!’ ”  he says. “I know this from my childhood.”

With a whirlwind career packed into six short years, Zappia has developed a strong ethos that now governs his approach behind the bar. For starters, he doesn’t hire bartenders. “I usually hire art students and baristas,” he says. “Baristas for the attention to detail and art students for their creativity.” He also believes ordinarily proprietary information about a bar, like recipes, should be exchanged freely. “Someone should look at a recipe and improve upon it—and I want to hear about it.” And he champions the idea of a brandless bar—mixing spirits to create house blends. “I’m coming from the perspective that bars should be egalitarian and the focus shouldn’t be on the brands, but rather on the flavors and the people,” he says.

While his cocktail menu may be devoid of brand names that guests might typically look for when ordering, Zappia sees this approach as a way to create a new dialogue about drinking, understanding what people truly like, rather than falling back on brand recognition. These principles will follow Zappia to Colita, his second collaboration with del Prado specializing in Oaxacan plates and revamped Tex-Mex housed in a former gas station. For the drinks, Zappia is zeroing in on fermentation and is developing six unique ferments, including a pulque, a Lacandon mead called balché with yeast from the bark of a Minnesota silver birch and fermented honey liqueur, and a koji-fermented nine-grain horchata with Minnesota wild rice. On the eve of the restaurant’s opening, he balances excitement with the trepidation of trying something different, but so far the Twin Cities have proved fertile ground for his ideas. “Coming from a secondary market, I feel there’s a different level of influence,” he says. “If we mess up, we’re not in the national spotlight.”