A long and winding road led Joseph Wesley to the tea business.

After leaving what he calls a fairly typical Midwestern suburban upbringing in Michigan to study Islamic economics in Malaysia during college, Wesley traveled the world. Everywhere he visited, he found himself enjoying tea—from sipping with friends in Europe and Russia to drinking teh tarik with rugby mates in Kuala Lumpur’s night markets and learning about South African tisanes with local families in Ethiopia. But when he landed in Western China for a fellowship with the Princeton-in-Asia program, his tea awareness and appreciation transformed.

While teaching at a university in the Xinjiang provence, Wesley would often take the bus into the center of Ürümqi, where he’d sip tea with local merchants. “These merchants spoke of tea through metaphor, poetry, storytelling and mythology—just the language I needed to understand the breadth and depth of tea, its history and its cultures and to start making connections between the moments I cherished in various corners of the world and with tea,” he says.

Wesley was inspired to launch a business that would bring these tea stories to life, but his dream would have to wait. First, he returned to Michigan and worked at a law firm to help pay off his student loans. Then the market crashed. “Here in Detroit it was more of a depression,” he says. “It was horrendous. So if you had a job, you hung on to that job.”

Flash forward eight years. As the economy started to look up, Wesley finally felt like he was in a position to make his vision a reality. “Ultimately, it was like my mid-life crisis. I was in my forties. I didn’t have the money to buy a corvette, so I opened a tea company.”

In 2013 he launched Joseph Wesley Tea launched, focused on importing direct-sourced, single-origin, estate-grown teas from China, India and beyond. To find the best representations of Darjeeling from India, smoky Chinese Lapsang Souchong and more, Wesley travels to Asia at the beginning of each year’s harvest, relying on a network of partners and connections to help him identify where and whom to source from each year. “It’s really hard to explain, but a country of 1.6 billion people shrinks rapidly when you start following leads,” he says. “If there’s a connection and I like the producer, his tea and is philosophy about tea, we sell his tea. If not, we find another grower.”

Wesley isn’t trying to change the way America drinks tea. Instead, he aims to introduce people to new tastes, aromas and experiences.

More than changing perceptions, my mission is to be a steward of the Camellia Sinensis plant, its intoxicating histories and cultures, and to connect people to an amazing drink.

“I believe that tea is deeply personal and resonates best at the micro level not the macro,” Wesley adds. “So, I like to say, ‘When you are ready, tea will be there for you.’ There have been numerous times when I share tea, watch the proverbial light go off in someone’s head, and hear that person declare, ‘That’s really good!’ I wish I could bottle that experience.”

Click through the gallery above for a glimpse of Wesley’s 2014 harvest trip to to China, with images shot by photographer Marvin Shaoun and captions in Wesley’s words. Then, read more about the people and places shaping the drinks scene of Detroit in the September/October 2016 issue. 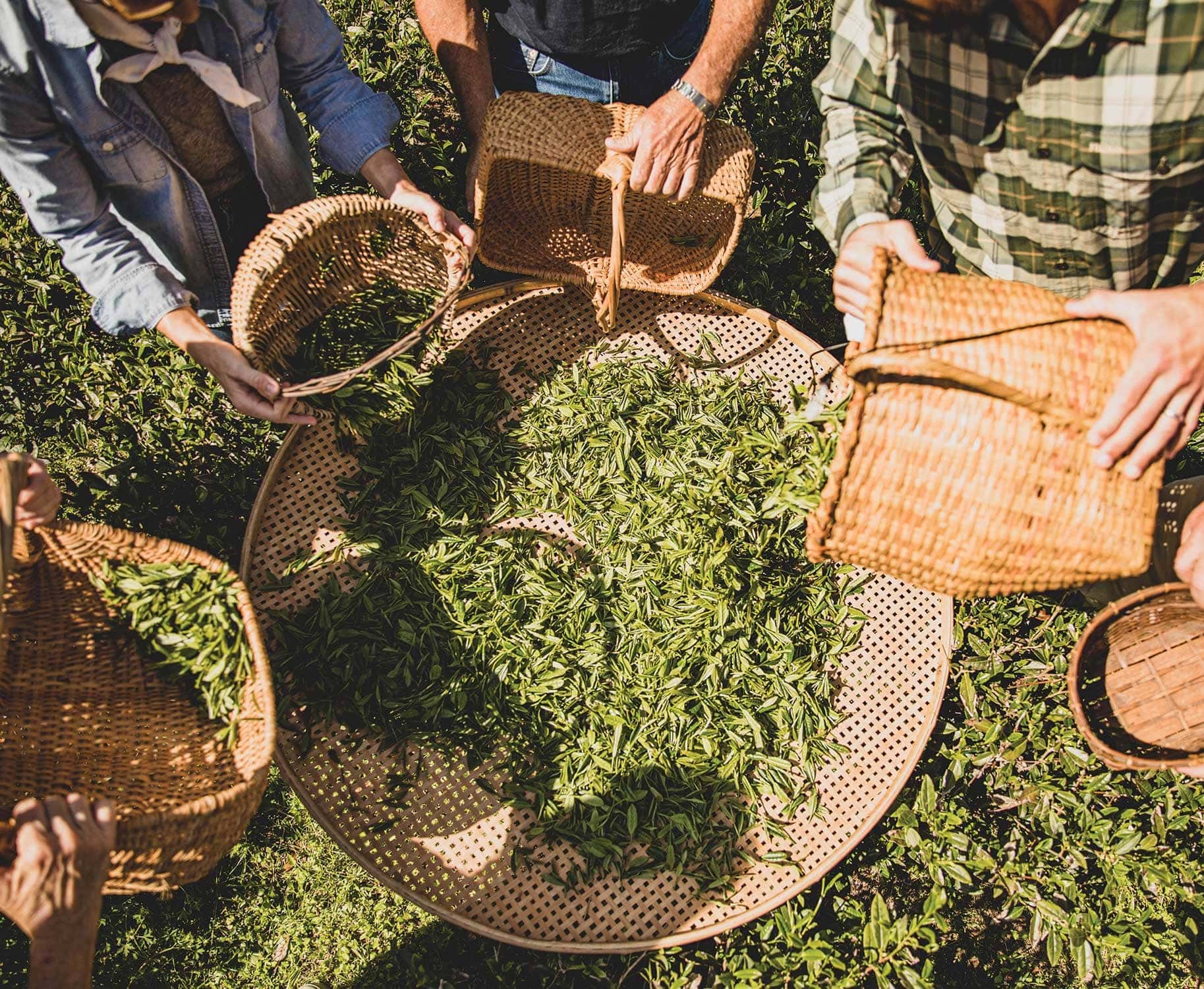