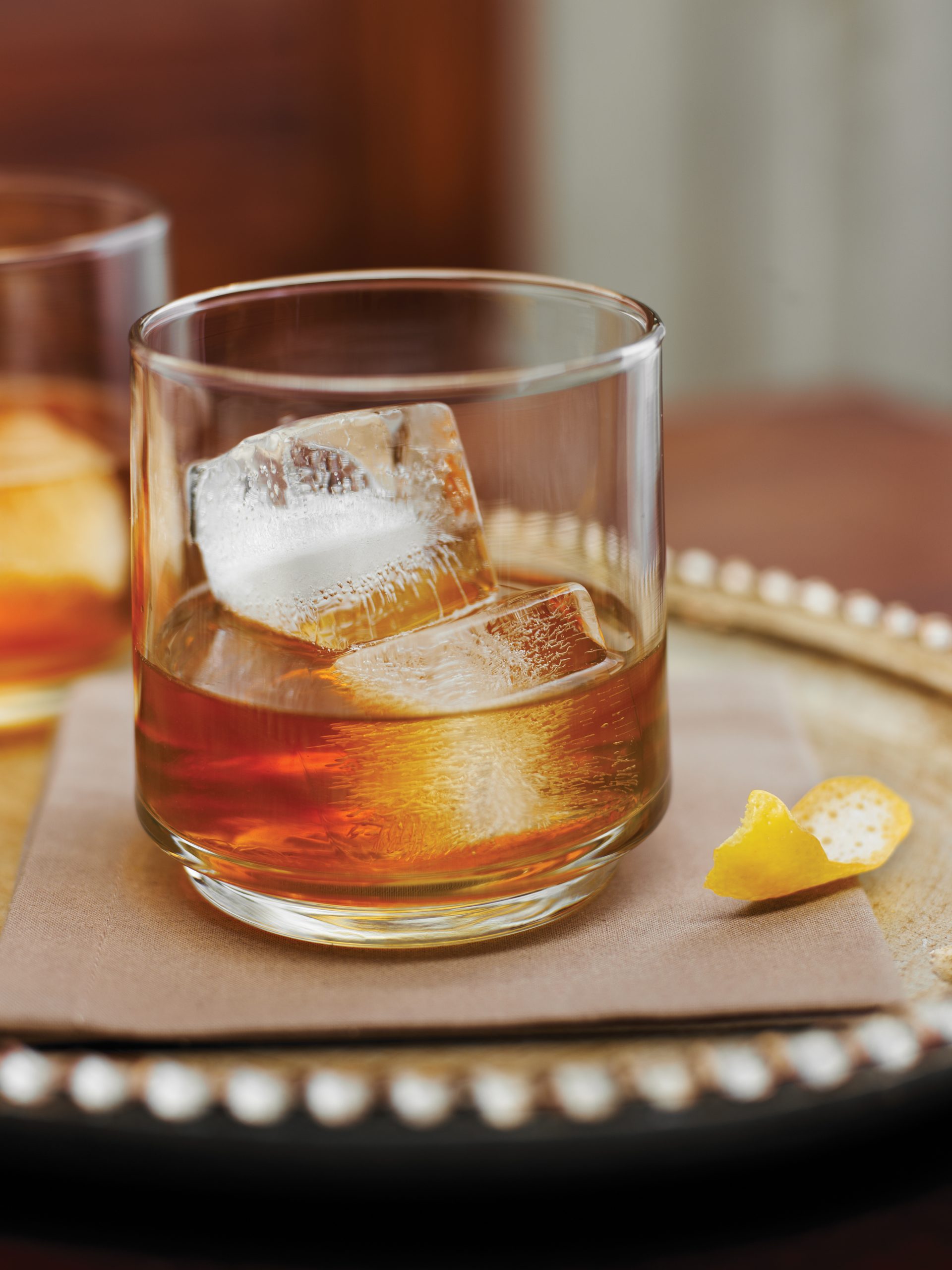 New York City has a long tradition of asserting ownership of things it did not invent. Pizza is from Naples, the skyscraper from Chicago and attitude from, well, I’m sure the citizens of Babylon had that. When New Yorkers see something useful, they don’t borrow, they take. Look what happened to the cocktail. By the third decade of the 19th century, every American knew two things about this popular morning tipple: one, that it was made by dissolving sugar in water and adding a slug of liquor and a “shade” of bitters; and two, that it was an American creation.

But in fact, as far back as the 1690s, the London apothecary Richard Stoughton had been advertising his Magnum Elixir Stomachicum, or “Great Stomach-Elixir,” a concoction that was “of a very delicate Flavour (tho’ bitterish Taste)” and, of course, useful for just about anything that ailed you. However, Stoughton’s “bitter,” as it was popularly known, did its best work when a teaspoon of it was taken in a glass of Canary wine or sherry the morning after a night of drinking. Since those wines were both fortified with brandy and sweetened, we have the mixological equivalent of the cocktail right there. By the middle of the 18th century, a certain—rather disreputable—class of London drinker had learned to replace the wine with brandy or the foul English gin of the day, both of which were also likely to have been sweetened.

Not even the name “cocktail” seems to be fully American. A 1798 bit of satirical humor from a London newspaper, a fictitious transcription of the bar tabs some political figures of the day supposedly ran up at a Downing Street public house, includes among them a listing for “cocktail, (vulgarly called ginger).” This is unlikely to be our cocktail, since the price listed for it is so low as to preclude any spirits being in it, but it nonetheless brings the name into the orbit of pub drinks, five years before we hear of a drink called “cock-tail” in America.

In America, however, the drink and the name came together, never to be sundered. Although the booze-bitters-sugar “cock-tail” saw print in 1806, in a newspaper from Hudson, New York, a hundred-odd miles upriver from New York City, there were other versions that included extra ingredients or left out essential ones. It was in Manhattan that, like so many other provincial newcomers, the cocktail found its true self. In the hands of bartenders such as Orsamus Willard of the City Hotel, Cato Alexander, a freed slave who owned a coaching inn in the wilds of what is now the Upper East Side, and Sherwood “Shed” Sterling of the magnificent Astor House Hotel, this obscure morning anti-fogmatic became one of the cornerstones of drinking in New York and then across the country. By 1820, the drink was circulating throughout the city, referred to in the newspapers without need for explanation.

From a hangover cure, the cocktail evolved into a pick-me-up, an aperitif, an anytime-drink. Raw New England rum or Monongahela whiskey gave way to imported French Cognac or, the city’s favorite, Dutch gin. Once cheap ice became available in New York the cocktail got iced, and by the 1840s, the New York cocktail had even picked up such fancy touches as dashes of absinthe and twists of lemon peel. Finally, a decade or so after the Civil War, as if to acknowledge the increasingly cosmopolitan place the city had become, this still-simple formula began incorporating Italian or French vermouth, yielding a Metropole Cocktail (with brandy), a Turf Club Cocktail (with gin) or, of course, a Manhattan (with whiskey).

By that time, the cocktail was a national drink—the epitome of American mixology. But it still had a special place in the hearts of New York City drinkers. There’s something about the quick, cold snap of a well-made cocktail that fits Gotham’s pace. The recipe I’ve included is for the cocktail as it was when it first captured the hearts and livers of New York drinkers, made with either genever—Dutch gin—or French brandy, and served on ice. If you want to replace the sugar and water with a teaspoon or so of rich simple syrup (two parts sugar and one part water), stir the drink with ice and strain it into a chilled coupe, well, that’s just what New Yorkers did to it once the city started to really jump, back around 1850.

In an Old Fashioned glass or other small tumbler, muddle a cube of Demerara sugar (or a teaspoon of loose Demerara) with ½ an ounce of water and 3 dashes of bitters. Add 1 or 2 large ice cubes and 2 ounces of genever or Cognac. Stir and serve. Optional: Add 1 or 2 dashes (the kind of dashes you’d get from a bitters bottle) of absinthe into the glass and twist a swatch of thinly cut lemon peel over the top, not forgetting to rub the peel around the rim of the glass.