A Guide to Grilling for Cocktails 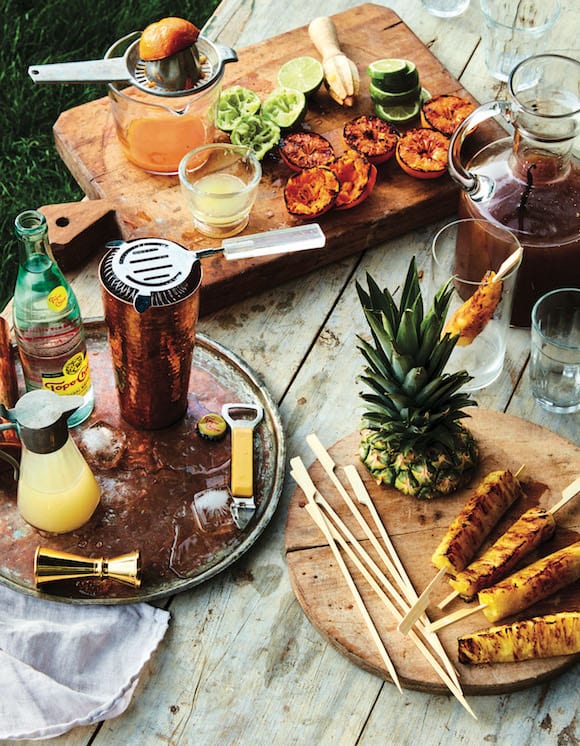 This summer, when you’re firing up the grill, think beyond what you’re eating and consider what you’re drinking. Adding a char to ingredients like pineapples or lime wheels can deepen the flavor of cocktails, says bartender Leigh Lacap, who often turns to the grill for inspiration behind the bar at Campfire. “There are subtle nuanced flavors you get from grilling your [fruits and veggies],” he says. Here are a few tips to get you started.

Pick Your Produce From star fruit to bell peppers, the possibilities for what to grill are endless, but certain fruits and veggies work better than others. Paula Disbrowe, author of Food52’s book Any Night Grilling, notes that the acidity of limes, lemons and oranges make them complementary to smoke, and while many use grilled citrus as a garnish, grilled citrus juice adds a deeper caramelized flavor to her Grilled Satsuma Margarita. Likewise, in the Roasted Negroni Sbagliato, an orange wedge is lightly roasted then muddled with vermouth for extra depth.

At Vistro in Chicago, peaches get roasted over flames for the Peach Better Have My Honey drink, and pineapple is also a perfect candidate for grilling, as illustrated in Disbrowe’s Grilled Pineapple Punch combining dark rum, ginger liqueur, pineapple juice, lime juice, cinnamon and vanilla bean, with a grilled pineapple skewer garnish. “[The pineapple] is juicy, but it can hold its own on the grill so the bright flavor that makes you pucker a little bit—that wonderful acid—is a natural fit with that nice hint of char,” says Disbrowe.

Watermelon loses a significant amount of water weight on the grill, which yields a more concentrated flavor. “If you’re at home, throw some watermelon on the grill and put it in some vodka or gin, let that sit for a little bit and then make a punch out of it—it’s so good,” says Josh Relkin at Proxi in Chicago.

Vegetal flavors shine in grilled cocktails as well. “I love the way the fire brings out more of an umami quality,” Lacap says of his Roasted Beets cocktail. “I think we’re so used to looking for the sweetness in things that we forget about [savory flavors].” Grilled corn also works beautifully when muddled in the Del Huerto cocktail, and at Proxi, Relkin uses fire-roasted corn to bring a savory element to tequila in the El-OTAY! cocktail.

Once you’ve decided which fruits or veggies to grill, ripeness is key. “Choose fruit in that middle ground between ripe but not too ripe,” Disbrowe advises. “Select things that yield slightly to the touch because you want them to hold up to the heat.”

Put in the Prep To avoid casualties between the grates, you’ll want sizable pieces that can withstand a bit of shrinkage from the heat of grilling but will still pick up plenty of char. Pineapple is typically prepped for the grill either as rings or in larger skewers. “Since you’ll ultimately use a certain amount of the pineapple, you should slice it in whatever way you choose, both for appearance and ability to wrangle on the grill,” says Disbrowe, noting that larger sections will hold their shape better for garnishing drinks or infusions.

With lemons and limes, if you aim to use the juice for the cocktail (like in a smoky margarita or paloma), cut the fruits in half and grill cut side down so the juice soaks up a little smoke but stays intact inside the half-moon. Citrus garnishes are just as much about aesthetics as they are about aroma and flavor, so slice them into thin wheels and cook them just long enough to see grill marks before allowing them to cool (then use them to decorate drinks like the Red Eye Negroni).

Stone fruits, such as peaches, can be cut into large slices and placed horizontally across the grill, while smaller whole fruits like strawberries can simply be placed on the grill whole. For anything you’re unsure of, a grill basket is a safe bet to capture the flavor of the fire.

At Campfire, Lacap enhances the natural flavors of fruit and veggies by rubbing them with salt or sugar before grilling. “If we wanted to bring a warmer, wintery flavor we’ll add brown sugar or demerara sugar and maybe some winter spices,” he says. Often, he’ll add a thin layer of neutral oil. “That really grabs all of the smoky, woody elements from the grill but not in an overwhelming way; it helps amplify the flavor once you make a syrup out of it or juice it.”

Ready the GrillHot dogs, hamburgers, fish—all flavors we love but don’t necessarily want to taste in our drinks. Disbrowe advises a three-step process to clean and oil your grill’s grate. Heat the grill to medium to medium-high heat and run a paper towel with a bit of cooking oil quickly over the grates to pick up debris. Then use a metal grill brush to scrub the grates before running over them again with a fresh paper towel with a bit more oil (to prevent things from sticking). “Once the grill is hot and clean, you’re going to sizzle whatever you’re using for cocktails and then move on to the rest of the meal,” she says, recommending a grill basket if you’re running short on time.

To maneuver the fruits and veggies, Disbrowe recommends using a slotted fish spatula. “It’s my favorite way to get under there without losing any of the nice char marks you create. It’s got such a thin lip—one decisive thrust under the fruit and you can flip it over and it’s done,” she says. “And if the grill is oiled and you’ve left it there long enough to establish those marks it should lift easily off.” Resist the urge to fidget with the produce, and if you don’t have a spatula on hand, tongs will do the job.

While many restaurants use advanced grill set-ups and even specific types of wood to impart certain flavors, the beauty of grilling at home is flexibility. On her grill, Disbrowe uses lump charcoal because it burns hot and bright. “Wood imparts a distinct flavor, but you’re going to burn through it more quickly and it won’t maintain the heat that charcoal will,” she says. If you’re after the flavor of wood smoke, Disbrowe advises using charcoal with the influence of wood by adding either a couple of wood chunks adjacent to the hot bed of coals or pre-soaked and drained wood chips.

Less Fire, More Flavor Disbrowe says the goal of the grill is to give your ingredients “a kiss of heat,” not a blast of fire. Regardless of the type of grill you’re using, keep the heat at a moderate level and make sure there’s four to five inches between the heat source and the grate. After lighting, wait until the coals are glowing red and covered with fine gray ash. “The flames that appear early in the process will have died down to create radiant heat” at this point, she says.

Once sizzling, more delicate items like citrus halves and thinly sliced fruits and veggies will only need about a minute or two to develop a nice char. Sturdier, infusion-bound fruits like pineapple skewers or halved peaches can withstand around five minutes per side—just be sure to keep the heat at a moderate level so the outside doesn’t burn before the inside cooks through, says Disbrowe. 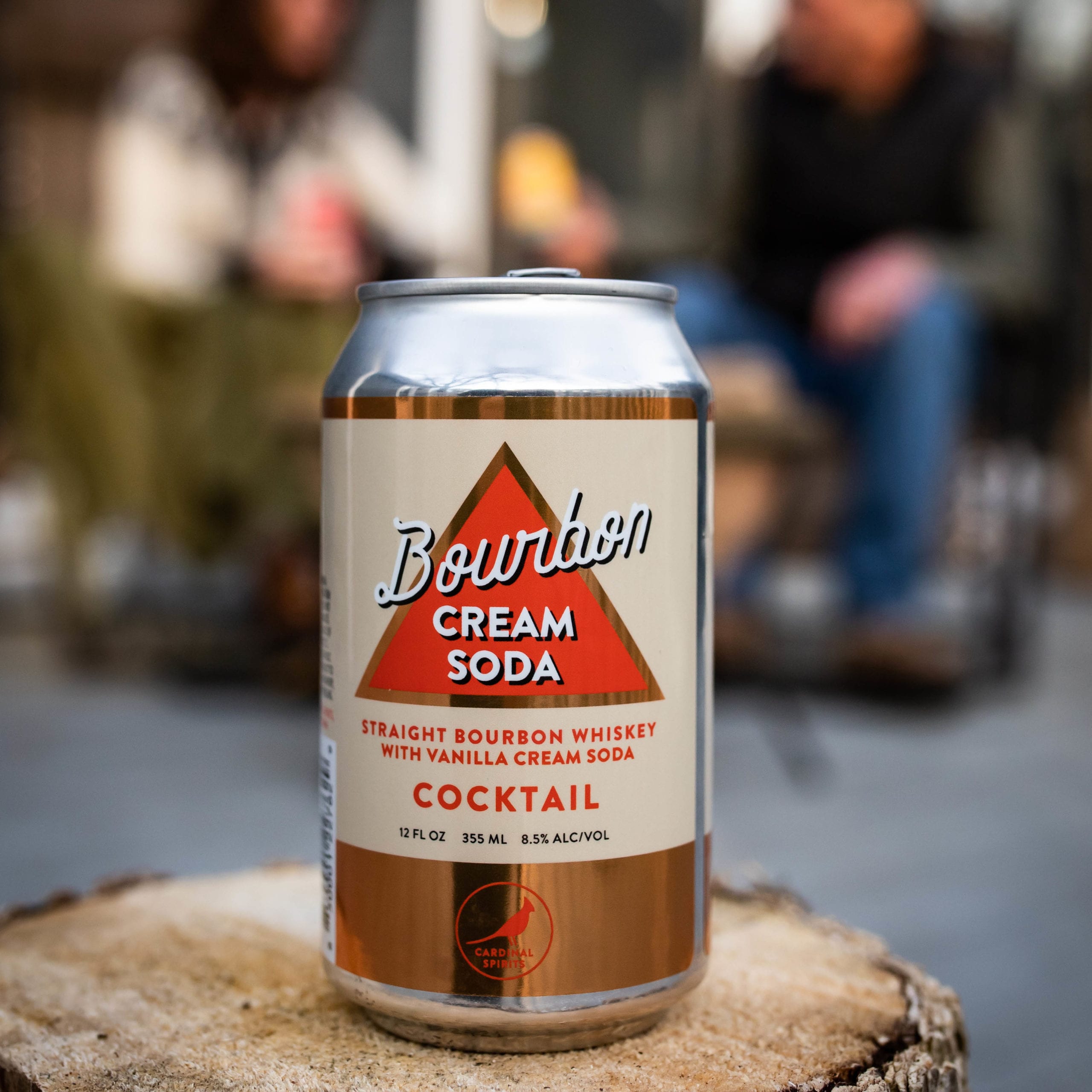