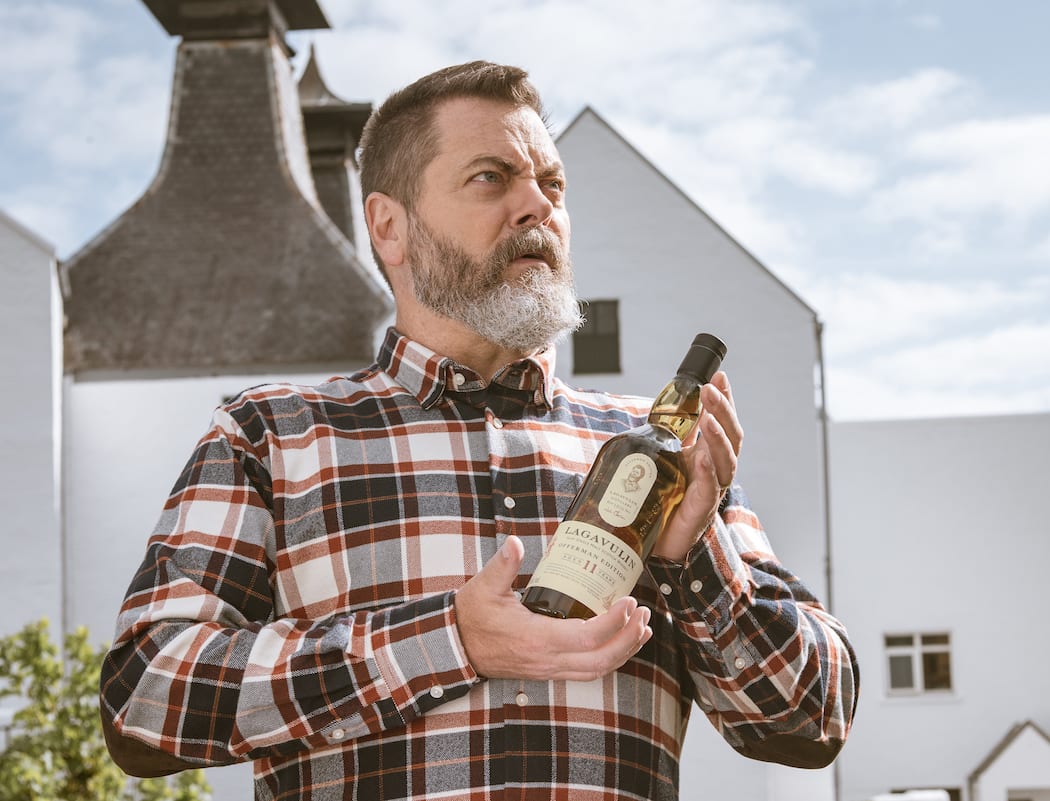 In our November/December 2019 issue, we catch up with actor, comedian, woodworker and scotch devotee Nick Offerman. Offerman’s well-publicized love for scotch went next level with the newly released Lagavulin Offerman Edition 11-Year-Old Islay Single Malt Scotch Whisky. “I’m still absolutely gobsmacked that this is happening,” Offerman says. Tracking with his character Ron Swanson’s storyline from Parks and Recreation, Offerman was invited by Lagavulin to visit the distillery and create his own blend. Selecting and mixing from among 30-plus expressions with a Lagavulin cask master, Offerman found a blend that “made us sit up and say howdy.” The result is a lively mix of peat smoke and woody spice, balanced with sweet stewed fruit and a hint of vanilla. “They sent me a finished bottle of it and I was pretty nervous,” says Offerman, “but I was tickled that it was just as charismatic as I remembered.” $95, reservebar.com