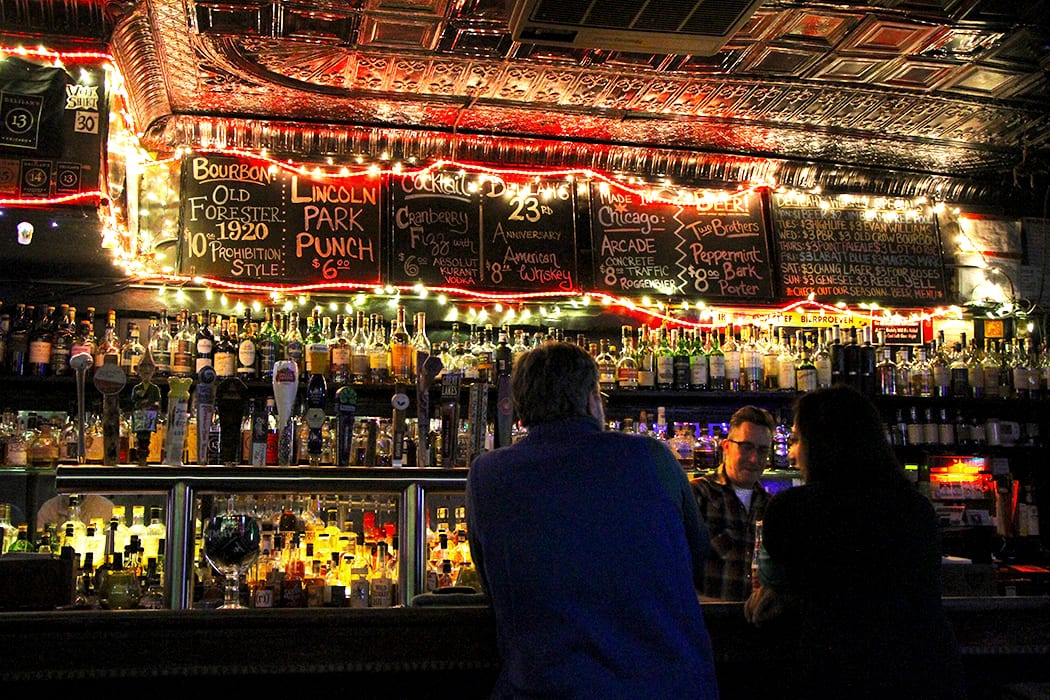 As fancy new cocktail bars continue to grab headlines around the country, much has been made about the ever-diminishing numbers of dive bars. With many shuttering due to rising rents in gentrifying neighborhoods, and others getting bought out from restaurant groups and transformed into more polished establishments, dive bars are becoming a bit of an endangered species. Throughout 2016, we’ve explored the role of neighborhood bars and how they’ve transformed over the years, and often, labels of neighborhood bar, corner bar and dive bar are used interchangeably. But as the “dive” label becomes increasingly thrown around as both buzzword and pejorative, we thought we’d look at what that moniker means to people who actually run bars known (and loved) as dives.

Mike Miller, owner of iconic Chicago establishment Delilah’s, is eager to speak to the topic. Working with a shoestring budget, he and his partners opened the bar in 1993 in a building that had operated as a bar since 1894. They renovated the space enough to pass code and stocked the shelves with some booze. When broached about the bar’s reputation as a dive, Miller is quick to bring up one of the most prevailing definitions: appearance. “We’re not a dive bar, we’re a dark bar,” he says. “I walk the line a little bit on the expression, because I’m comfortable with it as long as it doesn’t mean dirty. We are consciously creating an environment that we believe to be entertaining, clean, safe and engaging to people. I like dive bars, but I’m not a fan of dirty bars.”

For Miller, it’s an important distinction, so he’s made sure to stay on top of upkeep and renovations. Over the past 23 years, that’s landed Delilah’s on a swath of best-of lists, from “Best Whiskey Bars” to “Best Punk-Rock Bars” to, yes, “Best Dive Bars.” “I’m always pleased when people want to recognize what we do, but I’m a little funny about being pigeon-holed, which is [another one] of my issues with being called a dive bar, because we’re more things than that,” says Miller. “We didn’t set out to be a dive bar, or a whiskey bar. We set out to be Mike’s bar.”

Is it intent that sows the seeds of a dive bar? It’s a question that was volleyed at this year’s Tales of the Cocktail, where Miller participated in a panel discussion called “Elevating the Dive Bar” along with Alastair Burgess (Happiness Forgets, Original Sin), Damian Windsor (Roger Room, Westbound) and moderated by Michael Neff (Holiday Cocktail Lounge), who believes intent plays a big role in the discussion. “One dimension of a dive bar is the idea that we’re here to do exactly what we want to do. You, as a customer, are welcome to participate, but you have to conform to our place—not the other way around. Dive bars very personally reflect someone’s ideal and they stick to it,” says Neff. “In every bar we work to build a culture, and the culture of a dive bar is set by both the people who work there and equally by the people who go there.”

Miller also believes intent is indeed a key component—appropriate given the name of one of his current Chicago favorites. “One of the best places that I’ve been to over the past year or so is a place called Best Intentions. It’s an old neighborhood joint, but they’ve upped the ante,” he says. At the bar, a jukebox and $2 Coors on tap juxtapose a menu with original cocktails (like A Spritz in the Dark, pictured) that some might consider in the “craft” realm. The crowd is a mix of young hipsters and older regulars from the neighborhood.

Many might say the way Delilah’s and Best Intentions have evolved over the years discounts them as true dive bars, because change and progress is often the enemy of an older, comfortable space. In this way, dive bars are a little like punk rock bands: if they find any measure of mainstream popularity, they risk the revolt of their own supporters. It’s a fine line for bar owners to walk. How do you evolve to remain competitive without compromising the very divey nature that your regulars appreciate? To this, Miller goes back to Best Intentions. “They made it fun without changing the aesthetic dramatically—they’ve injected it with energy,” he says. “The guys who are running it really believe in it. They foster a good sense of community that sometimes gets lost today.”

In that sense, maybe it’s the relationships that grow out of a bar that contribute to a dive’s character more than its appearance. “One important thing we do is introduce our regular customers to other regular customers,” explained Burgess during the panel discussion. “It’s about building a community and relationships within the bar itself—that’s what a bar really is all about. In the day and age of computers and the internet, you can do everything from your phone straight from your pocket. The bar is the last bastion of social activity where you can make friends, meet new people, without any hidden agenda.”

It’s these intangible merits that take the definition back to the root of why we all love a good dive. “Culturally, if you can bridge the gap between generations and maintain this community of people who have been going there for 40 years, you’ve maintained this idea of being a dive bar without having to be a shitty bar,” says Miller. “If you approach your bar and your community from what you want to achieve, you can take any space and turn it into something successful and fun.”