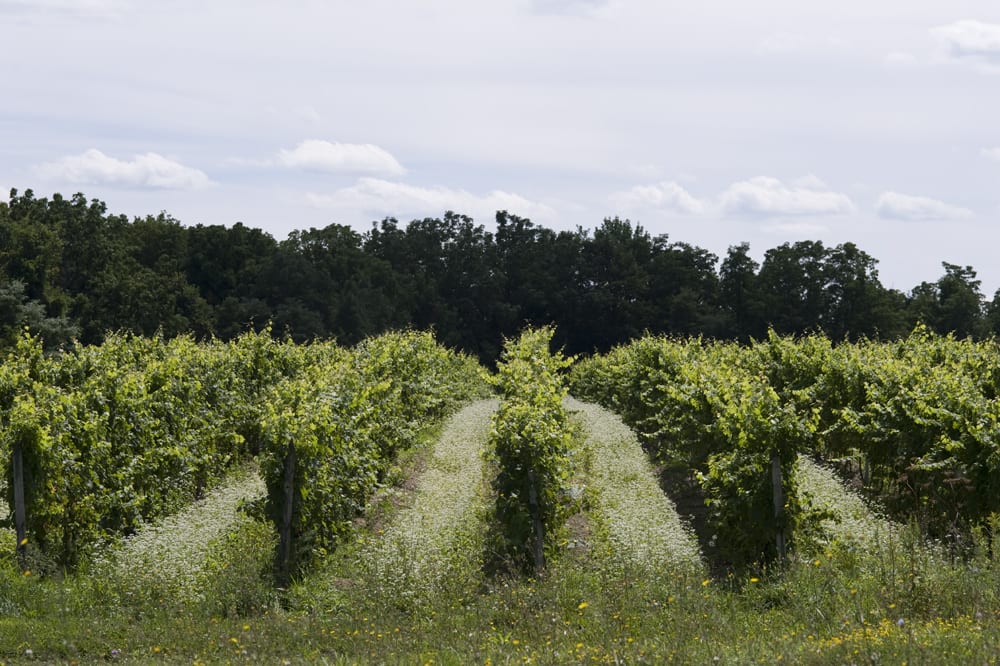 For those looking to write their names in history books, it’s usually better to break the rules than follow the leader. And while that philosophy doesn’t always apply to a tradition-rich realm like winemaking, a relatively small but swelling community of vintners is bucking modern conventions to make big, idiosyncratic wines with flavors that hearken back to the early days of fermentation. By turning their attention from the fields to the cellar—where a similarly sprawling, flavor-producing ecosystem also exists—these winemakers are working to capture another layer of terroir—by harnessing the power of yeast.

For most of wine’s lengthy history, fermentation started organically, thanks to an entire galaxy of these resident or “native” yeasts. But what seemed like magic long ago is bonafide science today. Labs have isolated effective yeast cultures according to the grape varietals they work best with, and named them accordingly; The industry standard calls for these yeasts to streamline flavor, and the reliable, clean and ever-accessible strains like 71B-1122 or QA23 gobble up sugar and produce alcohol with the straight-faced efficiency their names evoke. It’s perhaps the only somewhat predictable element left in the topsy-turvy process of winemaking.

Yet because wine is an extension of personality and not all of the players want to play it safe, it’s only logical that these vintners are returning to the wild yeast. In many ways, it’s a means of trading control for character.

Chad Stock of Minimus Wines in McMinnville, Oregon, aptly dubs his wines “experiments.” He’s tried just about everything you’re told not to do in the cellar, and all of his wines (with the exception of one made with the addition of Brettanomyces), are the product of native yeast. “I prefer to ferment with native yeast for its unpredictability,” he says. “Working in a chaotic environment produces the most compelling expressions of wine.”

He loves the prevailing inconsistency—something other winemakers might frown upon. “Sometimes the wines turn out rather simple, wearing their fruit on their sleeves, and sometimes they are incomprehensibly complex,” he says. And while this chaos can occasionally mean catastrophe, Stock simply trashes unacceptable wine rather than treating it—a routine that doesn’t take away from the thrill of experimentation.

Hungry for a little more risk and reward, Kim Engle of Bloomer Creek Vineyard in upstate New York walked away from commercial strains in 2010—adopting an Old World approach inspired at least in part by sampling some mind-blowingly good natural wines from France’s Loire Valley. In retrospect, he considers streamlined fermentation downright invasive. “The use of cultured yeast, even in small amounts or for special situations, might lead to contamination in the cellar as these strains tend to be selected for aggressiveness,” he says.

Traditional commercial strains tend to dominate in the cellar and once they’ve set up shop, they’re tough to push out. The fact that they outmuscle native strains during the course of fermentation and carry a wine all the way to dryness without any hiccups is music to the ears of many winemakers. But it’s nails on a chalkboard for those looking to spotlight natural yeast’s influence, which tends to be shyer and more susceptible to stalls along the way.

His winemaking philosophy, like the others, is not without risk. Whereas most winemakers spray for rot in the vineyard, Engle encourages it, making a Euro-style “noble rot” riesling some years. Engle believes this style, centuries old, concentrates flavors and complexity, affording his wines added earthiness and dried fruit and honeycomb flavors. He also makes Pinot Noir and Gewurztraminer, among others, that he believes best manifest the benefits of native yeast.

Farther north, in Maine, Brian Smith from Oyster River Winegrowers learned the hard way which styles of wine take better to native yeast than others. In his experience, red wine fermented this way tends to pick up unwanted notes of nail polish remover (ethyl-acetate, technically), but instead of dumping it and moving on (as Stock might), he simply blended the batch down into a larger lot to reduce waste. Now, he primarily ferments white wines and ciders with wild yeast, noticing an especially big flavor difference in the latter.

For Smith, it’s not about creating a chaotic experience, but rather a return to old methods. “I like the use of native yeasts mostly for the pride of using primitive techniques to produce modern-styled wines,” he says. “There are so many choices a winemaker can make during the process, terroir is just as much about the cellar as it is the ground.”