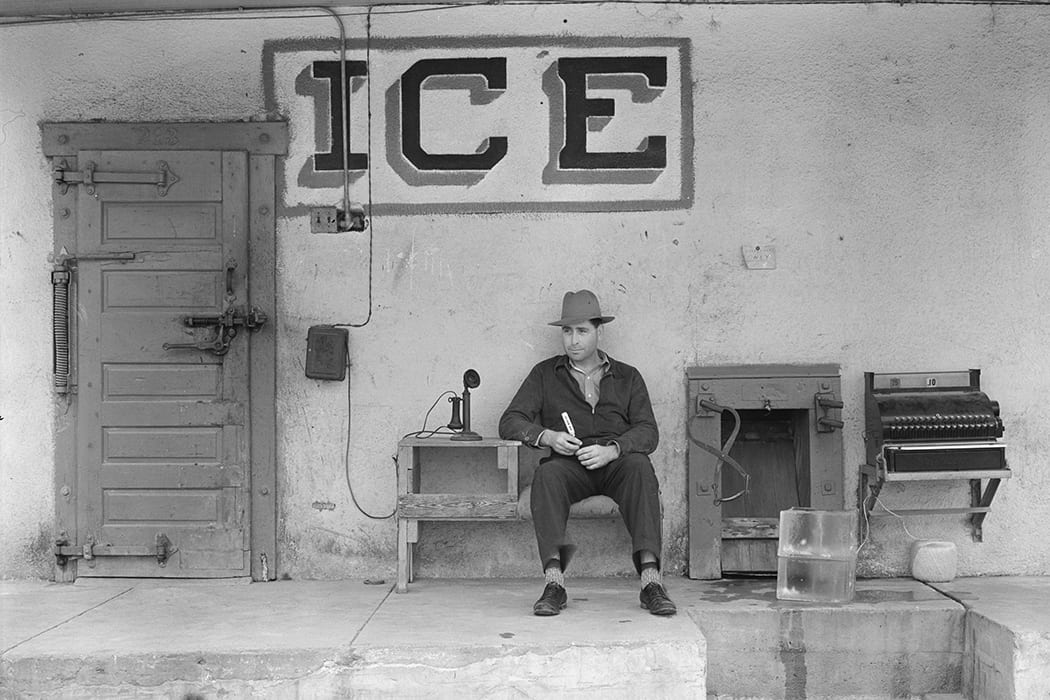 The beauty of icehouses lies in their simplicity. In the late 19th century these barebones, open-air shacks began appearing in sweltering towns along the Gulf Coast, originally devised to be strategically placed ice vendors. But eventually, many evolved into convenience stores and, ultimately, the minimalist’s go-to watering hole.

The logic, too, was simple: If people needed to stop by their local icehouses for a quart of milk, why not also provide benches, foldout chairs and ice-cold beer? Slabs became impromptu bars, picnic tables were set on gravel parking lots, and cases of beer were chilled in big containers—coolers, rusty clawfoot tubs, whatever was available. The most dignified icehouses took the extra step of nailing up a dart board or some promotional signage from their local beer or cigarette hawker. (The 7-Eleven franchise began much the same way in Dallas.)

Spots like West Alabama Icehouse in Houston have been at it for almost a century. They no longer sell blocks of ice, and these days you’ll find a few big-screen TVs, an upgraded beer list and a new crowd of thirsty millennials. But West Alabama remains a low-key affair, with bottle and can service only. The letter board sign outside mourns the passing of longtime patrons, congratulates neighborhood newborns and announces upcoming crawfish boils. There’s no hard liquor service, a longstanding carryover from Texas legislation that only made it legal as recently as 1969. It’s kid- and pet-friendly, and the backyard is little more than a maze of picnic tables. West Alabama doesn’t have a web site. Instead, it uses Facebook to tout its notable moves (like the recent acquisition of some soda refrigerators).

Owner Peter Markantonis says his spot dates back to the “dirt road and Model T” era, or 1928. People stopped for ice, but they could also gas up or get their car worked on. Soon, they could do so over a Coke while perusing a few crates of produce. When his dad bought the place in 1986, it was called the “West Alabama Drive-In,” a reference to its mid-century role as car-friendly hangout. “That was when people would drive up and there would be a canopy on hot days and they’d retract it on cool days,” Markantonis says. In true American Graffiti fashion, drivers would sit on the trunks of cars, guzzling beers to cut through the Texas heat. “It evolved into more of a hangout than a distribution spot.”

The bar’s 40-case Budweiser days of old have given way to bottles from nearby St Arnold or Buffalo Bayou, but the $3 Lone Star tallboys remain a favorite, and food carts occasionally provide on-site snacks. And while Markantonis has replaced almost every wall in the place, the original bar remains, as does the original aim: offering thirsty Texans a place to cool down and socialize with other locals. “Any steel building with garage doors can call itself an icehouse,” Markantonis says. (Several bars in the gentrifying neighborhood are doing just that.) But West Alabama and a few other establishments have held on, from a genuine heyday of ice block sales, refreshments and shady perches to the nostalgic-loving ways of today. The spirit of simplicity pervades, still guiding Markantonis after 30 years in charge.