Perfect Day: Where to Drink in Halifax 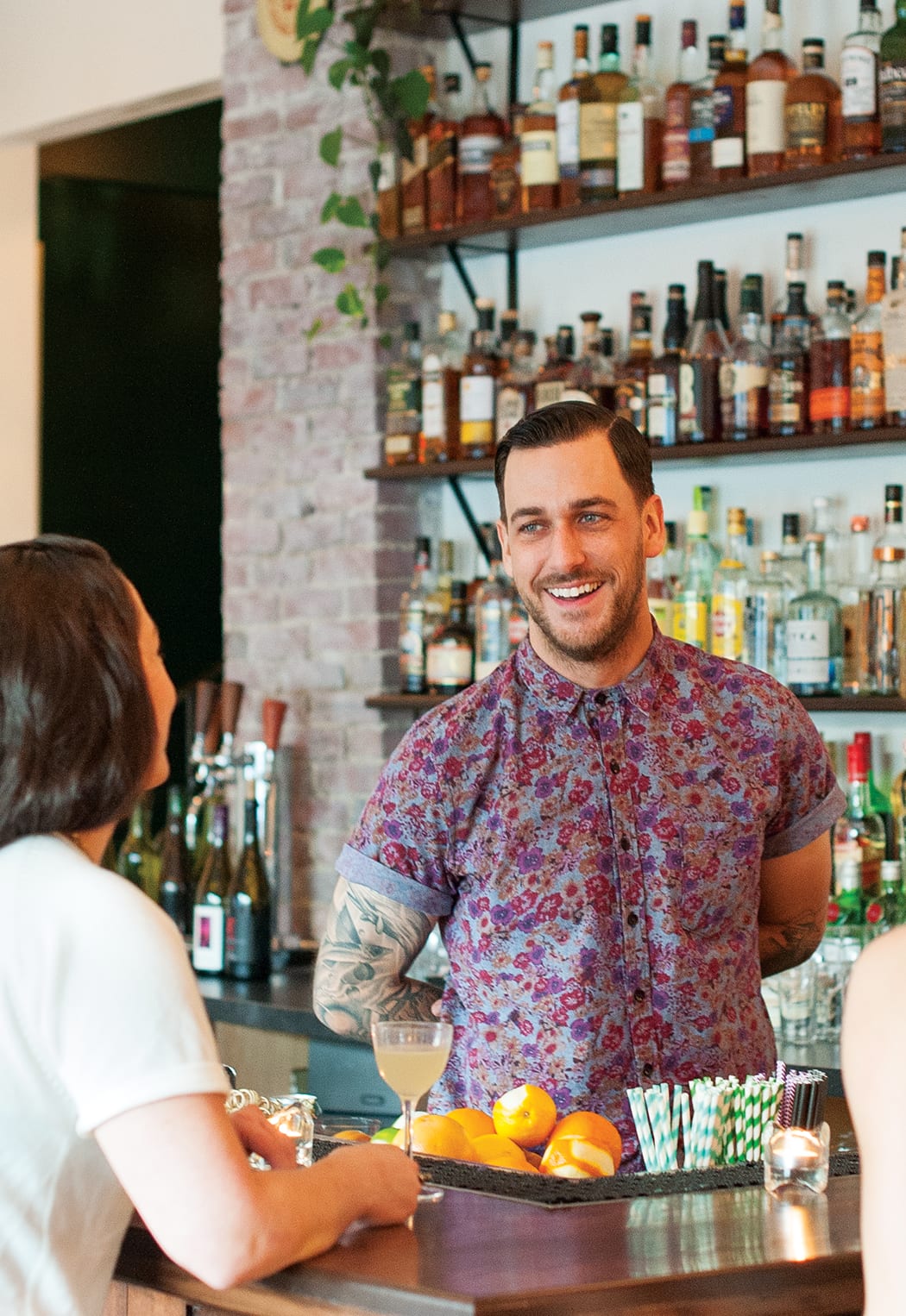 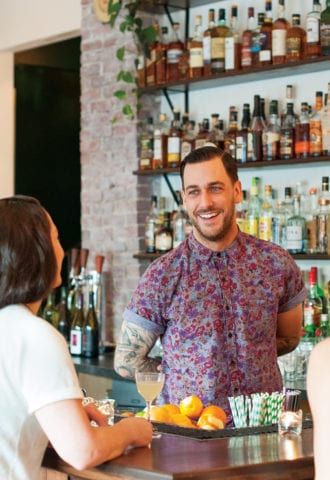 In Wayne Curtis’ Halifax destination feature in the September/October 2019 issue, he describes the Canadian city as “coming into its own in the beverage world,” citing Bar Kismet as one of the brightest stars of the drinks scene. Owner Jenner Cormier opened the bar two years ago after moving to Halifax from Toronto with his wife Annie Brace-Lavoie. He’s since spent much of his free time getting to know the local drinkscape, and here he shares his suggestions for a beverage-fueled day in his adopted hometown.

Coffee: Espresso 46 Italian expat and electrician Federico Pasquinelli opened this espresso-driven coffee bar on Isleville Street to bring a little taste of his home culture to Canada. “The fact that I can see his sign from my door step is certainly a bonus, but Federico is making some of the best coffee in the city, hands down,” Cormier says. “At the moment it is just a tiny window attached to a farmers market warehouse that has an almost cult following. There is almost always a line and the wait is absolutely worth it.”

Breakfast: Robie St. Station Serving up delicious meals inspired by food travels around the world since 2014, Robie St. Station is a charming diner with a vibrant energy. Regularly lauded as one of Halifax’s best breakfast spots, which makes sense considering the morning menu is available all day, “the food is packed full of flavor and the staff is great,” Cormier says. It’s not unusual to find all-American dishes like baked beans and ham alongside classic frittatas and pancakes, but more adventurous eaters will find more eclectic options, like tom yum soup, croque madame or a chorizo burger.

Cider Break: Sourwood Cider Cormier lights up when talking about the fresh ciders made at this unassuming taproom in Halifax’s North End neighborhood. “In Nova Scotia, apples are abundant, and Jake [Foley] is certainly taking advantage of it,” he says. “His cider is absolutely OUT OF THIS WORLD.” Having dabbled in cidermaking for the last decade, musician and instrument maker Jake Foley made the leap to brick-and-mortar business earlier this year with childhood friend Kyle O’Rourke. Now, the duo makes funky, unfiltered ciders that get to the heart of the drink’s character, “they are releasing very complex ciders that are grabbing some massive attention. Every cider I’ve tasted has blown me away,” Cormier says.

Lunch: Beaver Sailor There’s nothing flashy about the family-run restaurant in downtown Halifax, and that’s precisely the appeal, because it means the food gets to do all the talking. “This little hole-in-the-wall has some incredible noodle dishes, seaweed or pickled fungus salads and some incredible soup dishes,” says Cormier. Drinks range from vivid matcha lemonade to bubble tea, allowing for plenty of liquid adventures to accompany the Chinese comfort food.

Pre-Dinner Beers: Stillwell Beergarden With two locations serving up suds—a beer bar downtown and a seasonal beer garden on Spring Rd.— Stillwell is a popular destination for locals and a must-visit for Cormier. “Chris Reynolds, Laura MacDonald and Andrew Connell have created something epic in Stillwell, brewing beer and writing books while running (in my opinion) some of the best beer-centric establishments in the country,” he says. Plus, “if you’ve got a sweet-tooth, there’s a dairy bar on the same property run by our buds from Manual & Co.,” he adds.

Dinner: Mappatura Halifax restaurant veterans Terry Vassallo and Simone Mombourquette opened this Italian-inspired bistro in 2016 to connect the dots between traditional Nova Scotia flavors and recipes from their travels through Italy. “Terry & Simone have created a little gem that’s a little off the beaten path but certainly worth it in my opinion,” says Cormier. Dishes speak to all regions in Italy, and the wine list, stacked with Old World classics, is worth the visit in itself. “The food is packed full of flavor and very well executed.” Finish with an Italian digestif and a tiramisu or affogato.

After-Dinner Beers: 2 Crows Brewing Located in a bright taproom on Brunswick Street, 2 Crows is a modern brewery from husband and wife team Mark and Kelly Huiznk. “They have one of the most diverse lineups of beer in the city,” Cormier says of the program where brewer Jeremy Taylor is also known for his skilled use of French foeders. “I’m always excited to hear about what they’ve got coming down the line, from launching all sorts of seasonal fruit into their beers, doing amazing aged beers, and [Taylor’s] technical finishing methods for some of their brews. They have an amazing staff, a great vibe and delicious bites.”

Nightcap: Unfiltered Brewing To cap off the night, Cormier heads for one more of his favorite breweries for their “big bold hoppy beers that are unapologetic.” The attitude at Unfiltered Brewery is as bold as the beers, so you won’t find things like televisions or wi-fi at the adjacent pub. But you will find high quality brews, which you can drink on site or take home in kegs or growlers. “The team is uber talented and continues to push the boundaries with their beer-making skills,” Cormier concludes.