Sean Kenyon on the Importance of the Neighborhood Bar 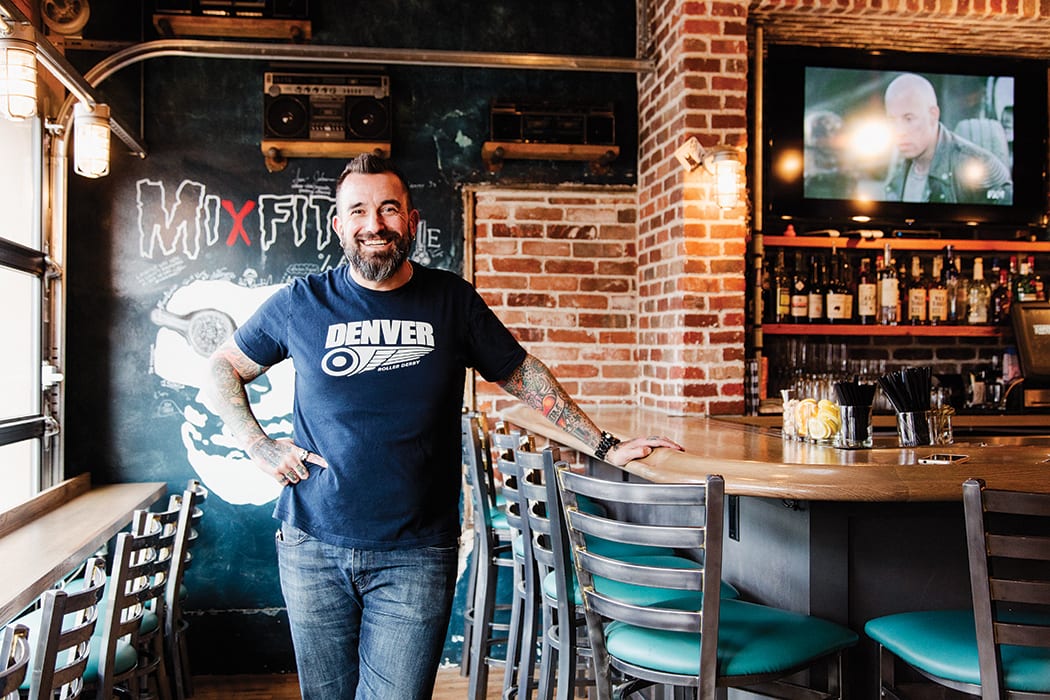 Sean Kenyon is a third-generation bartender. He earned star status in the cocktail community (and the American Bartender of the Year award from Tales of the Cocktail in 2014) for his Denver bar Williams & Graham, but nowadays he takes particular pride in a neighboring bar, Occidental, which he opened earlier this year. Unlike Williams & Graham, which focuses on finely honed cocktails, Occidental is a neighborhood spot, complete with music, TVs and a bar full of locals chatting each other up. Wayne Curtis explores Occidental for his feature on the new neighborhood bar in our May/June 2106 issue, and we recently talked with Kenyon about the essentials of running a neighborhood bar.

Imbibe: What kind of a role in our lives and communities can neighborhood bars play—especially in an era when social media is so prevalent?
Sean Kenyon: Even though the world has changed in a lot of ways, the importance of face-to-face interaction is huge. We’re going to become like mole people if we never leave our house and if social media is the only interaction we have—we’ll lose the piece of us that can look another person in the eye, and that gets the true meaning in conversation. When you look somebody in the face, and see their body language, that’s important. Sincerity can only be expressed in person. Bars are the original social network—there’s sort of a backlash and a return to that. It’s no fun to watch a game with your friend while you’re both on the phone or Tweeting back and forth. But when you’re watching your team together, in a place where there’s electricity in the air and you can high-five that person, or share your misery over a shot—you can’t do any of that via electronic media. The neighborhood bar is a reality check for people who live their lives via social media.

Can you really set out with the intent of opening a neighborhood bar, or do you just try to put all the right pieces into place and hope it happens?
S.K.: People like to use the term “dive bar” a lot—you can’t open a dive bar, and a neighborhood bar is the same thing, it’s something that gets defined over time. You should know who lives in your neighborhood, and what they want—do they want sports? Patios? Coffee, or games, or better beer or wine or cocktails? As a resident of the neighborhood, I know what my neighborhood is like, and what it wants—you can’t be a guy living out in the suburbs and commuting to the bar you own, you have to have an idea of the neighborhood. And you’re opening with no guarantees—having the ability to adjust after you’ve opened is essential. With a cocktail bar, you can open with a rigid idea of what you want to do—a neighborhood bar, you have to be able to adjust. For example, we opened Occidental with two red wines and two whites, and our neighborhood wanted more wine, so we brought it in and it sells pretty well. We also opened with the idea that we’d have a lot of generally available American beers—but people pushed toward the craft side, so we adjusted. If we’d stayed rigid with our original plan, people would go where they could get it.

What elements contribute to making a bar a neighborhood bar?
S.K.: You have to be present—that’s the thing about a neighborhood bar. You have to be there on a daily basis when you first open to see what people want, and what they’re enjoying. Do you have sports on the TV? News? Are they playing the video games, or sitting on the patio? You have to have a feel for what people are doing in the bar. There’s a thing about reading the energy of the room that’s an important trait to being a good bar owner, or bartender—and adjusting to the energy of the room, with the lighting and the music and all those kinds of things. I’m lucky—I live in a neighborhood that has taken to our kind of music—we have a mix of old punk and classic rock, some old hip hop—and people really get into the energy. We adjust to the crowd and the number of people in the room, and weekend nights have a different crowd. It’s not as simple as opening a bar and calling it a neighborhood bar—it’s being a piece of your neighborhood, and it’s almost a collective ownership.

In a neighborhood bar, the bartenders and servers have to be your number-one focus. They don’t have to be that technically proficient, but they have to be genuine—and that’s a hard thing to find. We have the ability to make or ruin a person’s night in a matter of seconds—if someone feels ignored after a rough day, that can destroy their day. But if they walk in after a day of feeling insignificant, and you make them feel like the most important person in the room, you’ve made their day.

We’re making people’s days better—if you do that on a certain level, you may be saving lives in a way. I had a guest at Williams & Graham who pulled me aside one night and told me how the bar had been a haven for him during some really dark times in his life—he’d come in, and we made him feel like he mattered. We’re not in labs curing cancer, but that one person telling me that—it negates all the times when someone says “We’re bartenders, we’re not saving lives.” It doesn’t mean we have to be serious all the time, but we do have a sense of responsibility. 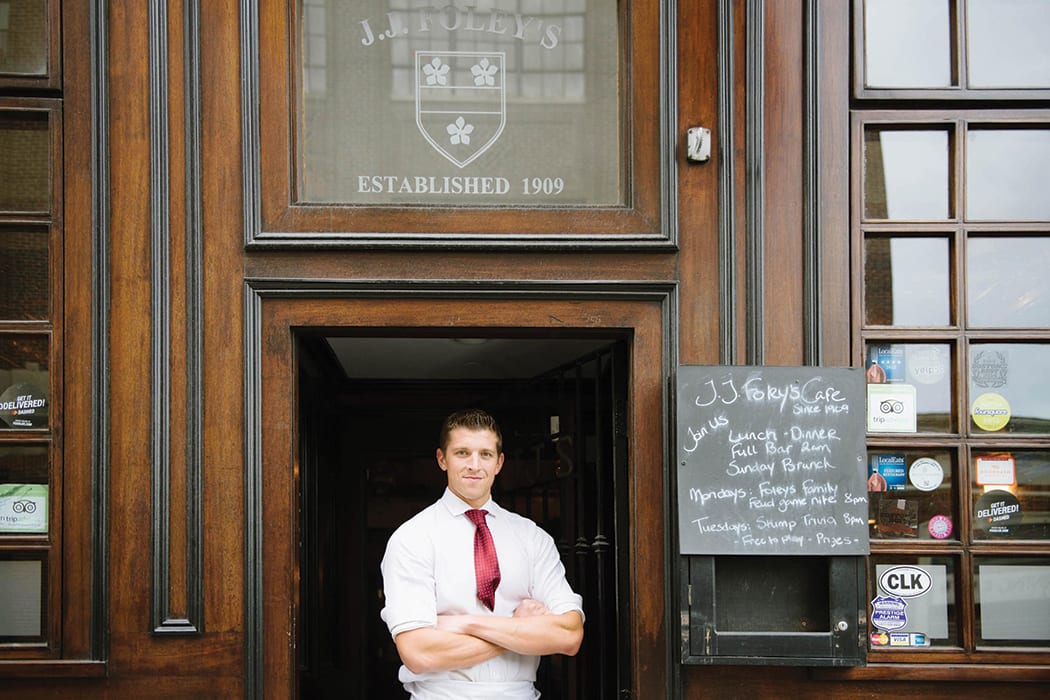