Reza Esmaili on Hospitality and Sacrifice 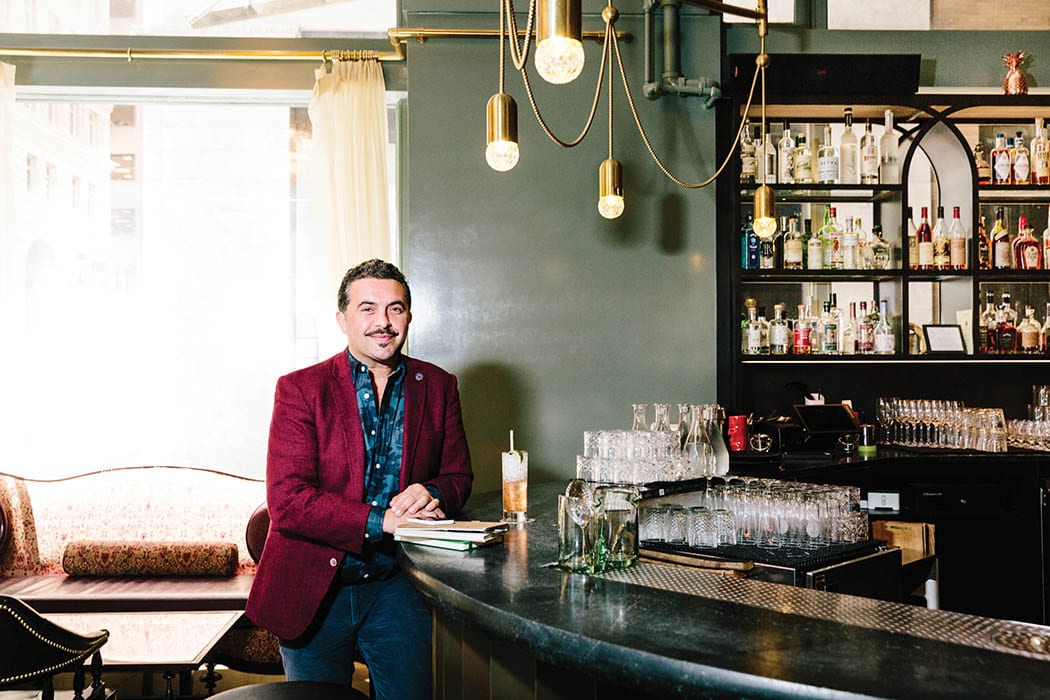 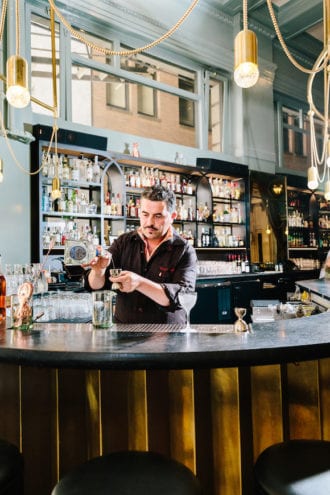 Hospitality is a way of life for Reza Esmaili. The Bay Area barman and service industry consultant has been working in the field in some way since he started making sandwiches at Boudin Bakery as a teenager. But lessons in hospitality were imprinted on Esmaili earlier than even he realized.

“If you’ve ever been in an Iranian house, you know that great food and humble hospitality is a key part of the experience,” he says. “From a very young age, I remember my parents throwing incredible dinner parties and going above and beyond to provide an amazing experience for our guests. My mother would spend hours preparing these meals. My father was the ultimate host—he was essentially the maître d’ of our home—always entertaining.”

Esmaili emigrated from Iran with his family in 1979 when the Iranian Revolution rapidly shifted the political landscape. He was four years old when they arrived in Marin County, California. His mother had been a civil rights attorney in Iran, and his father was a banker and developer. “I was fortunate to be part of a self-made—which is very important to me—academic and business-minded family,” says Esmaili. “Of course, that was all completely stripped as a result of us having to immigrate to the United States. But that framed the rest of my life story—my priorities and my approach. Here were two people who were immensely successful because of their own efforts and made the conscious choice to sacrifice all of it for the safety and prosperity of their children. We literally left everything behind and had to start from scratch.”

Esmaili had to start school in a new country where he didn’t speak the language, so he relied on his sense of humor to make friends. By the time he had finished high school, Esmaili wanted to follow a career path that would allow him to help people feel good. He started studying kinesiology with the goal of becoming a physical therapist, but he kept working at restaurants and bars to pay his way and soon realized that he enjoyed the restaurant work more than his studies. “I feel like I transferred those same priorities into the hospitality industry by creating something with my hands and serving with my hands to make other people happy.”

I think that any successful restaurant operation, whether it’s one restaurant and one community or a global marketplace, requires the physical contributions of all different types of persons to drive the business forward.

As a server at the Fairmont Hotel in San Francisco, Esmaili starting picking up bar shifts. In the steadily escalating San Francisco bar scene of late 1990s, it wasn’t long before he learned the ropes. Esmaili worked with industry vet David O’Malley to help open Gordon’s House of Fine Eats, he served as partner and general manager at the seafood bar Pesce for six years, and he did stints at Conduit, Smuggler’s Cove and The Treasury. The breadth of his cumulative experience led him to launch his own consultancy firm in 2012, Ananas Consulting, and he’s helped open restaurants, bars and businesses across the country, from small B&Bs to full restaurants to an historic music venue.

Esmaili still hopes to open his own place, and he says the crowning achievement of his career would be to open an Iranian restaurant with authentic cuisine, art and a sense of service that would honor the lessons he learned from his parents, both in their selfless approach to hospitality and their personal sacrifices for the sake of their children. “I realize [those lessons] became the building blocks for what I do now, which is putting in the work to prepare something special for guests and then being a part of the presentation and guest experience. Both of those components require a sense of sacrifice and humility.”