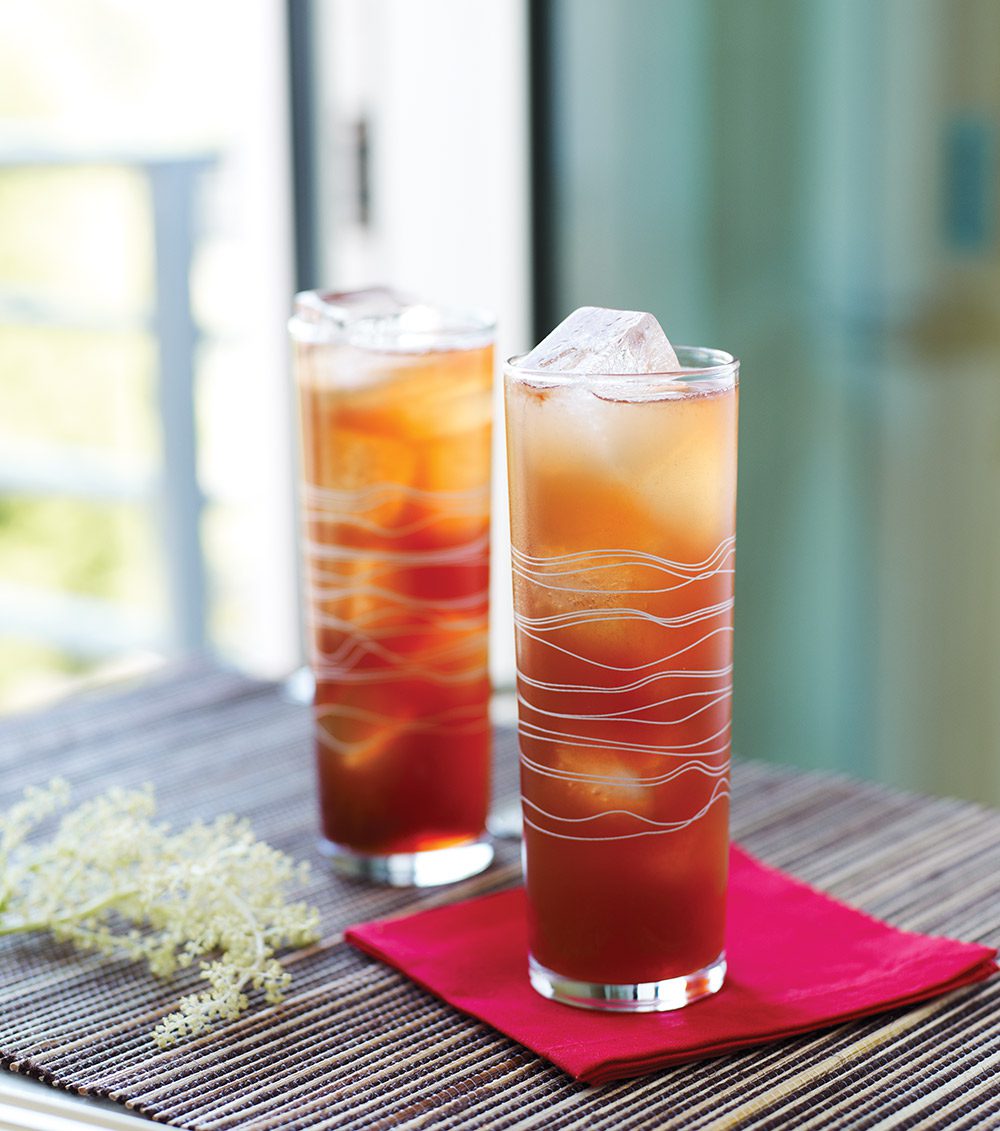 The year is, say, 1926, and you’ve just landed at the P&O steamship line’s wharf in Singapore, capital of the British Crown Colony of the Straits Settlements. It’s hot, very hot, and meltingly humid. Fortunately, relief will soon be at hand. You clear customs, make arrangements for your luggage, and then you’re in a taxi or—why not?—a rickshaw to the Raffles Hotel, the home away from home for Americans in the East. Twenty minutes later, you’re sitting on the terrace of the famous Long Bar and there’s a young Malay taking your order. It can only be a gin sling. Singapore is famous for them, and the Raffles has the reputation for making the best ones (although the bar at John Little’s department store had its adherents too). A few minutes later you’re looking at a tall glass full of a beguiling mixture of gin, lemon or lime juice, ice, soda water and—well, there’s the rub. Ever since the 1920s, when the Singapore or Straits Sling made it onto the world stage, everyone has agreed that there’s something else in there, but what that ingredient is has been up for debate.

Nowadays, the Raffles, which claims to have invented the drink in 1915, takes the expansive approach and throws in a lot of pineapple juice, splashes of cherry brandy, Cointreau, Bénédictine, grenadine and a couple of dashes of bitters. That can be tasty, but even the Raffles agrees it might not be how they originally made them. A study of the standard drinks books from the 1920s and ’30s is, let’s say, inconclusive. Many say the only additional ingredient was cherry brandy. Others say it was cherry brandy and Bénédictine. Or “dry” cherry brandy, Bénédictine and bitters. Globetrotting mixographer Charles Baker even leaves out the citrus juice. All this only goes to show that spending too much time with the history of cocktails can give you as big a headache as spending too much time with the drinks themselves.

In the absence of new data, all a historian can do is make his choices and hope he got it right. Until recently, that meant the Singapore Sling, one of the great names in cocktails, was left without a formula anyone could agree on. Fortunately, we’ve got new data, in the form of a searchable archive of Singapore newspapers courtesy of that country’s National Library. Thus armed, we can settle a number of old arguments. For starters, the earliest reference to a sling is from 1897, almost 20 years before the Raffles supposedly created it. With a 1903 reference to “pink slings for pale people,” we can begin to lay to rest the common argument that the reference to “dry cherry brandy” in Robert Vermiere’s 1922 Cocktails: How to Mix Them, the drink’s first appearance in a cocktail book, means that it should be made with a clear kirschwasser rather than a red liqueur such as Cherry Heering. Add the fact that the only cherry brandies that turn up in local liquor advertisements are the red Bols cherry brandy or the aforementioned Heering (at the time, Bols had a dry version of its regular cherry brandy, which was its standard version blended with Cognac).

As to the other ingredients, the newspapers demonstrate that it was never completely cut and dried: the drink was always red, but occasionally that came from a float of red wine rather than cherry brandy. The Bénédictine was optional, but common. Nonetheless, a 1913 item from the Singapore Weekly Sun gives us a pretty good baseline when it notes that you can get around the Singapore Cricket Club’s refusal to make the drink (they thought it was vulgar) by ordering “one cherry brandy, one Domb [i.e., D.O.M. Bénédictine], one gin, one lime juice, some ice and water, [and] a few dashes of bitters,” whereupon you might enjoy “a really decent Sling.” Factor in that a standard measure was one ounce of spirit, and we’re getting somewhere.