Behind the Scenes of the Miracle Pop-up Magic

Pop-up bars continue to proliferate around the world, and projects like Miracle seem to expand with every holiday season. But as this year’s Miracle pop-up bars began their holiday transformations, we couldn’t help but wonder what it takes to pull off the metamorphosis, so we checked in with Jeannette Kaczorowski, creative director at Cocktail Kingdom and co-owner of Mace, Boilermaker, Existing Conditions and Katana Kitten, to get the scoop of what it takes.

Kaczorowski says the first Miracle pop-up was a fairly spur-of-moment endeavor. Back in 2014 as she and Greg Boehm (founder of Cocktail Kingdom) and Nico de Soto (owner and beverage director of Mace) were preparing to open Mace in New York’s East Village, they decided to take advantage of the vacant space to create a holiday-themed bar. “It was me and about four co-workers who spent a good 14 to 16 hours one day hanging out in the space, drinking beers, and stapling Christmas shit to the walls,” she recalls. “Knowing the space was going to be rebuilt granted us a kind of slap-happy irreverence with the decor. It was that sense of whimsy and informality that made the first Miracle so magical.”

Part of the inspiration for the design of the first pop-up came from National Lampoon’s Christmas Vacation, one of Kaczorowski’s favorite holiday films. “Clark Griswold’s impenetrable gusto and fallible efforts to create a perfect holiday–a near impossible task–is both agitating and endearing, and it’s the layering of decor from that movie alongside the ’40s-era A Christmas Story that inspired the first Miracle’s decor,” she says. “It’s almost desperate, a ridiculous cliché of tartan, velvet bows and multi-colored lights–but one that seems to resonate in its approachability.”

As Miracle evolved, Kaczorowski and her team formalized the participation process for bars with a set of brand guidelines and printed and digital materials to create continuity between locations. With these guidelines in mind, each bar orchestrates and pays for their own decorations, and Cocktail Kingdom has started offering a few custom items in addition to the Miracle glassware they produce (though the bars are responsible for those purchases as well). “We’ve always purchased our decor at discount stores where available, and we suggest partners do the same,” Kaczorowski says. “The beauty of the concept was that it wasn’t expensive, and the dollar store decorations allowed for extra-saturation without being too precious. It’s the all-over sensory experience that makes it feel different from just a bar decorated for the holidays. It has to be in-your-face. “

For Miracle on 9th, which is in its fifth year at Mace, prep for the following year’s pop-up usually starts in January. “Breakdown, labeling and properly storing decorations for future use is 80% of the game,” says Kaczorowski. “January is a great time to buy Christmas decorations on sale, so we plan ahead during that month, then put everything in storage. We’ve had a lot of decor get damaged due to basement floods, so we start taking inventory again around August and see what we need to replenish. We try not to waste too much.”

Kaczorowski will continue to dream up adjustments to the plans as September rolls through. “Every year, we have a basic formula: candy-stripe the walls, presents, lights and tinsel on the ceiling, swap the spice jars for Christmas-themed ones, snow scenes on the larger shelves, Hanukkah in the alcove, lights, garland, bows and ornaments everywhere else. The space isn’t very big and the gridded backbar design is a little limiting, so there’s only so much we can do,” she says.

This year, the team didn’t close Mace just to decorate, so they worked on the bar’s transformation during the day, which meant shorter work days but more days overall to get everything done. “I started decorating with a crew of four the Friday before opening day. Joann [Spiegel, Miracle manager] went back in that weekend, then we were back the Wednesday before Thanksgiving to finish up. So roughly 15 hours of decorating between four to six rotating people.”

The complete transformation may be a lot of work, but Kaczorowski says it’s worth the effort every year. “When you’re bouncing from space to space, hands cramping from the staple gun, covered in Snow-tex, running to buy more extension cords or tinsel or nails, all while trying to stay on top of emails flooding in and keep up with my day job … it’s hard to feel holly jolly. Even though I feel we’re never quite done, there’s definitely a sense of relief when I finally sit down and drink my way through the menu. It’s particularly nice in the early days of the season when the staff is still stoked and you see people walk in with wonder in their eyes. It’s always great to see people enjoying themselves in a moment you helped create.” 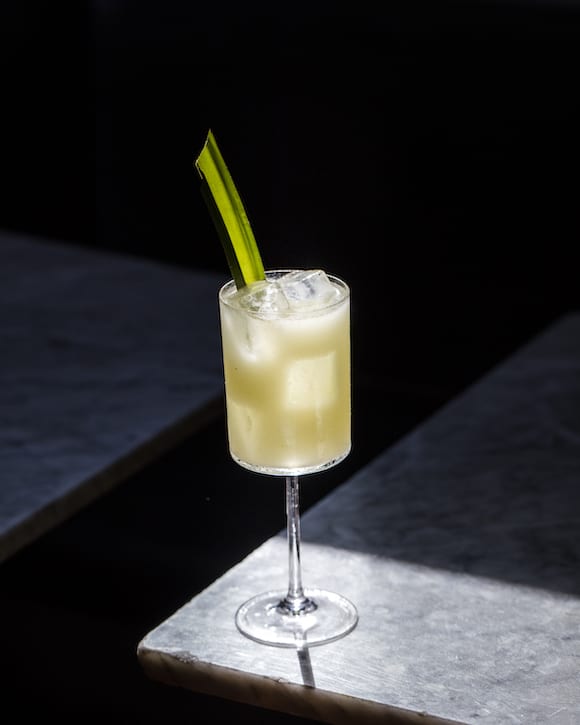 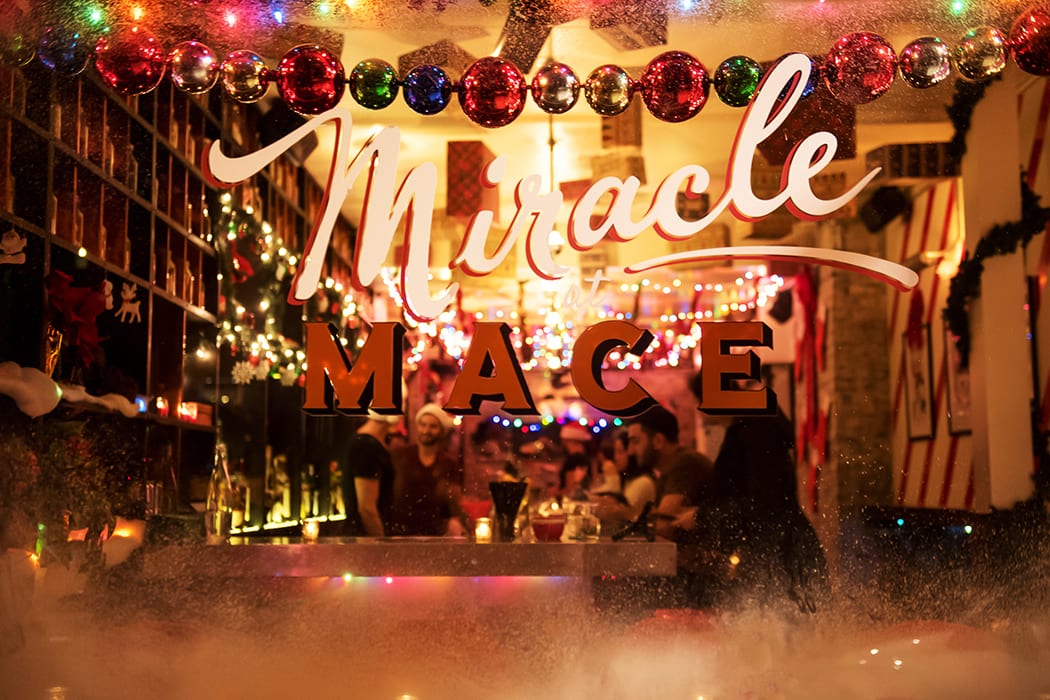