Learning to love the Rusty Nail 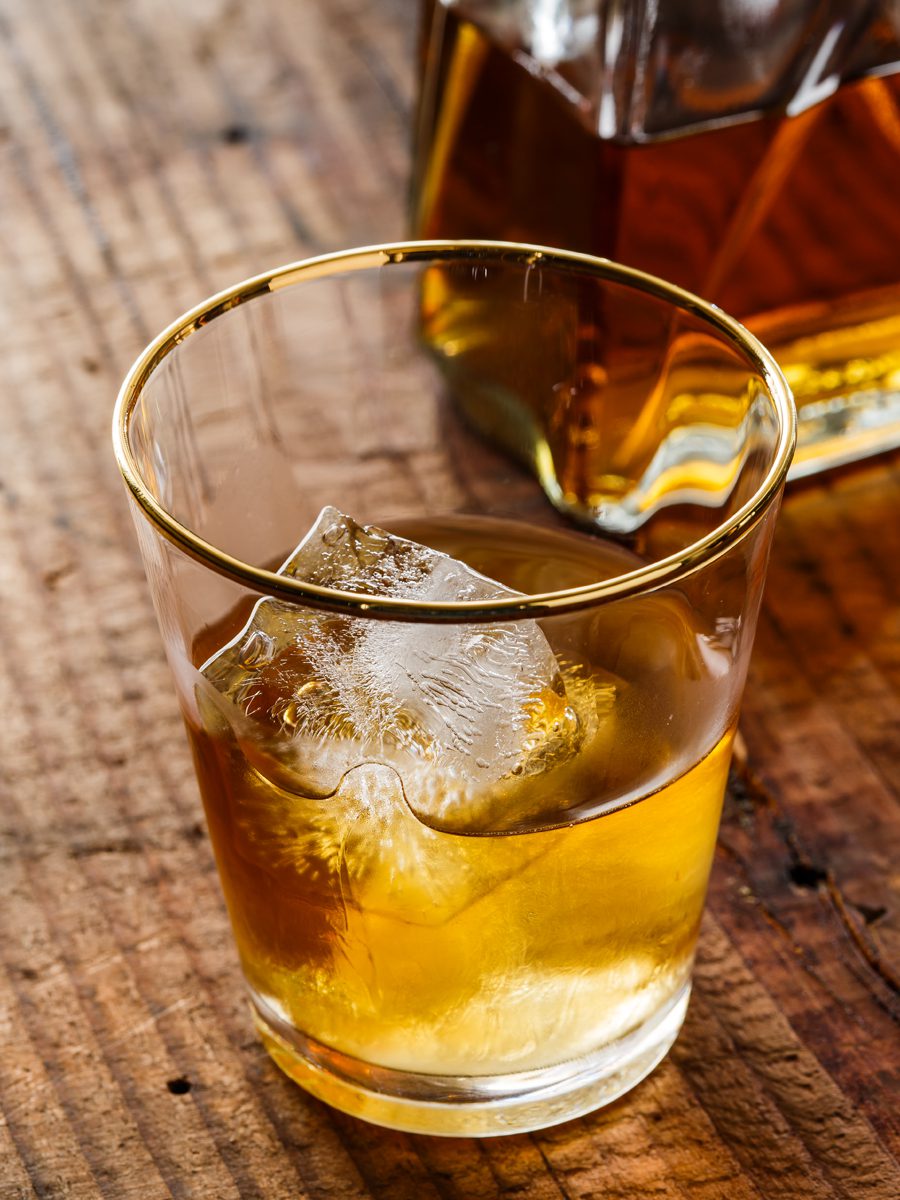 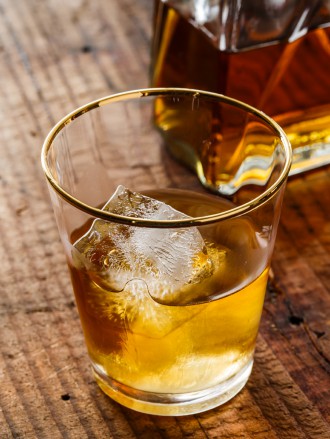 I don’t know why it takes the perspective of distance and time to bring me right back to what was sitting in front of me all along—or, in this case, what was resting in a wooden liquor cabinet beneath a white Formica counter in my parents’ kitchen. But when it comes to Scotch whisky and Drambuie, it just does.

The first two decades of the adult beverage–imbibing portion of my life were spent eschewing Scotch with a shudder. I couldn’t bear the smell of the stuff, which my mom and dad drank on the rocks (with ritualistic restraint) on a nightly basis, sequestering my sisters and me behind closed doors and requesting to not be bothered while they swapped tales of the day. And Drambuie? I didn’t have a clue what it was, and not an ounce of Nancy Drew gumption to learn more of this squat, bulbous bottle that my dad pulled out of that cabinet after dinner on occasion to make something called a Rusty Nail. It sounded awful, and I suspected it tasted worse. And why would anyone drink anything called a Rusty Nail anyway?

Because it’s good, of course—but it would take 7,000 round-trip miles and a dunking in a river to figure that out. In my early drinking years in the late ’80s, I craved pretty-colored concoctions like the cranberry-orange Madras, the fiery glow of a grenadine-sweet Tequila Sunrise, or tall, sticky glasses of Myers rum and pineapple juice. These were drinks deemed appropriate for consumption alongside my spikey-haired girlfriends, trying to look cool sipping on straws and sharing packs of Parliaments or Marlboro Lights on summer nights at our local, island-bound watering holes: the Dory, the Island Boatyard, the Chequit.

But the Rusty Nail? That sounded like an old man’s drink—particularly, my old man’s drink. “I have had two drinks in my life, and two loves,” my dad said to me one recent evening. The latter were my mom, Ginny, and my step-mom, Willy—two women very different in many ways, but both with an innate kindness, and who each enjoy a good cocktail (Mom) or glass of wine (Willy). And as to the steady drinks in Dad’s life: outside of holidays, he has rarely wandered far from the Rob Roy and the Rusty Nail.

A Rusty Nail is about as simple as it gets: most recipes call for equal parts Scotch whisky and Drambuie, the Scotch-based, honey-sweetened herbal liqueur. But when I finally followed this recipe for the first time during a visit to Scotland—the evening after a bone-chilling tumble into the ice-cold River Spey (canoeing on the water source for some of the most esteemed whiskies in Scotland seemed like a good idea at the time…), and tempted by the warming, soothing promise of honeyed liqueur combined with my new-found love of single-malt whisky—I hated it. My early fears of the drink turned out to be unfounded: it wasn’t rough ’n rusty at all. It was, however, cloyingly sweet. Disappointed, I abandoned my glass after a sip or two.

Back in New York, I paid a visit to my dad, eager to share a 21-year-old single malt I’d carried home and proud to tell him of my new-found love of the spirit he’d adored all of his own adult life. I told him, too, of my disappointment with his beloved cocktail. He grimaced and gave me that, “Kid, you’ve got a lot to learn” look that I’ve seen more than my share of times. “You can’t go by the recipe. It’s almost always too sweet: 1 ounce of Drambuie and 1 ounce of Scotch? Forget it. Just go, ‘pop!’ ” he instructed, miming a quick shake of a phantom bottle in his hand. “Just a drop. Nice! It’s a sipping drink. It makes you sleep.”

Gerry Mulligan and Johnny Hodges blew baritone and alto sax from the stereo, and Dad puttered to the kitchen to grab the ingredients from that cabinet once forbidden to me. We sat together on the couch in front of the fireplace and sipped. The sweetness of the Drambuie was just a whisper, playing up and playing well with all the spice and tang of the whisky. I loved it, and I told him so. “Your mother loved these,” he said, looking at his glass—a crystal ball to the past.

We talked into the night about Scotland, about family; some stories about his life that I never knew. I must have dozed off during a lull in conversation, and woke to find myself alone in the dark, but warm on the couch beneath the afghan that Dad covered me with before heading off to bed. I sat up and saw there was a sip left in my glass, still sitting on a coaster on the coffee table. Diluted though the drink was, the sweetness lingered.