A Day in the Life: Lauren Patz of Spirit Works Distillery - Imbibe Magazine Subscribe + Save
Skip to content

A Day in the Life: Lauren Patz of Spirit Works Distillery 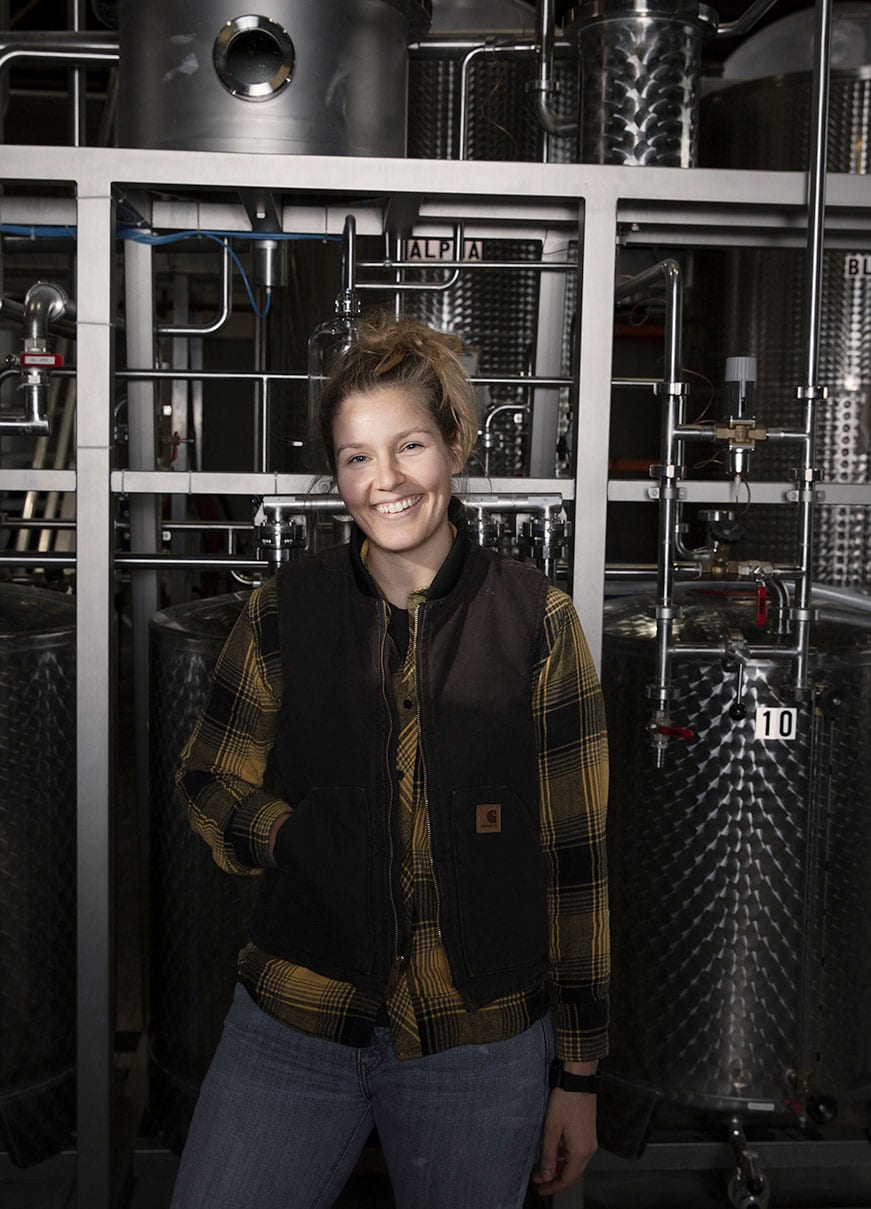 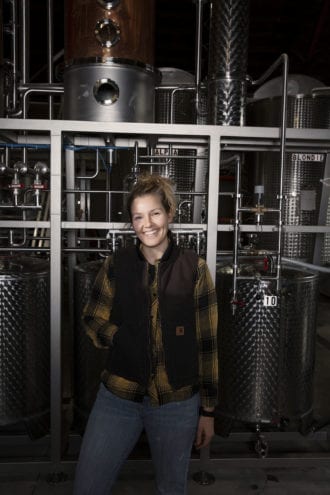 Before joining the team at Spirit Works Distillery in Sebastopol, California, in 2013, Lauren Patz worked at a chocolate factory. While tasting whiskies for a chocolate pairing, she had a eureka moment about spirits, and in less than a month she was an apprentice at Spirit Works. As head distiller since 2017, Patz has been refining Spirit Works’ line of spirits, experimenting with heritage grains and writing the occasional haiku. Recently, she gave us an inside look at an average day in the distillery.

Every work day begins the same way. Arrival is followed by three actions: boiler, coffee, music. Our still runs on steam, and we want to start building pressure in the network of pipes as soon as possible. Distillation largely consists of setting up a system and then letting it run its course. The first hour of the day is dedicated to bringing the contents of the pot up to a boil, then reducing the heat to let it simmer. Our staff runs on caffeine. We’re lucky enough to be housed in the same building as a coffee roastery, so we can get those fresh beans. The rule at the distillery is: Whomever shows up first gets to pick the music. This sets the tone for the day, so it’s an incredibly important decision. Of course, there are some steps in our process that have a set soundtrack. Weezer is for pressing sloe berries in our bladder press for sloe gin. Britney Spears is for putting together mash bills. And Portishead, well, that’s for a rainy day. But today it’s the Beastie Boys.

10:00 a.m.: By now our 21-plate column still is charged. Each sight glass is a glittering sparkle indicating active rectification and achieving a 95 percent alcohol distillate. We only want to collect the good stuff; while temperature and proof inform our decision, smell and taste have the final say for when we make the switch from heads (the more volatile and potentially toxic alcohols) to hearts—pure ethanol. Our vodka is single-distilled, so getting the cut just right is crucial. I love the smell of 190-proof spirit in the morning!

12 p.m.: Official puppy pee break. We have three distillery dogs: OG Bandit the Boston, her Frenchie sister, Echo, who belong to distillery owners Timo and Ashby Marshall, and my Golden mix Megalodon, or Megzy for short. These cuties are simultaneously the distillery’s welcoming committee and early warning system.

2:00 p.m.: Grain delivery. The truck shows up with 10 2,000-pound containers of organic hard red winter wheat from Adam’s Grain, our supplier out of the Sacramento Valley. This is where those forklifting skills are really put to the test and a giant game of Tetris begins. I’m lucky, as I have years of video gaming experience to fall back on (though my forklift trainer certification might have something to do with it, too).

5:00 p.m.: After a long day of hauling hoses and meticulously inputting data into warehouse reporting systems, it’s time to pull up a stool at the tasting room bar and relax with a hard-won cocktail. We make our annual batch of Navy Strength Gin in June, so my go-to for summer is a Quill (gin, sweet vermouth, Campari and absinthe, served up with an orange twist). Spirituous cocktails for the win!