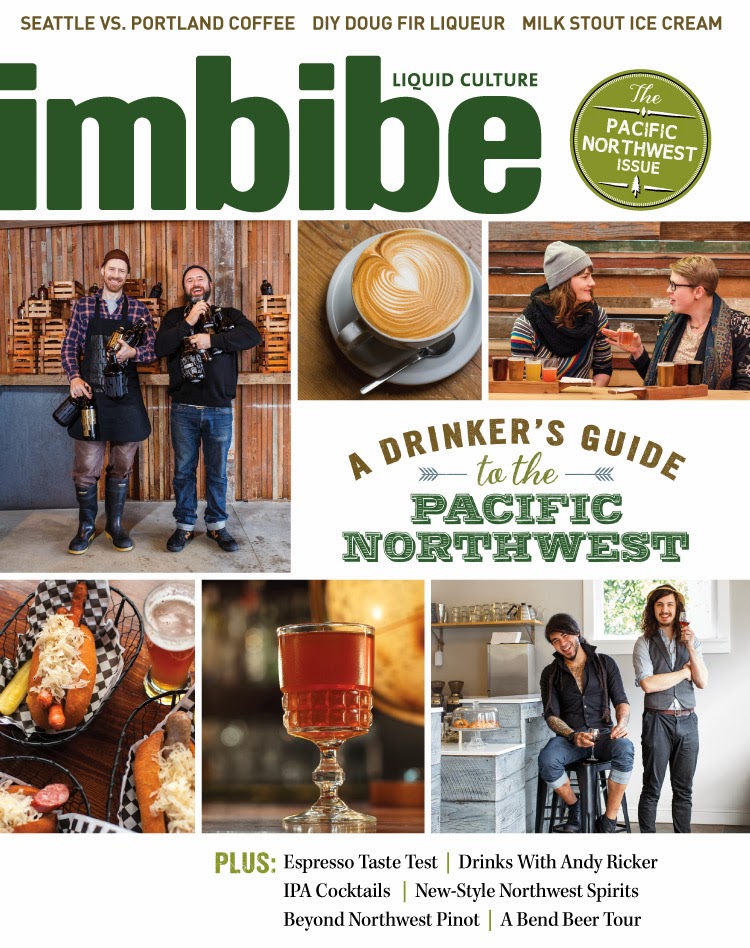 The Pacific Northwest’s bibulous bounty lured me to the region in the late 1990s. During exploratory visits to Seattle and Portland, I punctuated my days with espressos pulled by seasoned baristas; relaxed in the afternoons at outdoor tables during “sun breaks” (a term I’d quickly come to appreciate in the notoriously soggy Northwest) with pints of emphatically hoppy IPAs from the legions of local brewers; and sipped glasses of Washington or Oregon wines with evening meals. These drinks hinted at a flavorful quality of life that I found irresistible, and I’ve called the Northwest home ever since.

I’m not alone. The region has increasingly become a magnet for drink enthusiasts—it’s even home to Imbibe. And over the past decade, the Northwest has experienced a boom of drinks innovation, from coffee roasting to cocktails. This is why we’re devoting an entire issue to the Northwest’s most memorable drinks. The heart of Imbibe‘s Pacific Northwest Issue is a road trip along Interstate 5, highlighting bartenders, baristas, distillers and brewers who are leaving indelible impressions on the region’s culinary character.

We’re also exploring beer and coffee pioneers and changes in the worlds of wine and craft distilling that are now unfolding across the region. We’re visiting Portland teamaker Steven Smith, sampling some of the Northwest’s lesser-known espresso blends, and introducing local IPAs to the shakers of Northwest bartenders. And we’re very excited to be introducing a new column by spirits and travel writer Wayne Curtis, who delves into the history of one of the Northwest’s most storied saloons.

We can’t promise that you’ll feel inspired to move to the Northwest, like I did, after sampling its liquid charms. But be prepared to stay a while—Pacific Northwest drinkmakers are good at making you feel right at home.