Bartender Kimberly Patton-Bragg made her mark on the city of New Orleans by sheer force of her personality—she’s part den mother, part room proctor, part social worker to the bartending community. Patton-Bragg arrived in the city 13 years ago, moving with her husband from New York, where she had worked at Danny Meyer’s Blue Smoke among other establishments. It was a time when a number of bartenders were migrating to the Crescent City, doing their rounds for a year or two to soak up skills and history, then moving on. Patton-Bragg put down her bags and never left.

She’s worked in many of the city’s notable establishments, including Justine, the Swizzle Stick Bar (now closed), and dive bar Molly’s on the Market in the French Quarter. (“It keeps you grounded,” she says of Molly’s. “It’s like a city hall for the town drunks.”) She found the New Orleans bartending community more collegial and less competitive than in other cities. ”It’s more familial,” she says, with her family expanding by the week.

When she arrives at work or at an event, it’s hard to miss her. She’s less than tall but has an unruly mane—a red-orange exclamation point like magnesium on fire—and she speaks in a voice that can drown out passing trucks. She has a tendency to express herself in a way that leads one to believe that arguing would at best be unproductive. And no matter where she works, her goal is the same. “I want people to forget about their shitty day,” she says.

Patton-Bragg was recently appointed beverage director at Palm & Pine, a restaurant that the owners say explores “the South and south of that,” with Mexican and Caribbean-inflected fare. She’s currently focusing on agave-based and cane-based spirits and cocktails to complement the menu, and she’s been incorporating more bourbon. “Agave is my lover,” she says, “but American whiskey is my husband.” 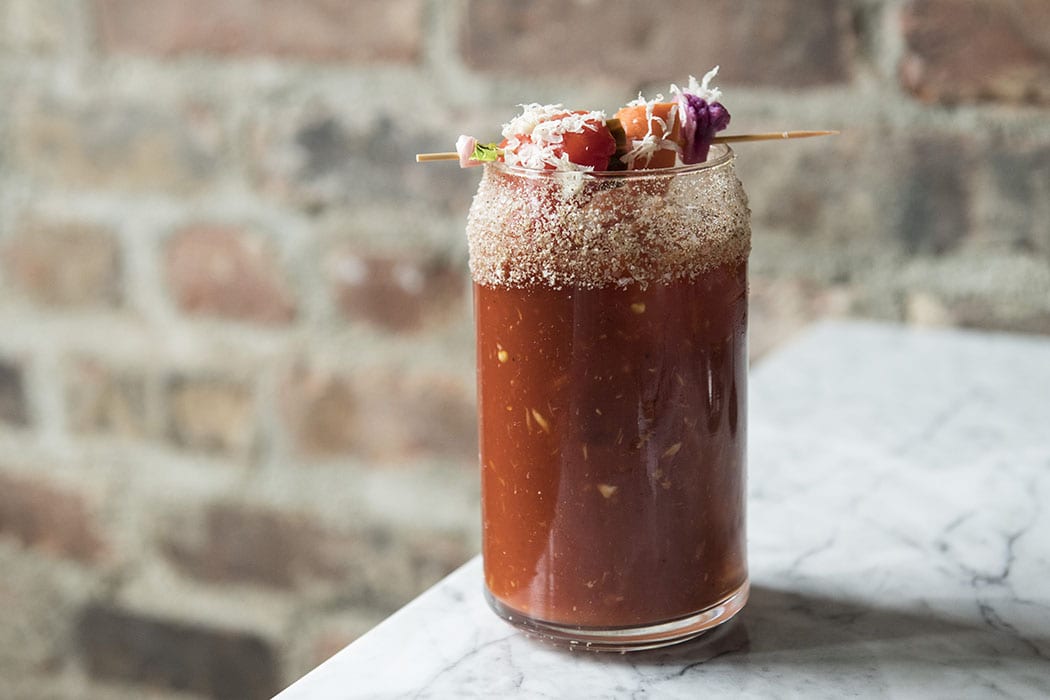