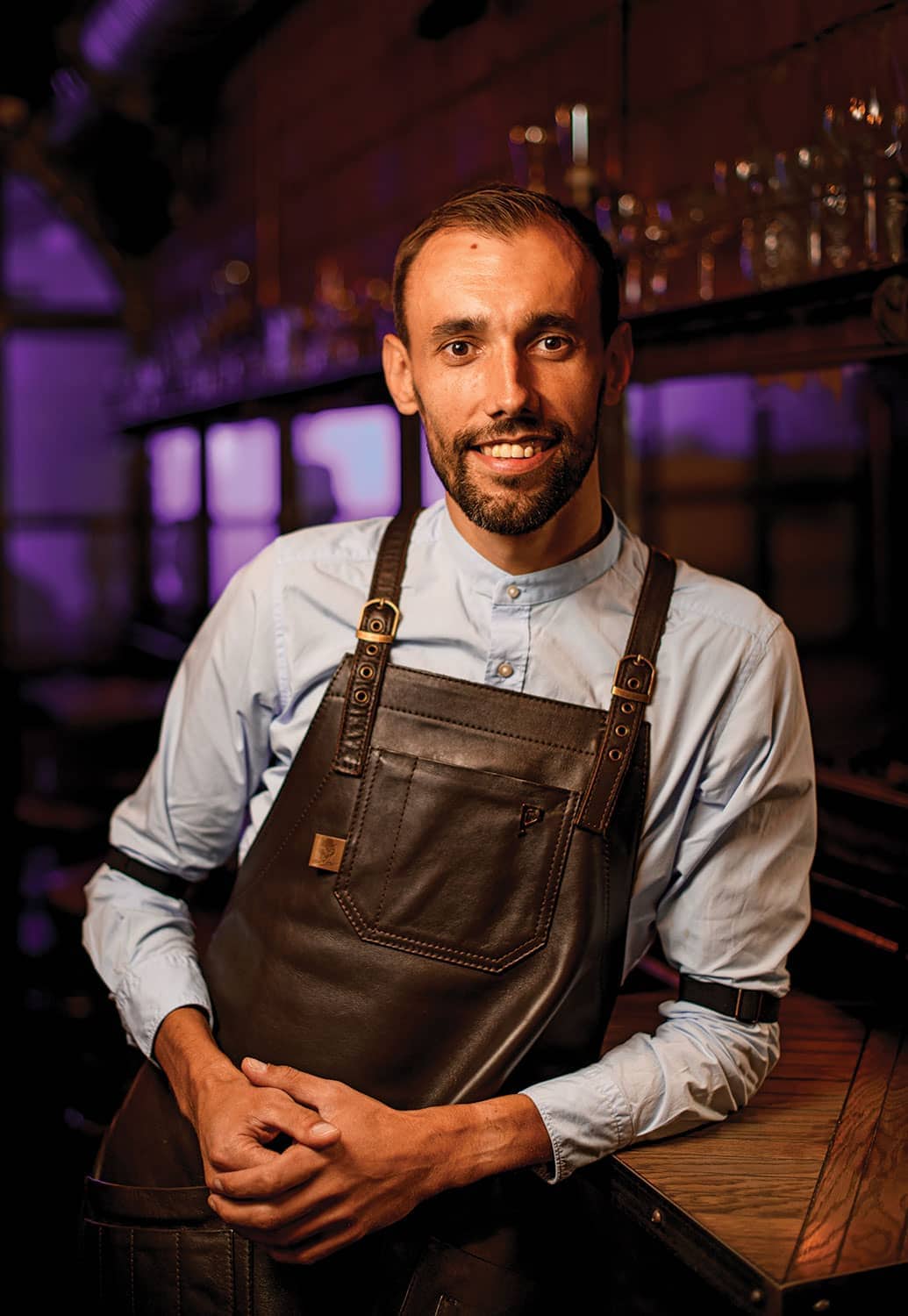 In 2021, Kyiv had a small, but thriving craft cocktail scene. But, unless you attended BAROMETER, the sprawling bar show that was staged in Ukraine’s capital, that scene remained fairly obscure, owing to the relative remoteness of the country. That changed in February 2022, when Russian forces invaded Ukraine. Suddenly, the country’s fate was thrust to the forefront of international consciousness, and that applied to Ukraine’s bars and bartenders, too. And if the Ukraine bar world could be said to have a public face, it is Dmytro Shovkoplias.

Shovkoplias was co-owner and bar manager of Parovoz Speakeasy, arguably the best-known cocktail bar in Ukraine. With the advent of war, he sent his family to safety in Romania and became an active voice on social media, trying to communicate the horror of the country’s current reality. And, starting last summer, he embarked on the Brave Ukraine tour, a series of guest bartending gigs at prominent bars in Europe and the United States, designed to raise funds and awareness for the Ukrainian cause.

“I managed to cross the border with Romania in mid-June to see my family, and got a kind of instinct that I need to do something to support my local community,” he says. “Make some awareness, because in the fifth month of war it had become the ‘new normal’ for the world. But day by day, Russian terrorists are bombing our land and civilian objects around the country.”

In October, he departed Parovoz Speakeasy after eight years and recently moved his family to Miami, and he will continue the Brave Ukraine tour from that base. “I always think that I can do more but I truly believe that every little step matters,” he said. “I’m really happy to make such a noise with the 21 events in six countries so far. We’re bringing people together and sharing some messages.”