How Drought and Wildfires Are Changing West Coast Winemaking 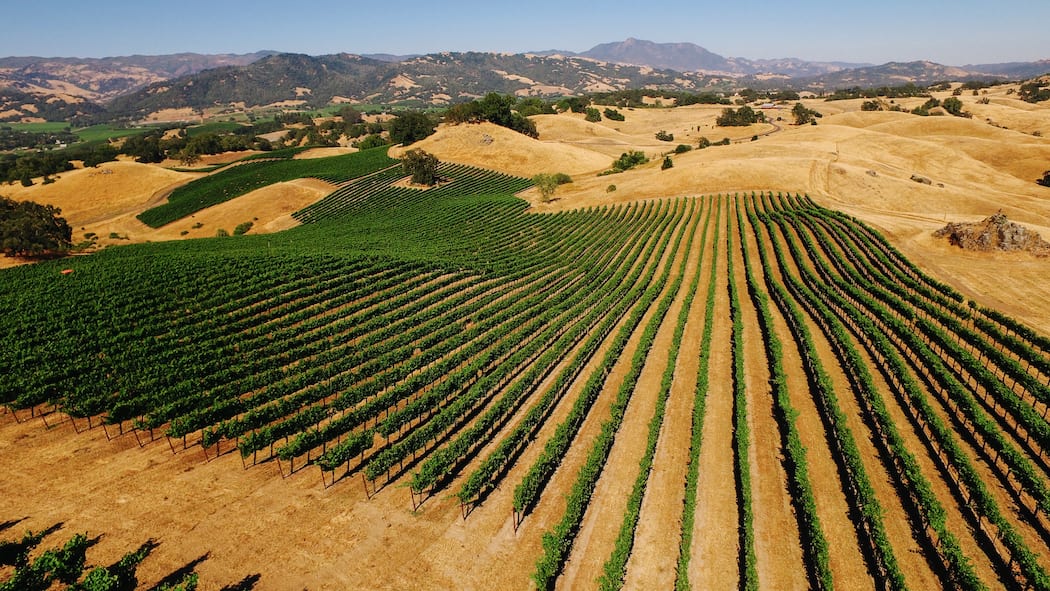 Challenging conditions can yield outstanding wines, but lately domestic vineyard rows have been gasping for air. Climate change has ushered in a host of extremes, namely in the form of heat, drought and wildfires, and when stress like this persists, the nature of the practice becomes a tad hazy.

California continues to weather the worst of it, as the state enters its sixth consecutive year of historic drought. Last year, fires in Lake County north of Napa wreaked havoc on the region’s $60-million vineyard crop, and Oregon and Washington winemakers find themselves amid one of the earliest harvests in recent history. A merciless sun has also contributed to higher alcohol contents (or the need to manually reduce levels) and displaced varietals once believed to be tailor-made for certain growing regions. Fifty years from now, will Oregon be known for warm-weather wines like Merlot as opposed to its cool-climate loving Pinot Noirs of today? Will high-elevation slopes be the last frontier for Pinot Gris? Will the battle for much-needed water send California wine prices sky-high? “All of the wine regions 50 years ago were quite different than they are today,” says Greg Jones, climatologist, viticulture specialist and respected industry voice. He’s based at Southern Oregon University, where he’s a professor, holds a Ph.D. in environmental sciences and works with many surrounding vineyards. “In this new framework, it means we can’t do things the same old way.”

Jones says one silver lining is that there’s greater awareness of issues like water use, and wineries are starting to be proactive with solutions. Producers are planting cover crop to aerate soil and encourage vines to dig deeper, installing more efficient drip irrigation systems and eying sites that, while cool now, may turn into something ideal down the road. In Oregon, collectives like the Deep Roots Coalition are giving up water altogether. There, two dozen participating wineries model their wine growing after near-ancient and incredibly arid regions like the Greek island of Santorini. The absence of water contributes to both sustainability and a sense of terroir. It’s an approachable philosophy in the northwest, where seasonal precipitation is fairly reliable.

In California, Caleb Mosley is a senior viticulturist for Michael Wolf Vineyard Systems, who manage some 900 acres in the Napa Valley. While no drought is welcome, he thinks the groundwater system in Napa is up to the challenge, especially with drought-resistant rootsock and Cabernet Sauvignon’s—the varietal of choice there—camel-like ability to retain water. The northern part of the state, home to producers like Jordan in the popular Alexander AVA, has fared relatively well compared to areas inland and in Central California. But water is on everybody’s radar these days. “It’s a case by case basis at the moment,” Mosley says of water restrictions. The high-density, shallow rooted plantings of old are no longer in fashion, nor very sustainable, so instead Mosley plants dormant vines in the spring to conserve water, and his team is using special sensors to monitor the water transpiration of the vines.

The threat of smoke is real too. Recent fires in eastern Washington have produced slightly smoky wines, and in Oregon, some winemakers are especially worried given that the region’s prime varietal, Pinot Noir, is so thin-skinned and vulnerable. Mosley cites the 2008 fires that claimed wine country parcels near Santa Cruz as an eye-opening experience. Unless you’re above the smoke line or near the ocean (fortunately, he was both), there’s not much of a mitigating factor, he says. Resident smoke can cause flaws. Harsh compounds like guaiacol and eugenol invade the berries and even if hidden from the palate early on, can snowball during fermentation and lead to extreme off-flavors, often described as “charred” or “ashtray.” It’s not harmful and in some cases can be interesting, but many producers opted to trash affected lots. Major agricultural schools are now researching the situation, and entire institutions like the Centre for Expertise in Smoke Taint Research exist in fire-prone Australia.

In a personal experiment, Jones found that smoke in southern Oregon vineyards during fire season last year functioned like a blanket, holding higher average temperatures compared to vineyards outside of the haze. At night, he witnessed temperatures hovering around two degrees above normal in the smoky vineyard, highlighting the importance of preventative measures.

This month, wineries will convene in Paso Robles to discuss just that at the IGGPRA September Seminar. Experts and growers will tackle preemptive moves like testing the fruit before processing, something many labs like ETS are examining closely. The best offense is defense in smoke’s case, but there are cellar remedies as well, if the grapes absorb too much. Certain strains of yeast, filtration and blending down into larger lots are options. “We’ll always be pushing resources to the limit in the west,” Jones says. “But wine grapes are very adaptable.”