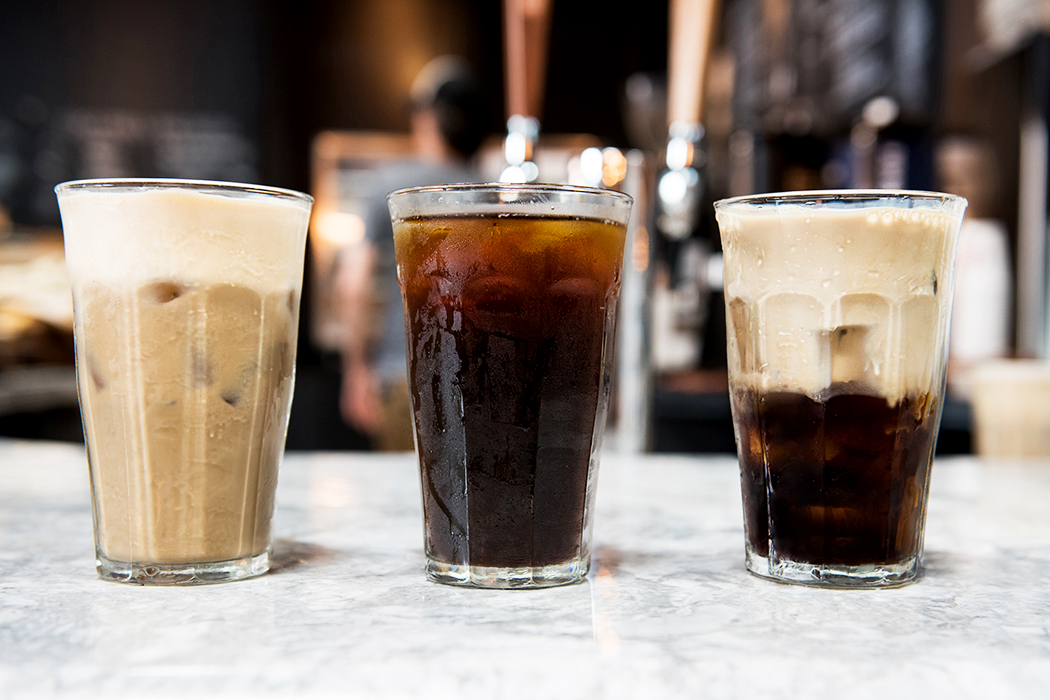 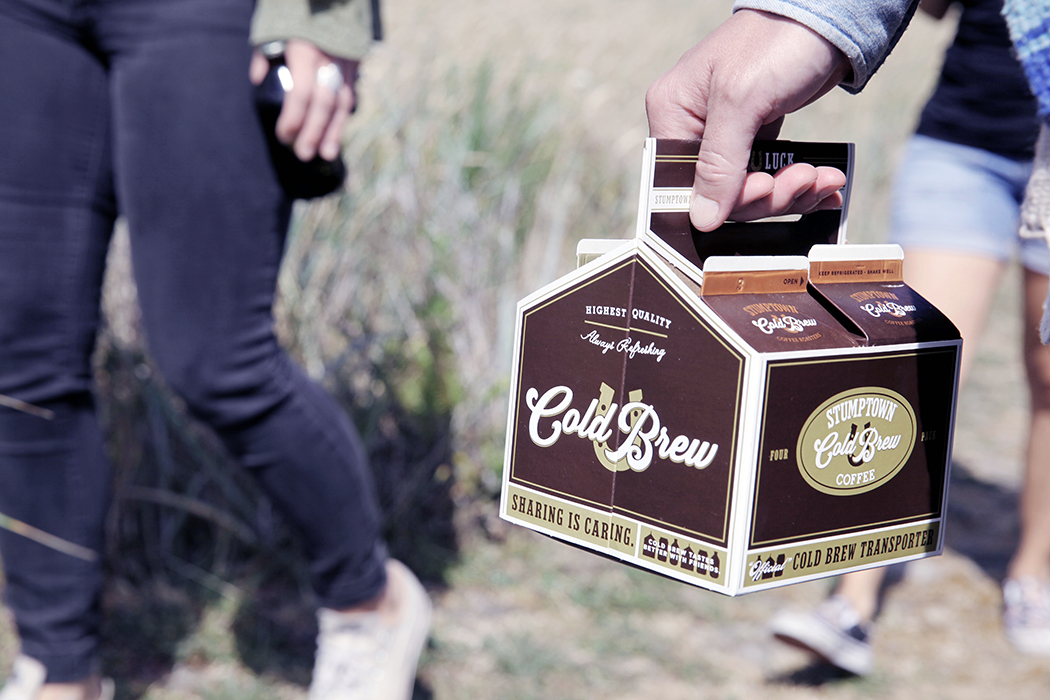 Cold-brew coffee is having a serious moment, and while shops across the U.S. are putting it on tap and pouring it in growlers to-go, others are getting more adventurous. Here’s a taste of some of the most creative cold brews happening around the country.

Corvus Coffee, Denver
Corvus’ hopped cold brew started as a one-off experiment for a beer event and is now a permanent fixture for the Denver roaster. Brewed using Colorado Centennial hops and coffee from Rwanda, the slightly bitter, wildly aromatic brew is used as the base for the house grapefruit and coffee “julep,” and it’s sold in bottles at Whole Foods locations throughout the Rocky Mountain region. The company recently added its first single-origin cold brew made from the same coffee base and will also soon launch three concentrates—one made with single-origin beans, one aged in used whiskey barrels and one flavored with chicory.

Dapper & Wise, Portland, Oregon
The baristas at Dapper & Wise use cold brew in several creative house drinks, including a coffee soda made with cold-brew concentrate, syrup and a rotating, seasonal flavor. This month, the featured soda is “Peaches & Cream” with cold-brew, freshly juiced peaches, vanilla syrup and a coconut foam that’s also made in house. Other flavors have included lavender-juniper, ginger-vanilla, pineapple-fennel-star-anise and cherry-almond. The Portland shop also makes a coffee lemonade, and raspberry and blueberry-mint have been incorporated into the mix for extra oomph.

Five Watt Coffee, Minneapolis
The sister café to Big Watt Beverage serves a series of playful mocktails, including the Hendricks Coffee Cocktail made with cold-brew, juniper-basil syrup, grapefruit bitters, and half and half. Click here for the recipe.

James Coffee, San Diego
In addition to their house blend and selection of single origin cold brews available by the bottle and growler, the creative minds behind James Coffee Co. are also experimenting with barrel-aging green coffee and will team up with Seven Grand in Los Angeles to make a bourbon-infused cold brew for a cocktail on the house menu.

La Colombe, Various Locations
The house cold brew, known as Pure Black, is used in four drinks at cafes around the country, including the draft latte, a mixture of the brew mixed with microfoam milk and served cold on tap, and the Pure Black & Tan, which is a dram of draft latte floating on a pool of straight cold brew. They also serve Pure Black over gelato for cool cold brew floats, and serve the red-eye-like Jedi, Pure Black poured over ice with a double shot of espresso.

Seasons Coffee, Sacramento, California
Seasons’ cold brew (cheekily named Bold Crew) features a 50/50 blend of Ethiopia and Colombia beans, yielding a flavor that’s “fruity on the front and chocolatey on the back,” says director of first impressions Greg Cotta. The roasters deliver 64-ounce growlers locally and also play around with mocktails like the most recent one featuring blackberry simple syrup, heavy cream, a pinch of red pepper and double-strength Bold Crew, shaken and strained over fresh ice. They’re also working on making frozen cubes of the brew to use in cocktails and alcohol-free tipples.

Stumptown Coffee Roasters, Various Locations
The king of cold brew has gradually increased its lineup since the launch of the original stubby bottles in 2011. Now, Stumptown also serves cold brew with milk in cartons (some with added chocolate), regular and nitro cold brew on draught, and nitro brew in cans. Distribution of the nitro cans has been limited but will increase before the end of the year. Some of the brick-and-mortar locations also serve creative cold-brew concoctions, including a Cold Brew Tonic with Ethiopia Yirgacheffe, Fever Tree tonic and Luxardo cherries, as well as a creamy Nitro Shrub, featuring a seasonal fruit shrub mixed with nitro cold brew. And this October, the company will bring back its popular Winter Cheer, a blend of cold brew, milk and mulling spices.