Coffee as a Force for Positive Social Change 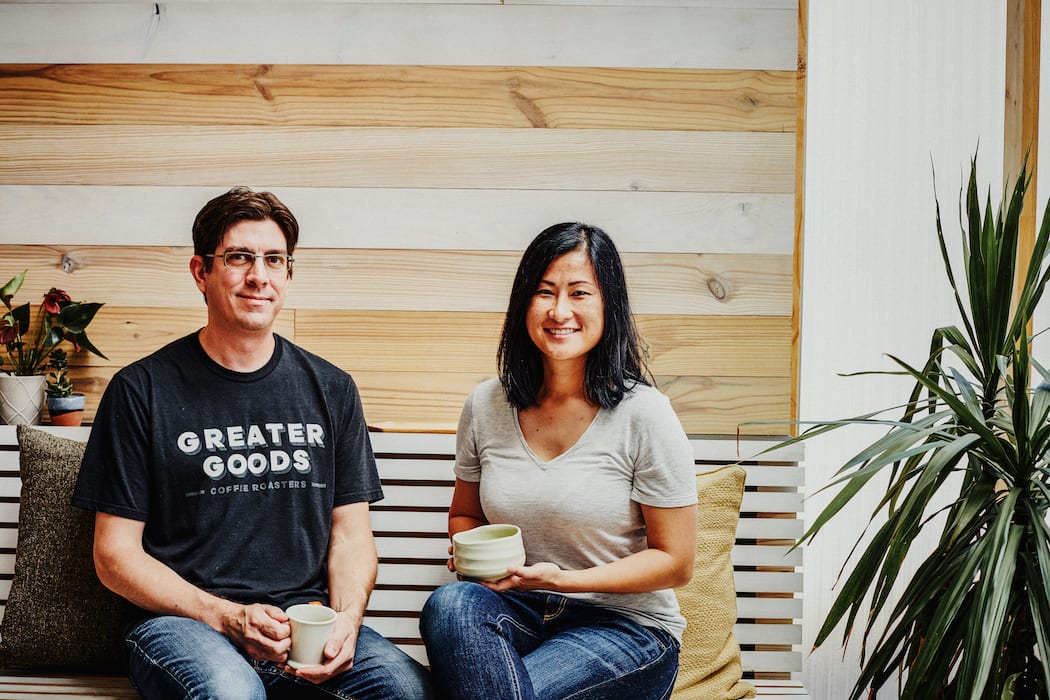 Coffee is a powerful commodity. More than 60 percent of Americans drink a cup every day, and the global market value is only forecasted to rise. It’s good news for those in the business, but more roasters, café owners and organizations are recognizing that great power does in fact come with great responsibility, and they are harnessing coffee as a force for positive social change. “I think giving back can, and should, be a part of every business model. That’s just the kind of world I want to live in,” says Trey Cobb, co-founder of Greater Goods in Austin, Texas. “But looking specifically at coffee, it’s a communal product all the way down the line, from the farms to the cafés. Having a charitable component pays respect to that, and customers enjoy feeling like they’re part of it.”

From organizations that use coffee as a medium to support charitable initiatives to roasters and cafés that donate profits to programs they believe in, here are three giving models that exemplify the concept of coffee being used as a force for positive social change.

Brew Strength In a small office space in Portland, Oregon’s Old Town neighborhood, the Employment Access Center of nonprofit organization Central City Concern also serves as the base of operations for an unusual coffee company. Central City Coffee helps women, particularly single mothers, dealing with recovery and homelessness return to the workforce. “The intention of the program is to help them gain employable skills, and we use coffee as the medium to do that,” says Sarah Porter, business director of social enterprises for Central City Concern. “We are hiring people who don’t necessarily know anything about coffee on day one and we train them from the ground up in all aspects of the business. The goal is to help them exit with permanent employment in the community.”

A collage of snapshots of current and former employees—working in the warehouse, selling at farmers markets—is displayed in the hallway, and a row of brightly colored coffee bags adorned with names like Gutsy Goddess and Punk Princess line the shelf of a small office where Lisa Quinn, the program’s marketing manager, works at her computer. “I was in early recovery when I first started, so [the program] really helped me build my foundation again because I hadn’t worked for six years,” says Quinn. “It was a big confidence builder, being able to come back to work and be responsible and be trusted. I had done a lot of office work in the past, but I really fell in love with coffee.”

Working with three permanent employees and about eight transitional employees at any given time, Porter says the program aims to help 20 women return to the workforce this year. “We designed this program to help moms,” she says. “All of us here are women and mothers, so we are sensitive to those needs and want to help people find ways to get jobs that fit within those needs.”

Coffee Talk As an industry built on customer interaction, coffee shops offer a particularly effective platform for sharing information—an opportunity harnessed by Hope For The Day. An organization dedicated to suicide prevention and mental health education, they partnered with Chicago’s Dark Matter Coffee to open the Sip of Hope cafe in Chicago last year. “We were expanding on the idea of increasing the visibility of mental health resources by printing them on products we interact with on a daily basis,” says café manager Brian Kmiecik. “A café is the perfect place to begin the conversation about our mental health. So many folks start their day with a cup of coffee, and adding a charitable component or social mission gives people the chance to truly decide where their money is going.”

Founded in 2011, Hope For The Day provides mental health education and outreach as a means of proactive suicide prevention. Dark Matter offered to create a specialty blend that both benefited Hope For The Day and printed mental health resources directly on the packaging. The coffee sold well, and continued collaboration facilitated the café opening in May 2018 where, after operating costs and employees are paid, 100-percent of the proceeds return to Hope For The Day. But the café offers a secondary benefit simply by providing a safe space, with staff members trained in crisis intervention, where people can talk freely about mental health and other issues.

“One of my favorite things about working in the coffee industry is the chance to interact with such a wide range of people each day,” says Kmiecik. “We’re given the opportunity each day to ask over a hundred people, ‘How are you?’ And in our shop we genuinely we mean it!  Maybe on days one through 50 you’re doing great, but on day 51 it hits the fan. We’re here for that conversation.”

Close to Home When Jordan Karcher locked eyes with Molly, a small, brown and white Dalmatian, the course of his day, and life, were altered. He hadn’t intended to adopt a dog when he left the house that morning, but bringing Molly home also opened his eyes to larger animal welfare issues. With his trusty companion and an entrepreneurial spirit, Karcher launched Grounds & Hounds Coffee Co. in 2014. “The primary reason the coffee business model is suitable to social impact is simply the market size,” says Karcher, whose company now sells bags of single origin and specialty blends in retail locations nationwide and online, along with coffee gear and other merch.

To support the namesake hounds, 20 percent of profits are invested in organizations that operate animal rescue initiatives. “We have worked with over 325 organizations, ranging in size from grassroots rescues such as Young at Heart Senior Pet Rescue in Northern Illinois to national non-profits such as the Humane Society,” says Karcher. “I also believe that coffee pairs well with social impact due to the nature of coffee itself. It has historically been a beverage with community at its core.”

It was a focus on their local community that inspired Trey Cobb and Khanh Trang, owners of Greater Goods Roasting in Austin, Texas. “We saw the positive impact that socially and environmentally conscious [coffee] sourcing could have,” says Cobb. “At the same time, Khanh and I were becoming increasingly involved in charitable causes within our local community. We decided that Greater Goods would take a two-pronged approach to charitable giving: responsibly sourcing our coffees to support communities at origin, and then taking a portion of the proceeds from the coffee we sell to support our local Austin community.”

While the husband-and-wife team are dedicated to sourcing and serving the best coffee possible (Trang is a certified Q-grader and Cobb is the roaster), they realized that meaningful ways to give back could easily be integrated into their business plan. They opened the roastery in 2015, selling retail and wholesale, and by 2018 had opened two cafes and a coffee training lab. They support local organizations that have had a strong impact in their own lives, such as The Texas Autism Society, the Central Texas Food Bank and the Boys & Girls Clubs of the Austin Area. They make donations based on pounds of coffee, both sold in bags and used in the cafes, making an effort to connect the funds to tangible results. One bag of their Rise & Shine blend funds four meals at the food bank. “It’s meaningful when people can buy local and give local,” says Trang. “It makes everyday experiences, like buying coffee, feel more valuable.”