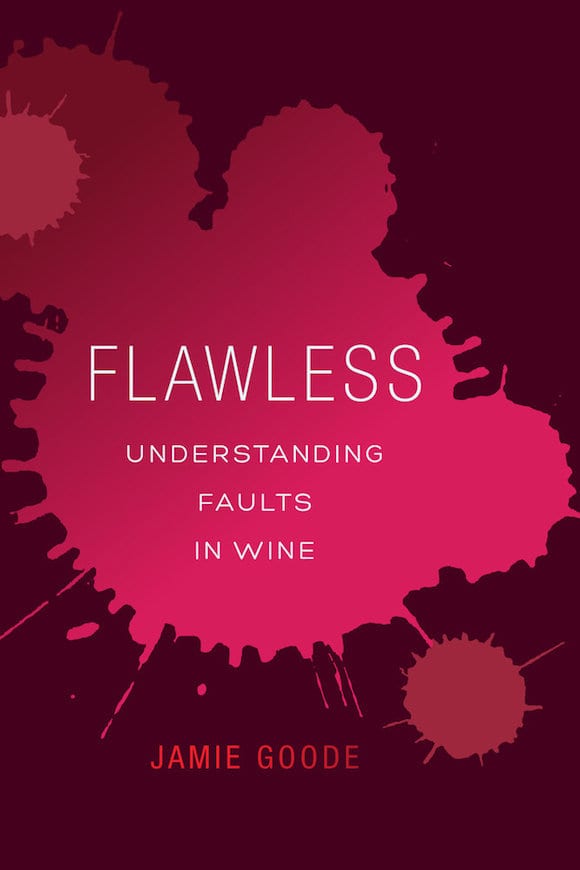 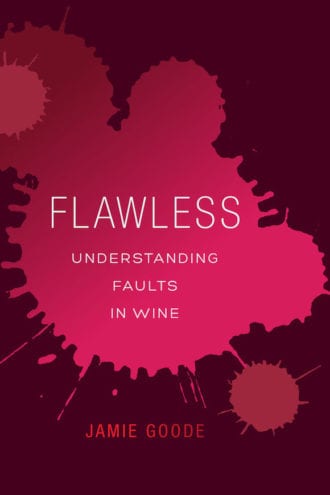 The Japanese concept of wabi-sabi essentially holds that beauty is found in imperfection—that flaws are, in fact, a natural part of beauty itself. The concept as applied to wine presents a bit of a conundrum, particularly in America where wines are ranked on a 100-point scale. Is a so-called perfect wine actually flawless? Can faults be manipulated in such a way as to be pleasing? It was a notion that intrigued Jamie Goode, wine writer and author of the books The Science of Wine and I Taste Red.

In his new book, Flawless (released this month from UC Press), Goode tackles the topic of faults in wine, both from the scientific perspective that tends to be his MO (he holds a PhD in plant biology) as well as holistically. “There are so many aspects of wine—from the vineyard to the sensory appreciation of wine as we taste it—that are informed by and rely on science,” says Goode. “Ultimately the read out of a wine is the person drinking it, and as we’re not measuring devices, there’s a lot of psychology and philosophy involved, so it’s really interesting from a scientific point of view.”

Beyond simply labeling what is “wrong” with a wine, understanding how faults present themselves can offer a framework for why we do or don’t enjoy a particular wine. “I think that’s the biggest problem for the wine trade: People don’t enjoy a wine because it’s faulty, but they don’t realize that’s why they don’t enjoy it. They just think the wine is the wine.”

Some faults are more obvious than others, and some are more subjective than others. An issue like cork taint, though not as common as it used to be, is characterized by a musty smell in the wine that comes from a contaminated cork. Once you know it, it’s rather easy to detect and widely agreed upon as an off-putting flaw. Oxidation is another factor that the average drinker is likely to encounter frequently and can be the result of the winemaking process or even a bottle left open for a few days too long. “I think it’s relatively common to come across a wine that’s maybe not screaming a fault, but it’s less good than it should be,” Goode says. “But in that case, it’s difficult to know unless you have a good idea of what the wine should taste like.”

Beyond simply labeling what is “wrong” with a wine, understanding how faults present themselves can offer a framework for why we do or don’t enjoy a particular wine.

Consider another potential, and highly common, flaw: the presence of Brettanomyces, a wild yeast that gives many sour beers their kick. In wine, the presence of Brett can be either appealing, lending a savory complexity, or appalling with flavors and aromas likened to Band-Aids and barnyards. “Brett is a great example because a little bit of Brett can be quite attractive in the right context,” explains Goode. “I had a Northern Rhône Syrah recently that had that peppery, black cherry character, and also had a strong animal-spicy character as well. It worked in that context, and I quite enjoyed it—but I recognized what I was drinking at the time.”

With trends in the wine world slanting toward natural and minimal intervention methods, many will point to the lack of mitigating measures like added sulfites as a primary cause of flaws, but Goode disagrees. “There are fewer faults in natural wines that you’d expect if you listen to wine scientists who suggest that if you don’t use sulfites in winemaking all the wine will be faulty, but that’s definitely not the case,” says Goode. “To be a bit controversial, I think more wines have been ruined by picking [the grapes] late and then using too much intervention driven by the wayward and random tastes of American critics during the late ’90s and early 2000s.”

While Goode acknowledges that a deep dive into wine faults may be overwhelming to the average wine drinker—”It’s like reading a medical textbook; you immediately think you’ve got seven or eight diseases”—he does suggest asking more questions. While a major fault may be self-evident, if you taste a wine that seems a little off, or if you simply don’t enjoy it like you thought you would, it’s perfectly acceptable to query the sommelier, wine shop owner or even the winemaker, should you happen to be in their company. “These people, day in and day out, come face to face with wine faults, and the accumulated experience is a valuable source of information,” Goode notes in Flawless.

In addition to helping drinkers better understand their bottles, Goode says he hopes that an increased knowledge of flaws will help winemakers be more creative and adaptive. “If you’re afraid of faults, you take defensive measures, and that can stifle the real personality of the wine,” says Goode. “Are we looking for something that’s technically perfect? Probably not. You can avoid faults completely and produce something that’s uninteresting and not worth drinking, or you can have something with small traces of faulty compounds, and it can be utterly compelling.”