Anu & Chris Elford on No Anchor and Navy Strength 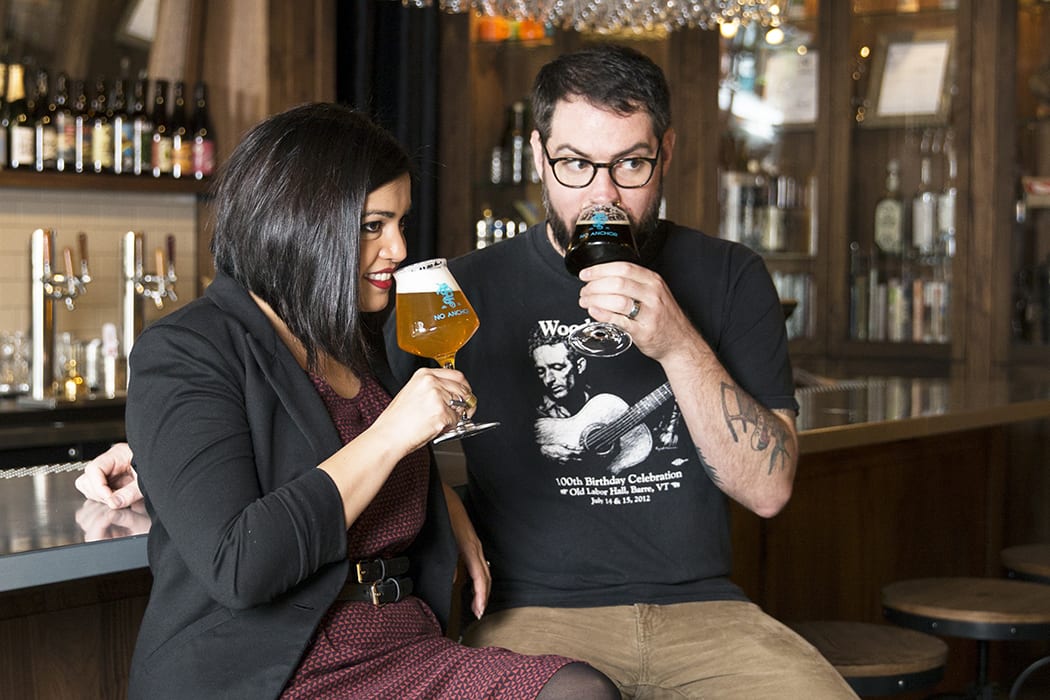 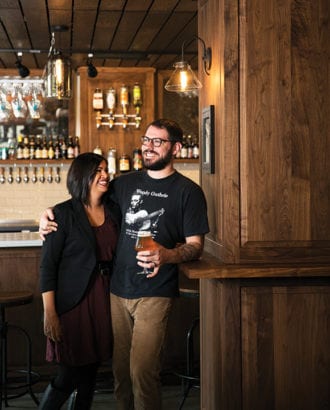 As the owner of Rob Roy in Seattle, Anu Apte was already an established figure in the cocktail world when she married bartender and cicerone Chris Elford in 2015. Elford had built his own credentials at bars ranging from Proletariat (which he helped open in New York City in 2012) to Amor y Amargo, Gin Palace and Canon, and together the couple hatched plans to make a bigger footprint on Seattle’s bar scene.

Their first joint bar, the beer-focused No Anchor, opened in September, and it culminated many of Elford’s early plans. “I’d opened Proletariat in 2012, but I wasn’t able to stick around and build it,” he says. “No Anchor is about constantly forcing ourselves to explore. The beer list itself—which weights modern vs. traditional, and approachable vs. esoteric—is designed to help people explore these waters.”

A lucky real-estate break meant the couple found two suitable bar spots on the same block, which enabled Apte-Elford to pursue another plan she’d long harbored. “I’d started Tiki Mondays at Rob Roy two years ago to test the waters, and it was pretty obvious that now is the time for tiki,” she says. Scheduled to open in early 2017, Navy Strength is designed as a Pacific Northwest style of tiki bar. “Seattle needs a tiki bar,” Elford says. “It’s the weather, the gloom, and the maritime history of this city.”

The new bar will feature items collected from travels—Polynesian art, as well as items from India and Thailand—and this multicultural aspect will be reflected in the menu, which will include tiki classics alongside more globally inspired flavors. “We’re really excited about focusing on the travel element in the bar,” Elford says. “The menu will reflect that—not just the flavors, but the service styles you find in different parts of the world. There’s an inauthenticity in classic tiki—we want to do over-authenticity in focusing on travel.”

This global spread means that while rum will be at the heart of many Navy Strength drinks, other spirits will likely share the top billing. “I was surprised nobody had taken the name ‘Navy Strength’ for a bar,” Apte-Elford says. “It applies to more than just rum. We’re focusing on travel and the tropics, and things that are tiki-inspired—we don’t want to be just about rum. We’re tying into the overproof aspect of spirits, and Seattle’s maritime background.”