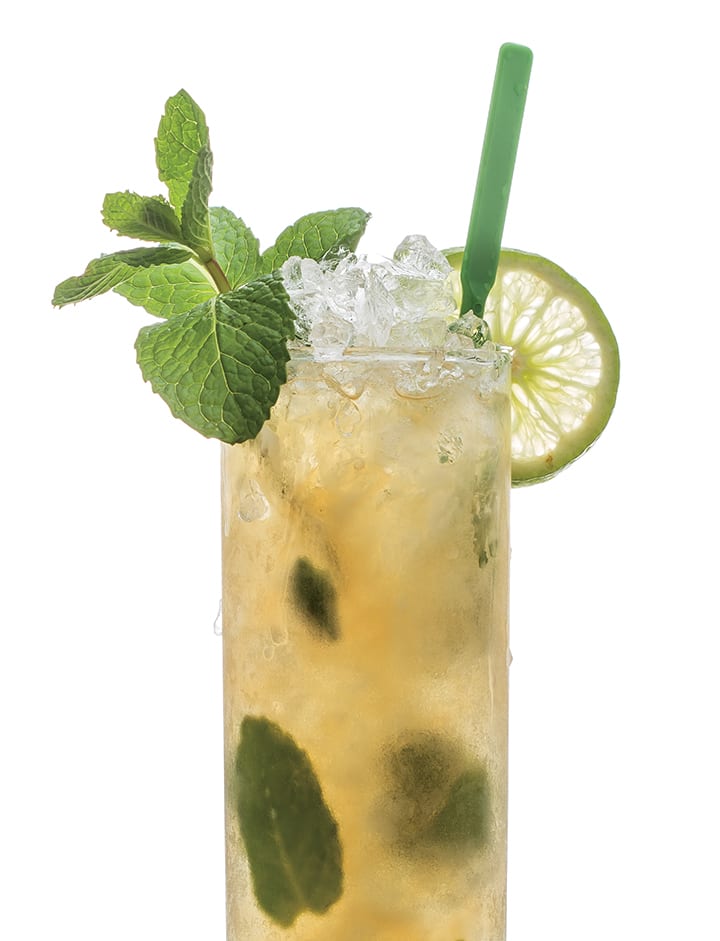 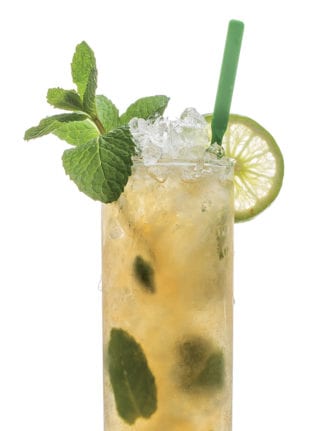 Swizzles—those tall, frosty, ice-capped cocktails—are the ultimate summer coolers. Most famous of them all, the Queen’s Park Swizzle was named for the Trinidadian hotel where it was first concocted in the 1920s. It combines overproof Demerara rum and rich simple syrup with a bouquet of fresh mint, a squeeze of lime and several dashes of Angostura bitters, and the real magic happens when these ingredients are mixed together. A swizzle stick—i.e., a tropical tree twig (bois lele in the French-speaking islands) with several short prongs shooting out perpendicularly from one end—is inserted to the bottom of the drink and then twirled between the palms in a quick back-and-forth motion, combining the ingredients and evenly chilling and diluting the mixture.

The result is a frosty layer on the outside of the glass, with just enough dilution on the inside to turn the robust mixture into a long, smooth, easy-drinking treat. We recently chatted with rum aficionado Martin Cate on a few things that will make your next Queen’s Park Swizzle especially delicious.

Reach for a rich Demerara rum. From Guyana to be exact. “There was no large-scale production of rum on Trinidad until after WWII. Most likely the rum used would have been Siegert’s Bouquet, a heavy-bodied rum that would have been made in Guyana on pot stills and darkened with caramel. Siegert’s Bouquet is gone, so try it with Hamilton 86-proof Demerara rum or Skipper Rum. Or for a little more age to the spirit, El Dorado 8-Year. Using a light-bodied rum and skimping on the bitters just makes a flat Mojito.”

Don’t skimp on the Angostura bitters. “Like everything served at the Long Bar at the Queen’s Park Hotel, locals were proud of Trinidad’s own Angostura bitters, which were likely used liberally to add spice and depth to a drink that otherwise might be forgettable.”

Finish with mint, not bitters. “I’ll never understand why so many people dash the bitters on top of the drink after swizzling—I have never seen a historic recipe that calls for that. I appreciate that it looks nifty, but you plunge a straw in there and drink a cocktail where you won’t have the taste of bitters for 80 percent of the drink, then too much at the end. Swizzle the bitters in there and integrate them into the drink! Your finished aromatic on top should be a mint sprig.”