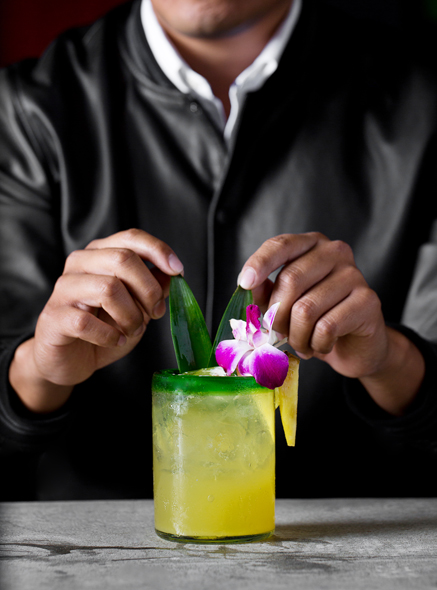 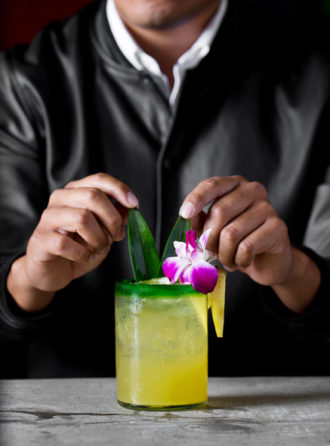 Daniel Djang is the bar-hopping blogger behind Thirsty in LA, an online exploration of the best places to drink in Los Angeles. In addition to highlighting some of his favorite places around town for Imbibe’s LA issue, Djang shares some of his go-to spots in Koreatown—the neighborhood that’s now home to bars such as the Normandie Club and Beer Belly and that’s becoming an essential part of the Los Angeles bar experience.

Guelaguetza (pictured)
“Koreatown isn’t just Korean barbecue, with beer and soju,” Djang says. “One of the best Oaxacan restaurants in the country is in Koreatown. They’ve always been big proponents of mezcal, and the mezcaleria here is absolutely top-notch—you can sip something you’ll never find anywhere else.”

Taylor’s Steakhouse
While this classic 1953 steakhouse isn’t technically a bar, Djang says it deserves a visit from those on a crawl through Koreatown. “It’s dark, there are red-leather booths and good steaks, and it’s a place where you order an old-school Martini with olives,” he says. “It is what it is, and it’s awesome.”

The Prince
“It’s kind of a time warp when you walk in,” Djang says of this bar and restaurant, which has been an essential neighborhood stop for decades. “It’s like a bright-red boudoir, with a kind of kitschy, not-quite-dive atmosphere, and with amazing Korean fried chicken and whiskey on the rocks. The drinks menu is stuck in the ‘70s—you’ll get a Long Island Iced Tea that’ll knock you off your feet.”

HMS Bounty
“This is more of a proper dive, with a nautical theme,” Djang says of this Wilshire Boulevard bar. “It’s across from the old Ambassador Hotel, and it has this mix of local Korean kids and barflies and hipsters—a good mix, with cheap drinks, and it’s a lot of fun.”

EMC Seafood & Raw Bar
“Get a dozen oysters with some Mirror Pond on tap or a barrel-aged Old Fashioned. It’s a sleek, busy seafood restaurant, and they have a great late-night happy hour. You can’t go wrong.”

Cassell’s Hamburgers
Originally founded in 1948, this retro diner now resides in the Hotel Normandie; Djang recommends stopping in for a bite before heading for cocktails at the Normandie Club. “The diner has been upgraded, and they have a full bar,” Djang says. “They’re known for their burgers and the food is fantastic—and they have house-made sodas and good beer on tap, too.”