A Guide to Fresh-Pressed Sugarcane Distillates 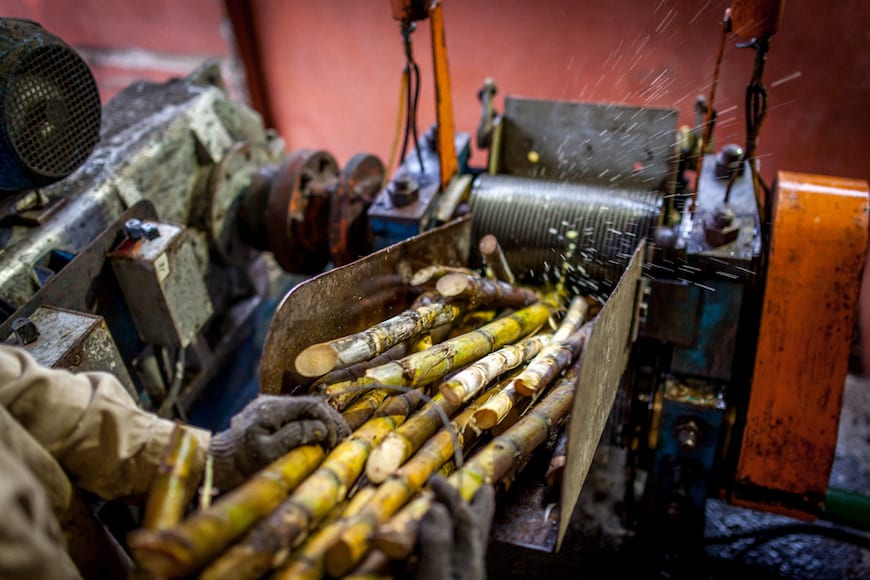 Until recently, America’s familiarity with spirits made from fresh-pressed sugarcane juice had been limited to rhum agricole and cachaça. But the growing popularity of these spirits has paved a new path for other spirits made either entirely or in part with fresh-pressed cane. Whether it’s clairin from Haiti, charanda from Mexico, or rums from the Japanese island of Okinawa, these spirits have bold, funky, herbaceous, and sometimes grassy flavors that distinguish them within the broader category of distilled spirits (and different from other rums, which are typically molasses-based). “Making distillates from fresh cane juice can happen in a wide variety of ways, depending on who is making them and where,” says Kevin Beary, beverage director at Three Dots and a Dash and The Bamboo Room in Chicago. “The common thread is that they have a lot of character and they all have a totally different personality from one another. The one thing I’ve found so fascinating with these spirits is how much the terroir of the cane translates into the final spirit.”

This quality makes them an easy sell to bartenders seeking flavors that are unique to specific places around the world. “The awareness is happening the same way we saw mezcal creep into the cocktail market,” Beary adds. “It’s the first time these hyper-local spirits are making their way into the world market, and as people become familiar with their wild, funky personalities, they’re eager to try more.”

Beary especially enjoys clairin served in the style of a 50/50 martini. Check out a few more ways to mix with charanda and rhum agricole, and read on to learn more about what makes these spirits unique.

Originating in Brazil, cachaça is a sugarcane spirit that traces its roots back to the 1500s. Today’s modern production is divided into two designations: artisanal and industrial. The difference between the two? The use of column stills (industrial) vs. pot stills (artisanal). For both categories, the sugarcane must be fermented within 24 hours of extraction from the cane stalks, and the final ABV must hit within the range of 38-54 percent. One distinguishing approach in the category is the practice of using indigenous woods to barrel-age the spirit. Some producers use French oak, but there are 28 varieties of wood native to Brazil available that can also come into play, including Avuá Cachaça’s use of amburana wood (also called Brazilian teak), a variety that imparts vanilla qualities, a slightly sweet flavor and a rich color; and bálsamo, a burgundy-colored wood with a high-density grain that lends herbaceous notes to the spirit. Novo Fogo also uses various native woods for aging cachaça; their Tanager expression spends time in both oak barrels and barrels made of arariba, or Brazilian zebrawood, for a vivid red color and earthy flavor, and the Graciosa spends two years in repurposed oak before finishing in Brazil nut (or castanheira do pará) barrels, for a nutty and creamy character.

Clairin has been made in small village distilleries for as long as rum has been produced in Haiti, and some estimates suggest there are more than 500 small distillers currently operating on the island. The spirit is typically made from local varieties of cane grown without pesticides and harvested by hand. Often, it’s fermented in tapered wood containers with wild yeasts, and distilled over direct flames in stills with copper plates. “Clarin offers an opportunity to sample very rustic cane juice rum produced by small independent distillers,” says Beary, citing Clairin Sajous and Clairin Le Rocher as his two favorite expressions currently available in the U.S. “Each distillate is distinctly specific to the producer.” Clairin Sajous comes from the Port-au-Prince region from a family operation dating back to 1960 and is praised for its fresh and fruity qualities. Clairin Le Rocher differs from others because it is produced from sugarcane syrup, not fresh-pressed juice, which is slowly boiled to retain the personality of the cane and all its amazing aromas.

Charanda and Other Mexican Rums

Drinkers of artisanal mezcal and tequila have recently taken interest in another Mexican spirit, the cane-based spirits coming from Oaxaca and Michoacan. For new rums coming to the U.S. from the state of Oaxaca, producers are working on a very small scale without formal regulations, meaning the diversity within the category can vary wildly. Currently, Paranubes, a side project of the Mezcal Vago brand, and Cañada, an expression from the Cinco Sentidos brand, are available in some American bars. Mexico also has an official denomination of origin for its other indigenous rum, called Charanda. Regulations for the spirit were established in 2003, requiring the rum be produced from sugarcane juice, molasses, or piloncillo (cane juice that is preserved via boiling, evaporation, and caramelization), and it may only be produced in 16 of 113 municipalities in Michoacán. Mexican rums land on the more rustic side of the spectrum, but that’s precisely what makes them so exciting for adventurous drinkers.

Drinkers know Japan mostly for shochu, saké and whisky, but attention is now being placed on rums from the southern prefecture of Okinawa. On the mainland and surrounding islands, people have been making rum from fresh-pressed cane since the 1500s, when the area was an independent entity called the Ryuku kingdom. Today the region is best known for its shochu production, but given the availability of local varieties of sugarcane that grow there, perhaps it was inevitable that fresh-pressed cane juice rums would also emerge. American drinkers will soon get the chance to say hello to rums from this region, as modern brands like Cor Cor (a producer on the island of Minamidaito that makes both fresh cane and molasses-based rums) and Teeda (located on the mainland, the distillery also produces awamori and shochu) trickle in stateside.

Rhum agricole remains the most well-known distillate made from fresh-pressed cane juice. Favored for its refined but distinct personality, the spirit has been made across the French West Indies for at least a century, but has a specific appellation of origin (AOC) that restricts “rhum agricole AOC Martinique” production to 23 municipalities within Martinique. Other specific regulations, established in 1996, also apply to the rhum’s production, requiring (among other things) that the sugarcane must be grown without interference of chemicals, and no syrup or molasses may be added to the fresh-pressed juice used for fermentation. Distillation must happen in column stills, aging is allowed in oak casks, and no rhum can be bottled at an ABV lower than 40 percent. Beary describes the flavor of most rhum agricole as “green, grassy, and light, with a bit of funk and distinct sugarcane profile,” adding that he prefers to drink them neat. “I think Martinique rhum agricole is the most balanced of cane spirits—they’re delicate and nuanced to the point that they can be enjoyed neat at room temperature.”