10 Summer Beers You Should Be Drinking Now 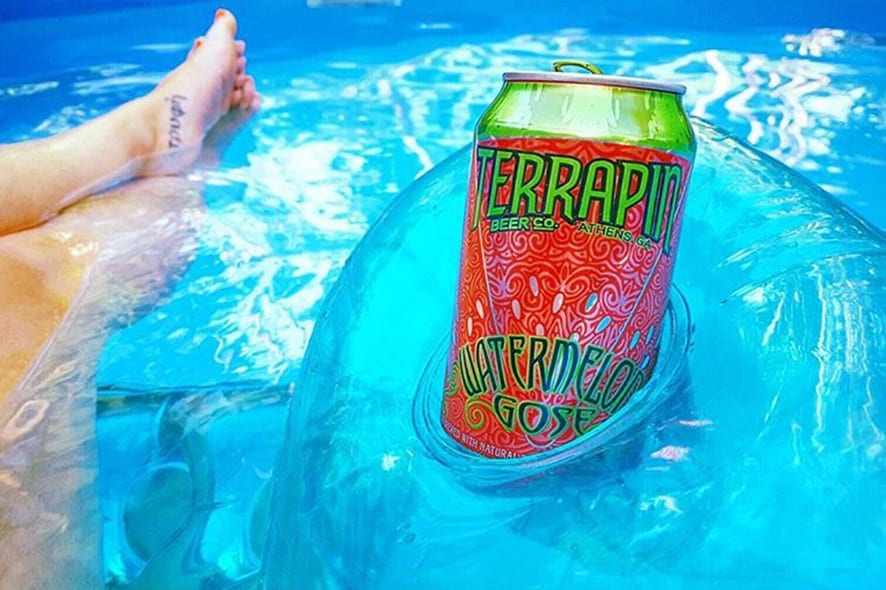 Sometimes a lager just won’t do. This summer we’re looking toward juicy IPAs and sessionable sours for warm-weather refreshment. Here are 10 beers you’ll want to fill your cooler with all summer long.

10 Barrel | Cucumber Crush
Bend, OR, 5% ABV
Cucumber sour. Sounds odd, right? Regardless, this Berliner Weisse–style beer is delicious and incredibly refreshing. At only 5% ABV, it’s light and crisp, and just when its sour edge gets you puckered up, the cucumber mellows everything out perfectly. Until recently, the beer was draft only, but now it’s also available in cans.

Ballast Point Brewing | Mango Even Keel
San Diego, CA, 3.8%
Ballast Point perfected the mix of tropicalia with beers like the pineapple and grapefruit Sculpins, and now mango has made its way into the brewery’s canned beer lineup. Fresh mango notes blend perfectly with citrus-forward hops.

Arrogant Bastard Brewing | Who You Callin’ Wussie?
Escondido, CA, 5.8% ABV
The newest year-round release from the Stone Brewing offshoot (remember when they split off in 2015?) is an assertive take on the traditional German Pilsner, distributed in 16-oz. cans and on draught. A far cry from your average pils, this brew has the signature Stone-like bite of hops and booming body you’d expect, but without the hefty ABV.

Firestone Walker Brewing Company | Luponic Distortion No. 002
Paso Robles, CA, 5.9% ABV
The second release in brewer Matt Bryndilson’s new experimental hop series is, as promised, a departure from No. 001, with a profile favoring hops from the Pacific Northwest blended with some from New Zealand and Germany. The beer has a light body and flavors of matcha, melon and hibiscus.

Green Flash Brewing Co. | Sea to Sea Lager
Virginia Beach, VA, 4% ABV
Created to celebrate the opening of the new brewery location in Virginia Beach, this unfiltered Zwickel is refreshingly crisp. Thanks to a blend of German Pilsner malts, two kinds of hops, 2-row barley, and traditional Pilsner yeast, the beer is full of flavor but almost featherweight in body. Dare we call it crushable?

Odell Brewing Co. | Drumroll American Pale Ale
Fort Collins, CO, 5.3%
So crisp and so clean, this unfiltered APA bursts with peach aroma, subtle citrus and a bracing bitterness that’s perfect for snapping your mind right out of that summer daze.

Sixpoint Brewing | Puff Imperial IPA
Brooklyn, NY, 9.8%
Not every summer IPA has to be a session. This amped-up version of Sixpoint’s Resin is unfiltered (yes, it’ll look cloudy) and buffered with an added dose of dry hops, and it explodes with resinous, piney hop flavor. Drink it fresh, the brewery says, for maximum goodness.

Terrapin Beer Company | Watermelon Gose
Athens, GA, 4.3%
The breadth of creativity in the new-school gose category is getting plenty of attention, as evidenced by this brew. Made with sea salt, coriander and watermelon concentrate, the it starts out nice and tart, ending with a touch of saltiness and melon sweetness.

Victory Brewing Co. | Tart Ten
Downington, PA, 10% ABV
For those looking for a heavier malt presence in their sours, this Dubbel from Victory is a winner. Brettanomyces yeast lends the copper-hued beer a lovely funk, which plays swimmingly with the slightly salty sourness and crisp, biscuity caramel malts. Czech Saaz hops creep around the primary flavors, adding body and a subtle dryness to balance out all that tart joy.