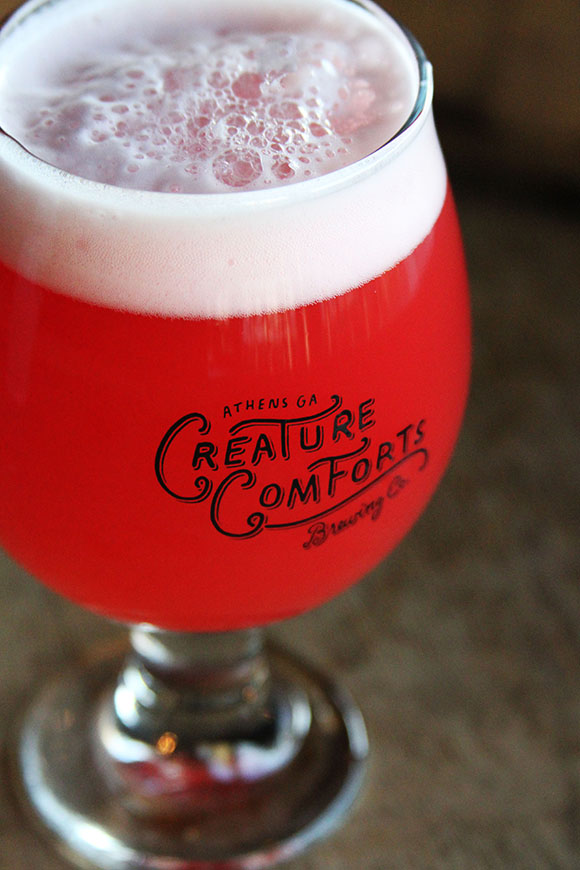 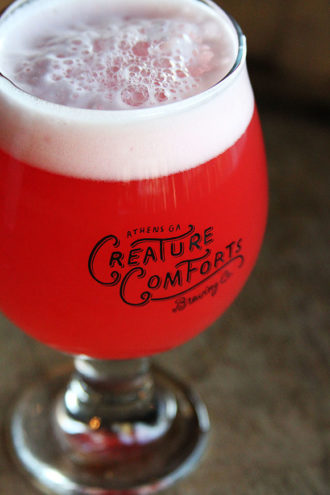 With temps finally starting to warm up around the country, we’re thinking about reaching for lighter, refreshing beers. From fruity Berliner Weisse to a few hop bombs, here are a handful of beers to sip this spring.

Alaskan Brewing Company | Kicker Session IPA
Juneau, Alaska, 4.5% ABV
A solid session beer rarely disappoints, and this new one is bright, citrusy and refreshing. It has a lower hop content than many sessions on the market, and flavors burst with juicy lemon and bitter orange peel from the Simcoe hops.

Boulevard Brewing Co. | Ginger Lemon Radler
Kansas City, MO 4.1% ABV
Radler season is back, and one of our favorites comes from the crew at Boulevard Brewing. The lemonade-like beer sings with zesty ginger and citrus, with very low bitterness and a subtle sweetness from the blend of malted and unmalted wheat.

Creature Comforts | Athena Paradiso Berliner Weisse
Athens, GA, 4.5% ABV
The newest release from one of our favorite Georgia breweries is a fruit-fueled version of their signature Berliner Weisse, featuring 2,856-pounds of raspberry, tart cherry and cranberry pureé in every batch. It’s one of the most vividly colored beers we’ve ever seen, with a bright burst of flavor to match; light-bodied and fizzy like a kombucha, the fruit element isn’t sugary, but rather crisp and tangy like a carbonated cranberry juice with a big squeeze of lime and healthy pinch of sea salt to help the flavors pop.

Firestone Walker | Luponic Distortion Revolution No. 001
Paso Robles, CA, 5.9% ABV
The newest series from Firestone Walker is an exciting one—every 90 days, the brewery will release a new hoppy brew under the Luponic Distortion label, each expression designed to “showcase the possibilities of pure hop aromas and flavors without any assist from adjuncts.” Revolution No. 001, the flagship in the series is marked by huge, resinous hops with dry pine needle notes. We can’t wait to see how the series evolves as brewer Matt Brynildson continues to cut loose.

Green Flash Brewing Co. | Cosmic Ristretto
San Diego, CA, 8.2% ABV
Formerly only available at the brewery’s taproom, this Baltic Porter laced with espresso is now distributed to the rest of the country in 22 oz. bombers and on draught. Belgian candy sugar and the addition of lactose give the beer a rich creaminess, tasting almost like a heavy cream laced with dark chocolate and a dry walnut-like punch of espresso. The lush texture and big personality make the brew taste more like a heavy stout than a thin Baltic Porter—a point of note we’re thoroughly enjoying.

New Belgium Brewing Company | Glütiny Pale Ale
Fort Collins, CO/Asheville, NC, 6% ABV
When we blind-tasted this beer in a lineup of pale ales, we were surprised that we couldn’t single it out from the pack. With ample hops and a well-rounded body, it’s hard to tell there’s very little gluten present. It’s not totally gluten-free, because the brewery wanted to preserve the natural beer flavor, so they experimented with an enzyme that would significantly reduce the percentage of gluten in the product instead of using ingredients that are completely gluten-free. Now available year-round.

Nightshift Brewing | Whirlpool American Pale Ale
Everett, MA, 4.5% ABV
Juicy, tropical hoppy beers are one of our styles to watch in 2016, and this gem from Massachusetts expresses everything we love about the category. Explosions of sweet, juicy ripe peach and citrus define this Pale Ale, which has just enough hops to satisfy the harshest critic.

Stillwater Artisanal | Cellar Door White Sage Saison
Baltimore, MD, 6.6% ABV
A clean blend of Sterling and Citra hops add a grassy, herbal flavor to this wheat based-beer, which is mixed with sage. For a Saison, the yeast characteristics are subtle; instead, it’s clean, crisp, complex and pairs perfectly with salty charcuterie.

Square Mile Hard Cider | Spur & Vine Hopped Cider
Portland, OR, 6.7% ABV
Hopped ciders can be hit-or-miss, so we were happy to discover this cider. It’s made from a blend of Red Delicious, Yellow Delicious and Jonagold apples, and fermented with a lager yeast to help keep residual sugars to a minimum. The hops—a “generous amount” of Citra added during the cold conditioning process—taste subdued in the beer, adding hints of melon and honeysuckle, but without bitterness.