Who served the last drink before Prohibition? 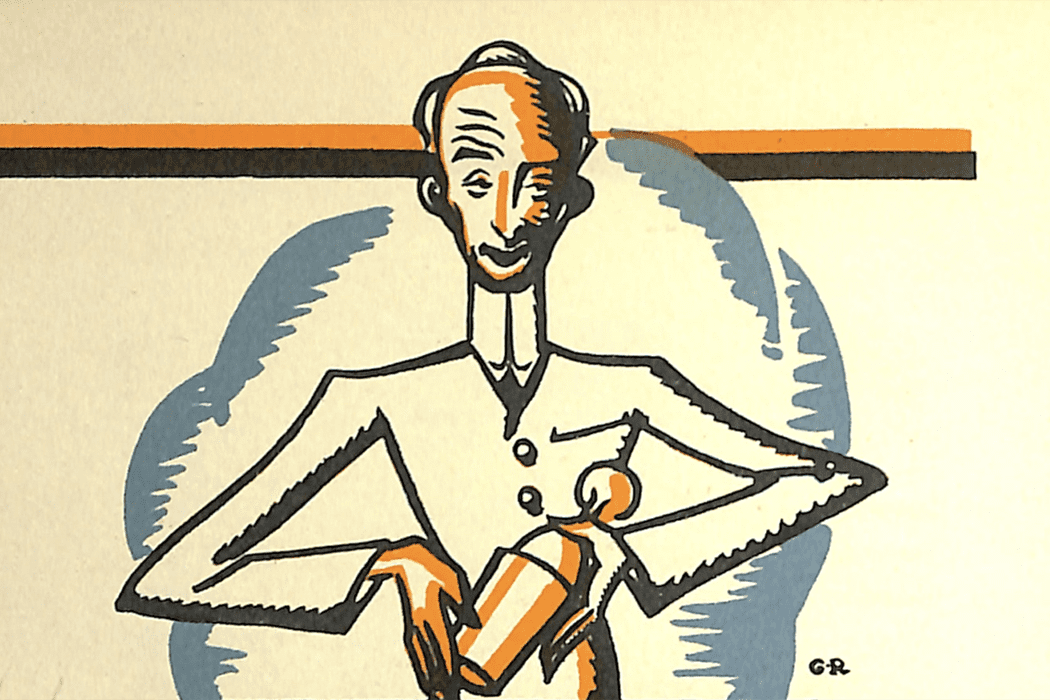 It is said the man to mix the last legal cocktail in America is Harry Craddock of the old Holland House who is now in the Savoy of London.”

Such was the pronouncement of O.O. McIntyre, who asserted this in 1925, five years after Prohibition began. McIntyre is a name lost to history now, but he was once a noted bon vivant and gossip. For a quarter century he composed a chatty column full of facts and near-facts, which appeared in 500 newspapers nationwide.

McIntyre doesn’t say where he obtained this particular nugget, but it’s not a stretch to believe it was told to him by Craddock himself. Craddock was not unfamiliar with the art of self-promotion. The illustrious bartender also liked to tell customers that he packed up and set sail for England the day American Prohibition began, heading to London to begin his career anew in a land of still-legal liquor. (Even his origins were subject to some enlivening: Craddock claimed he was born in Chicago, but later research suggests that England was more likely.)

After a career at a number of legendary establishments in America, Craddock landed at The Savoy hotel, whose bar was famous when he arrived and even more famous when he retired. That’s largely thanks to his lavishly illustrated The Savoy Cocktail Book, which became an icon of the era.

Craddock was popular and entertaining, and part of an evening’s entertainment was evidently his recounting of how he served the last cocktail in America. One imagined him re-creating the scene, with shaker held aloft and one eye on the clock. The Savoy’s clientele was influential, so it’s no surprise that this feral bit of information became untethered from the bar, and wandered into established fact. It became established enough that when Madame Tussauds Wax Museum reopened in 1928, after a disastrous fire several years earlier, a featured figure was Craddock himself, with shaker in hand, shown in the act of “mixing the last legal cocktail on the middle stroke of midnight that heralded Prohibition,” according to one account. “Middle stroke” gets a tin trophy for embellishment.

In any event, the claim that a single person crafted the last cocktail at the stroke of midnight on January 16, 1920, is, without doubt, ostrobogulous piffle.

For Craddock’s claim, consider the inconvenient matter of time zones. These were established nearly four decades prior to Prohibition, and Craddock was tending bar in New York City when the curtain fell. This means that every bartender from Chicago west who mixed a drink after 11 p.m. served a post-Craddock cocktail.

Craddock’s fetishization of the last cocktail also suggests a certain bonhomie and good cheer surrounding the last drink served, a ceremonial marking of an era.

Accounts fail to bear that out. There were few riotous “farewell, drink!” parties. (Although along Broadway in New York, according to one news report, “ ‘mourners’ gathered for the ‘wake’ in a spirit of hilarity that ought to have made the corpse wonder if it was not a christening instead of a funeral.”)

More often, topers sullenly finished their drinks in silence as the clock tocked toward 12. Staff lingered nearby in some bars and restaurants, poised to instruct guests to pour their drinks on
the floor at the stroke. In some nightclubs, guests rose at the bewitching hour and formed solemn funeral processions, which “marched in and out among the bottle strewn tables, while the orchestras fiddled desperately at funeral tunes set to jazz time.”

The real ribaldry and noisemaking arose wherever “drys” had assembled to celebrate the casting out of the devil, at what they called “watch parties.” (“ ‘Wets’ mourn silently while ‘drys’ celebrate,” read a New York Times headline.) The fiery preacher Billy Sunday addressed 10,000 followers who had gathered to mark the event in Norfolk, Virginia. “You were God’s worst enemy; you were hell’s best friend,” Sunday thundered about alcohol. “I hate you with a perfect hatred; I love to hate you.”

According to most reports, the morning of January 17, 1920, dawned quietly if coldly across much of the country. At kitchen tables and coffee shops, one assumes that the talk of the last cocktail soon faded. One assumes with equal conviction that attention quietly, insistently, implacably, turned toward another legendary if spurious drink: the First Illegal Cocktail.

No record exists of who first brought it to their lips.