Where to Drink in Santa Barbara 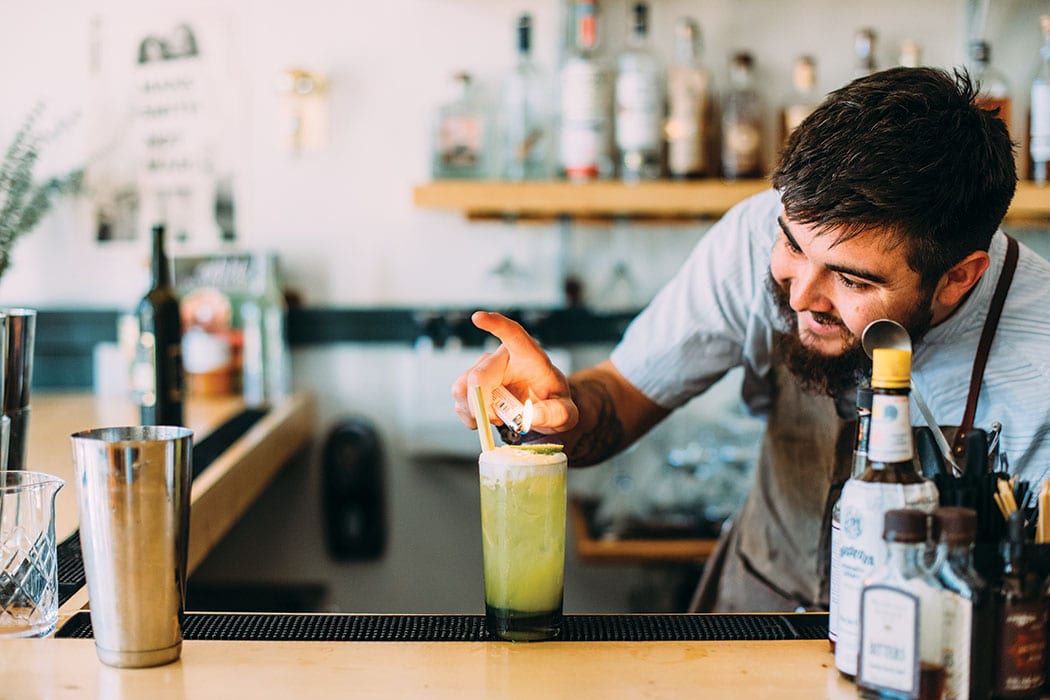 Perpetually temperate and nestled between hills and ocean on the central California coast, Santa Barbara needs no heavy-handed endorsements. But Santa Barbara is also an up-and-coming drinks destination. Patrick Reynolds, beverage director at vintage-styled cocktail lounge The Bobcat Room, gives the rundown on some of his favorite spots.

Handlebar Coffee Roasters
Modus Operandi: Kim Anderson and Aaron Olson were professional road-bike racers for a decade, and they found inspiration at Europe’s cafés as they toured. Once they settled in Santa Barbara, the duo began roasting beans in a friend’s garage before officially opening their airy downtown café in 2011. Roasting mostly single-origin coffees from Central and South America, Handlebar aims to ultimately source directly from farmers, especially as they work to open a second location. Read more about the café here.

Brass Bear Brewing
Modus Operandi: Opened in early 2016, this little brewery by the beach is building a fan base for their small but solid lineup of beers (from the Goldilocks Blonde to a blood orange and raspberry imperial gose), their personable service and their monthly pairing dinners. “The husband-and-wife owners are creative and welcoming,” Reynolds says. “And the Cave Age lager is perfect for any hot day.”

Santa Barbara Wine Collective + The Lark
Modus Operandi: Located in a rehabbed warehouse in the Funk Zone, the city’s arts district, the Santa Barbara Wine Collective pours from a lineup of five of the region’s winemakers, including Babcock Vineyards, Notary Public and Ca’del Grevino. Grab dinner under the same roof at The Lark, which keeps things local by utilizing seasonal ingredients of the Central Coast, as well as spirits from Cutler’s Artisan Spirits, located just two doors down.

The Bobcat Room
Modus Operandi: Across the dance floor of the rowdy Wildcat Lounge is the entrance to The Bobcat Room, a quieter, cocktail-centric space that juxtaposes its vintage vibe with a bar program that builds on Reynolds’ farm-to-bar weekly series at Wildcat. “It looks like where the Rat Pack would have a Martini before a job,” he says. With help from GM Shaun Belway, Reynolds’ hyper-local seasonal drinks have included offerings like mule riff The Smitten Kitten, with house-made ginger beer and fresh passion fruit from a neighbor’s yard. “A lot of people let us forage if we do a little yard work in return.”

Test Pilot
Modus Operandi: The husband-and-wife owners of The Good Lion (check out their Rosemary Clooney cocktail recipe) made their foray into tiki cocktails last fall with the opening of Test Pilot. The menu aims for a modern take with playful interpretations like the Oaxacan Dead (a Zombie riff with mezcal, tequila, rum, lime and pomegranate) and lightly tweaked classics, like a Piña Colada with Caribbean amaro.

The Pickle Room
Modus Operandi: Operating since 1947 as Jimmy’s Oriental Gardens, The Pickle Room opened in its stead after a six-year hiatus, maintaining the original décor and the devoted local clientele. “The Pickle Room is an amazing place that can’t even be put in a category,” says Reynolds. “You just call it solid gold.” In addition to fried rice and Mai Tais, you can also order fried pickles with apricot chili sauce and a “Pickletini,” naturally.