A Chat With the Filmmakers Behind The New Orleans Sazerac Film 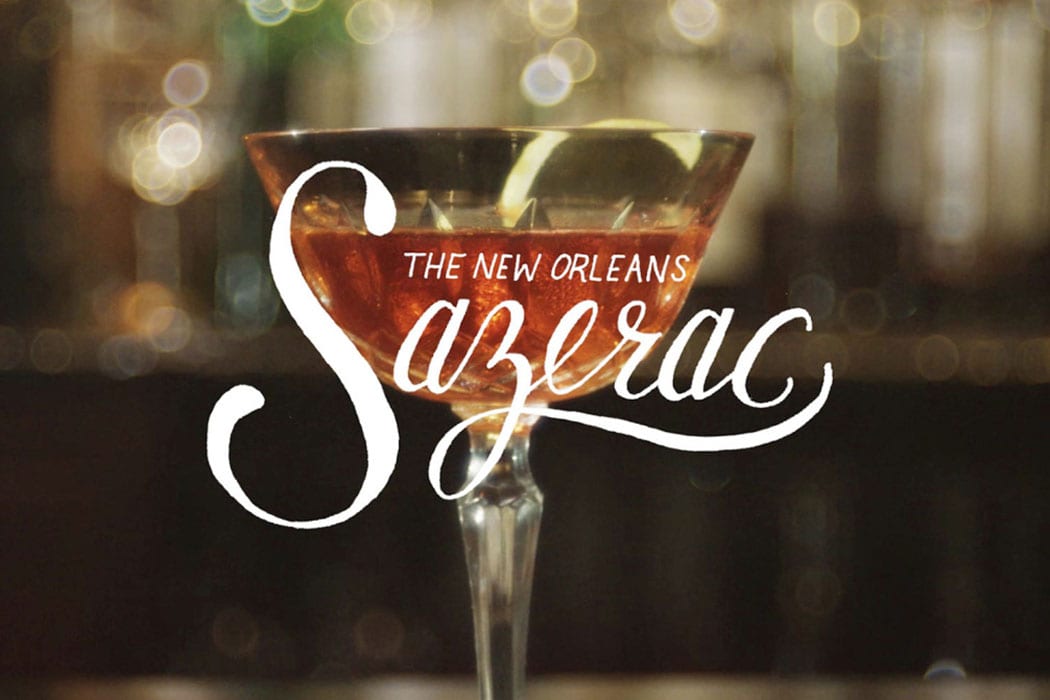 The Sazerac—a mix of rye whiskey, syrup, Peychaud’s and Herbsaint—is a New Orleans classic that has long captured the adoration of drinkers worldwide. Now, a new documentary is exploring its fascinating history and evolution. Through interviews with industry luminaries like David Wondrich, Robert Simonson, Chris McMillian and Imbibe’s very own Paul Clarke, the film traces the history of the famous drink from its humble origins to modern interpretations. In advance of this year’s Tales of the Cocktail (where most of the film was shot) we spoke with James Martin of TheSipologist.com and his partner (in work and marriage) Jen West to hear more about how the short film came together for Four x Productions.

Imbibe: James, how long have you been a filmmaker?
James Martin: I’ve dabbled in various film roles since college, mostly focusing on documentary for my own personal projects. In 2013, I started producing narrative shorts that my wife Jen wrote and directed, which introduced a whole new side of filmmaking to me. When it came time to direct The New Orleans Sazerac, I brought all of my past experiences to play. I knew I’d want the film to have a narrative component, hence the introduction of the doc visualizing what a typical Sazerac enthusiast might have looked like in 1904.

How did you get interested in cocktails? Was there a defining moment or drink that sparked your interest?
It’s hard to say what the true defining moment was. However, the Sazerac was the first cocktail I ever wrote about in my blog The Sipologist. Discovering the story behind a cocktail adds a whole new dimension of appreciation for me. I also appreciate the bartenders behind the cocktail. It’s all a part of the experience and personality.

Jen, are you as interested in cocktails?
I do love a good cocktail, but my level of appreciation surely doesn’t match that of James’. However, since producing The New Orleans Sazerac, I do find that the combination of story, individuality and environment in which I drink a cocktail greatly influences my taste bud’s perception.

Of all the cocktails you could delve into, why the Sazerac?
Jen and I have always adored the history of New Orleans. The more I learned about the Sazerac, the deeper my curiosity grew. I’m a sucker for a good Southern tale, and the Sazerac offers up its fair share of folklore and mystique. In fact, after deep diving through my research, there are still origin questions in regards to the Sazerac that may never be fully answered.

What were some of the most intriguing things you learned about the cocktail?
One of the biggest might have been the name of the drink itself. It can be assumed that it was named after a brand of Cognac called Sazerac de forge et fils, however many people argue that the actual Sazerac was made with rye whiskey and not Cognac, and the name instead came from the Sazerac Coffee House, a popular bar of the time. Every ingredient of the cocktail has an alternative play that certain bartenders use to their advantage. You can have Cognac, rye or a combination. Some prefer Angostura and Peychaud’s, while others demand only Peychaud’s. Some use Herbsaint, while others claim absinthe is the only true way. Even the sugar can take on several forms, from cube, simple, demerara, cane syrup, etc. That might be why I love the drink so much—every time you order, you can expect some deviances.

How was the experience of interviewing people during Tales of the Cocktail?
It was controlled chaos. Our interview subjects were in high demand during Tales, so to even get 30 minutes of their time was a gift. On top of that, we had to make sure we were ready to roll as soon as they entered the room. Very little room to make mistakes. Luckily, our production team was top notch and we were up for the challenge. Since TOTC happens in one of the hottest times of the year in New Orleans, we had to make our outdoor excursions precise and keep everyone hydrated. We celebrated our daily successes each night with cold beer and crawfish at the film headquarters. Many awesome memories were made.

Would you consider doing another cocktail film?
We have a few things up our sleeve! I definitely want to continue telling the stories behind culturally important cocktails in unique ways through film. Hopefully we can announce our newest cocktail project soon.