The Future of Coffee Beer Is Here 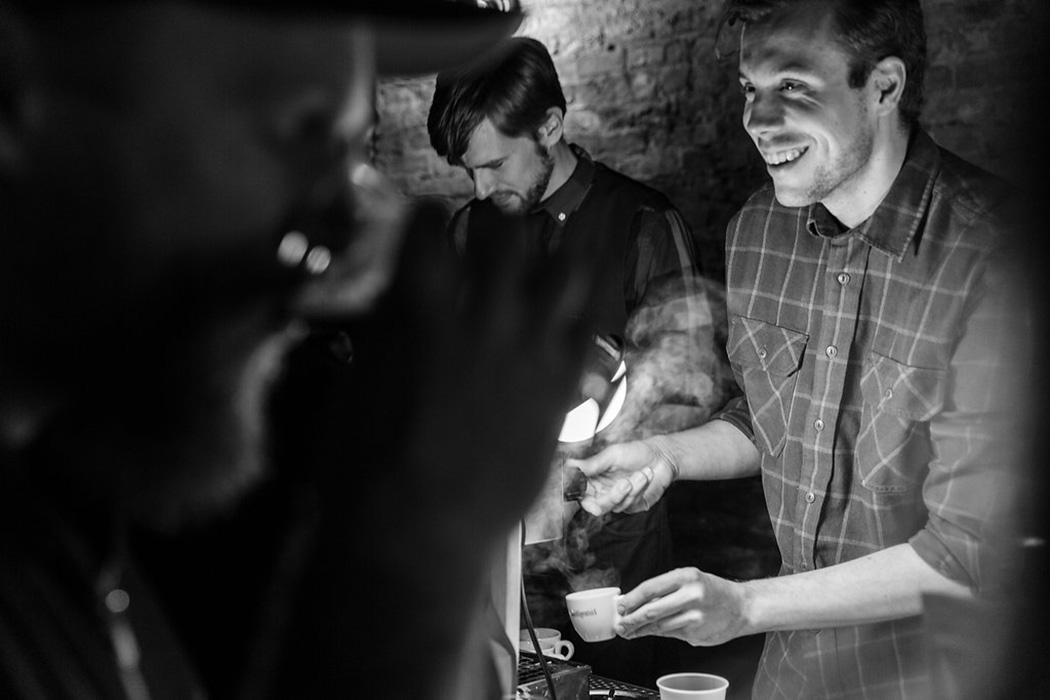 One of the most notable trends emerging out of the craft beer and coffee worlds happens to be the space where the two intersect: coffee beers. To date, breweries like Stone Brewing Co. and Goose Island have led the charge nationally, but smaller breweries are also starting to reimagine the category, and if last weekend’s Uppers & Downers event is any indication, the trend is primed to spread even more.

Uppers & Downers—a collaboration between Good Beer Hunting (Michael Kiser is one of our people to watch in 2016) and Stephen Morrissey, formerly of Intelligentsia Coffee and a 2008 World Barista Champion—launched a few years ago during an informal drinking session, where the duo realized that most brewers weren’t taking coffee as seriously as they should. “Kiser and I saw so much crossover between the two cultures of beer and coffee: the celebration of diversity, process and ingredient, and we wanted to see if the values of both could be harnessed into one drink,” says Morrissey. “If you just want the flavor of roasted coffee in a beer, that’s totally fine, but if a brewer is going to boast about the inclusion of a specific coffee from a specific roaster, then I want that coffee presence to be interesting and complex.”

Uppers & Downers does something very unique: It’s bringing roasters and brewers to the same table to collaborate and create beers that push both industries forward while learning more about both coffee and beer.

We spend time learning as much as we can about water, malt, hops and yeast, so if we’re going to invest time and resources into coffee beer, it only makes sense to understand the ingredient as best as possible, says Solemn Oath brewer Paul Schneider.

This year’s festival featured sours, IPAs and Belgian-style beers made with coffees from Intelligentsia, Madcap, Dark Matter and more. “I loved that so many of the beers being poured where light and bright,” says Morrissey. “Most people associate coffee beers with stouts and porters, and while they certainly have their place, it’s really exciting to see brewers use the full armory of styles at their disposal to see what’s possible.”

Some breweries explored the effects that different coffee extraction methods have on flavor while others experimented with cascara (one of our flavors to watch in 2016). Added for it’s light fruity qualities and dry, tannic finish, we spotted cascara in a barrel-aged saison, and two Berliner Weisse-style brews, and even Angry Orchard showed up with a cascara-steeped bittersweet cider aged in bourbon barrels.

Kiser says the gathering has sparked a lot of interest from brewers around the country, so expanding the event to new locations is a logical next step. If you live in Atlanta, the crew will host a small pop-up version of the festival at this year’s SCAA Expo in April.