How it Started: Slingshot Coffee 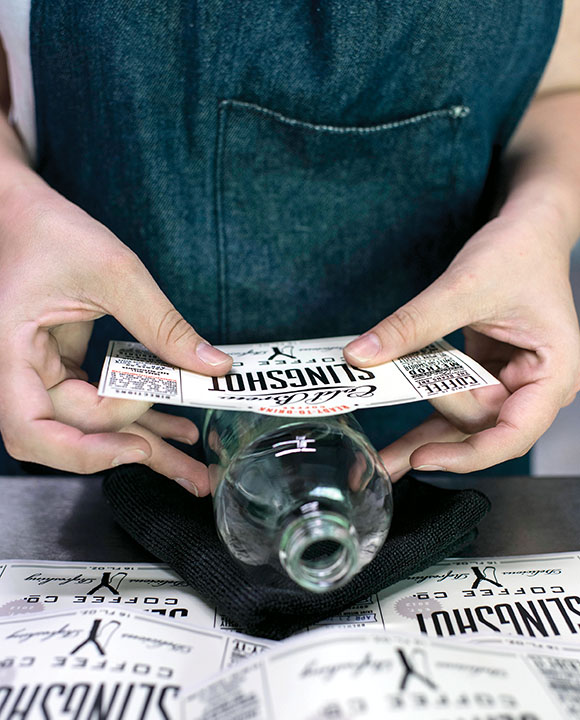 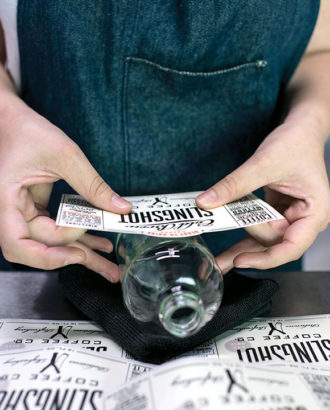 In the July/August 2015 issue, Liz Clayton explores the cold-brew coffee boom. Slingshot Coffee has become one of the most successful producers in the field, so we reached out to founder Jenny Bonchak to find out what led to her passion for quality cold brew. In her own words, here’s how Slingshot Coffee came to be.

Bonchak: I’m a year-round iced coffee drinker, but through the years—whether an independent shop or any ubiquitous chain—the iced option for a black coffee fell short. At this point, the only options for a bottled iced coffee came with loads of milk and sugar. There wasn’t a black coffee option in sight, and certainly not one that took a coffee-centric approach. As my husband Jonathan and I continued to develop our palates, it was more and more evident just how dismal the options were, so as an alternative, we started making cold brew at home, paying attention to the coffee we used, tweaking recipes and ultimately drinking something better.

Jonathan pitched the idea of this kind of bottled iced coffee to a local roaster. They passed on the idea, and after that, we sort-of shelved the thought, too. We were growing up and doing things adults do; buying our first house, considering starting a family, moving onward and upward in our respective careers, etc. Until we moved to Raleigh in 2005, and Jonathan decided to continue to pursue the career in coffee. He got a job at a couple of small local roasters along the way, working from the road quite a bit. I joined him any chance I got. We’d hit store after store, doing demonstrations of pour-over coffee for hours at a time. It was fun, especially since we could do it together. We were both learning more and more about coffee, and it was during that time that we knew we wanted to work in coffee together.

As I grew more and more dissatisfied with my career and spent more time entrenched in the world of specialty coffee, I decided to dust off the idea of a bottled iced coffee and got to work scheming and planning in early 2011. I had no idea where to start, but I started. I put in hundreds of hours of research and development, tasting coffees, testing recipes, sourcing bottles and labels, and writing a business plan.

For those first two years, Slingshot was primarily a one-woman show. I cupped coffees, I brewed, I bottled, I labeled, I sold, I did public tastings, I delivered, I distributed, I marketed. I was so busy, I decided to quit my day job in February of 2014. We were incredibly fortunate that people had been taking notice that Slingshot was different. Our roster of awesome retail partners continued to grow, we had some great press and the whole thing felt more real by the day.

That summer, Slingshot moved into a new facility all our own, I hired a part-time production position and just kept plugging away. We expanded distribution of the newest member of the Slingshot family, our Cascara Tea. And finally, we opened our aptly-named neighborhood coffee bar, Weekend, in August of 2014 at our brewing and bottling facility.

In February 2015, I took second place in the nation at the United States Brewers Cup Championship in Long Beach, CA, adding to Jonathan’s collection of first and second place Brewers Cup trophies. By May, I hired four staff, and Jonathan and I decided to finally make Slingshot what we’d always dreamed it would be… something that we grew together. And by Slingshot’s third birthday, I hired Jonathan as our first full-time employee.

Do we really get to do this everyday? It’s hard and it’s rough. But it is always beautiful and rewarding. Sometimes it doesn’t seem real that we can do what makes us happiest – brew exceptional coffees that we can share. So whether picking up a bottle in Massachusetts or Georgia, you can bet that every bottle of Slingshot is delicious – and brewed with passion, knowledge and intentionality. Enjoy it.