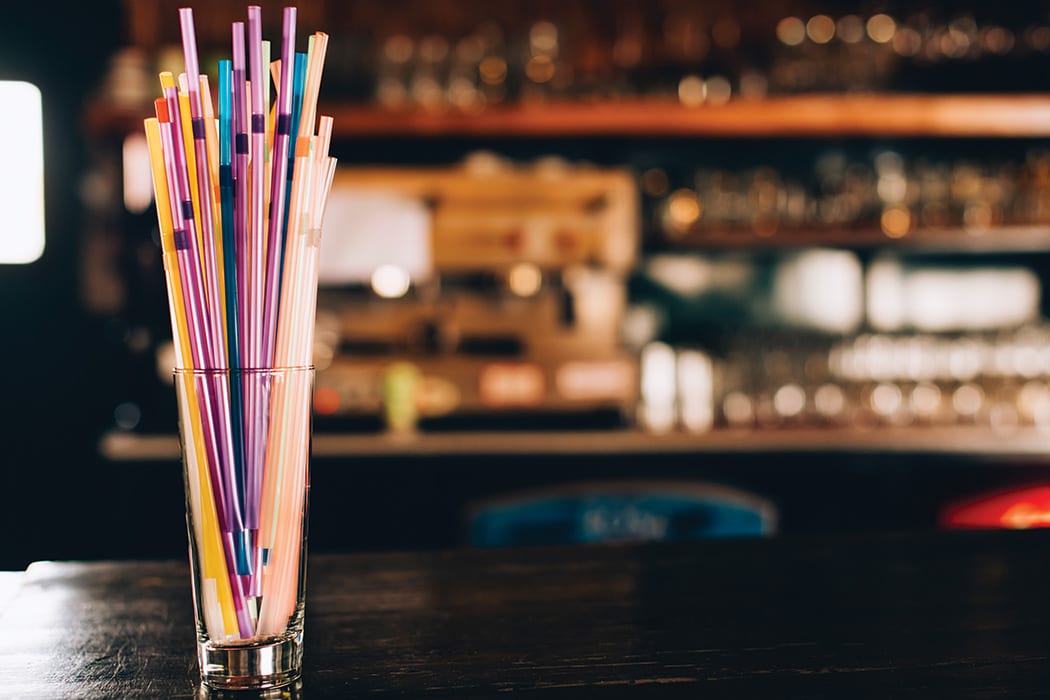 Last rites were delivered this past summer for the plastic drinking straw. It was approximately 60 years old and is survived by its mother, the paper drinking straw, and its great-great-grandfather, the silver drinking tube.

An autopsy determined that the cause of its demise was a sudden overdose of social media focusing on the straw’s environmental detriments. This was compounded by a general groundswell of discontent with the very notion of the disposable straw, which is light enough to blow across beaches and into the sea, yet too light to effectively recycle. The coup de grace was delivered by Kim Kardashian, who announced to her 115 million Instagram followers that she would henceforth forgo all plastic straws.

Over the past year, the straw has been exiled from many places, including the cities of Seattle and San Francisco, Buckingham Palace, American Airlines flights, and Starbucks, which announced replacement “strawless lids” for cold drinks, along with plans to eliminate plastic straws by 2020, effectively removing one billion straws per year.

Skeptics have pointed out that the plastic straw is, technically, not dead. It is, in fact, still being produced and distributed to consumers around the world by the millions, often from towering, sarcophagus-like dispensers next to self-serve fountain drinks at fast food restaurants.

Advocates for the disabled have also fought for the survival of the plastic straw, noting that it serves a necessary purpose for those with certain physical limitations. Additionally, bubble tea shops have resisted the plastic straw’s demise, pointing out that shotgunning a squishy orb into your mouth via wide-gauge straw qualifies as entertainment, whereas fishing those orbs from the cup with extended lips decidedly does not. Thus, a more accurate description of the plastic straw’s current status may be “Dead, Unless Requested.”

Dead or alive, the plastic drinking straw descends from a noble lineage, and it can trace its ancestry back though milkshake parlors and soda fountains, where it fraternized with such noted concoctions as the malted milk and sarsaparilla soda. But the straw family first came to prominence in early 19th–century bars, where it arose as a required accoutrement.

The first half of the 19th century was the age of the Julep and Cobbler. These drinks developed as a result of the widespread shipping of northern pond ice, abetted by high-tech innovations like double-walled ships and sawdust insulation. The ice slabs would be delivered and then pounded, pebbled and packed into glasses before being liberally doused with spirits, mint and whatever fruits were in season. This concoction would then be slid across the bar to a customer.

Unfortunately for the customer, this was also the age of Questionable Dental Hygiene. Cavities and cracked teeth were endemic; the sole cure for a toothache involved pliers and a strong forearm. Allowing crushed ice to come in contact with shriek-triggering teeth was less than optimal. A straw, however, could allow a refreshing spiritous beverage to glide from glass to gullet without awakening the slumbering nerve sentinels.

The original straw was a slender and hollow stalk of rye grass. In Charles Dickens’ Martin Chuzzlewit, a character hails the Cobbler as a “wonderful invention,” whereupon he inserts a reed in the ice and through “expressive gesture” communicates to his companion that “it was to be pumped up through that agency by the enraptured drinker.” Other options also existed. An 1859 guide suggested sipping “through a tube of macaroni or vermicelli.”

The straw quickly gained adherents and spread in popularity. A British newspaper, Berrow’s Worcester Journal, in 1846 noted, “The seeming absurdity of sipping through a straw has grown into a rational and approved gravity, and the compliment is now to say, ‘Allow me to suck to your very good health.’ ”

A better class of drinker sought a better class of straw. In 1839 the New Orleans Picayune noted that “connoisseur julep drinkers now carry a small silver tube in their pocket, through which to imbibe the grateful beverage.” Several of Jerry Thomas’ recipes in his groundbreaking 1862 Bartenders Guide call for the drinker to “sip through a glass tube or straw.”

By the end of the century, reed, glass and silver were supplanted by the patented paper straw, described in a Kansas newspaper in 1894 as “a cylinder of manilla [sic] paper hardened with paraffin [sic].” As early as 1887, one writer noted that “the old-time sherry-cobbler straw is doomed, and its place is to be taken by a straw (if it can be so called) made of paper.”

Paper straws persisted through much of the 20th century but were elbowed aside by extruded plastic around the century’s middle. These variations were light, cheap and often mesmerizingly transparent. They came to dominate America until their recent fall from favor.

The demise of the plastic straw has given new life to its once-forgotten ancestors. Paper straws are now back in fashion. The sole American manufacturer, Aardvark Straws of Indiana, recently was sold to Hoffmaster Group of Oshkosh to fund a much-needed expansion. Even metal straws are making a comeback. A Kickstarter campaign for FinalStraw, a $20 collapsible and portable steel straw, hoped to raise $12,500 to get into production. Instead, clamoring consumers swamped it with $1.8 million in pre-orders. The straws will be available this November.

The FinalStraw should serve as a suitable accessory to bring to the memorial services for the plastic straw, which will be held nightly at your nearest bar. No flowers, please.