What Drinking Tea Can Teach You About Drinking Everything Else 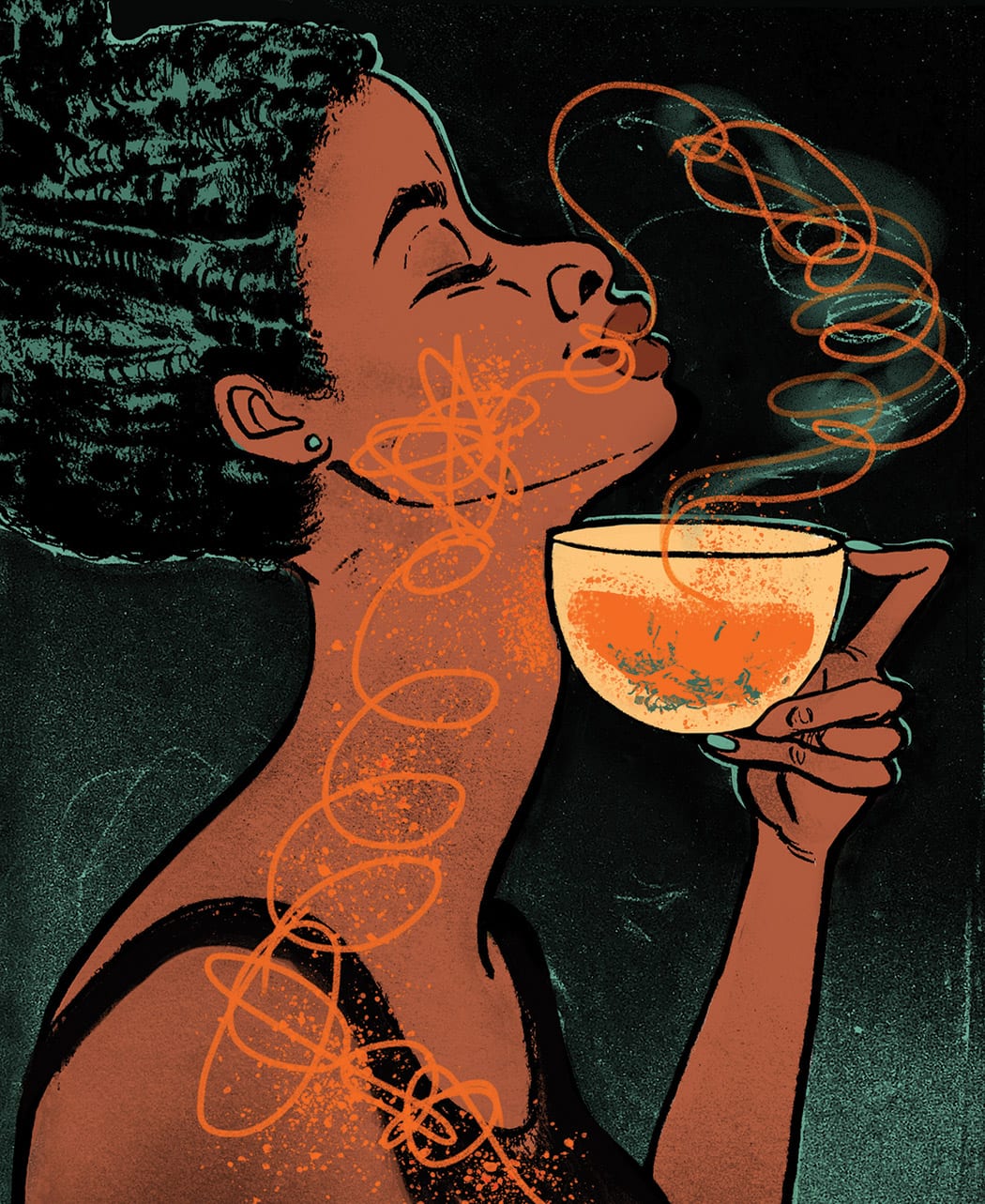 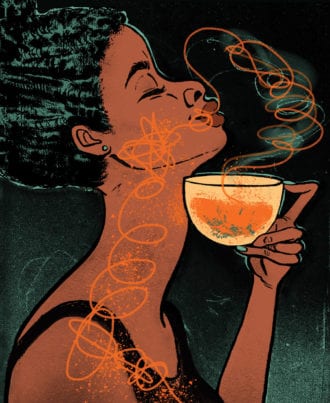 No one tells you this when you start drinking Chinese teas, but the good ones make you burp.

There’s an idea in tea-drinking called qi, which literally translates to ‘breath’ or ‘energy flow,’ and refers to the somatic effects that sometimes accompany a quality brew. It’s a rare thing—the vast majority of teas aren’t powerful enough to summon it—and a personal one, but the feelings are hard to ignore. Think sudden sweat on your palms. Tingling along the back of your neck. A wave of relaxation down your spine, like the relief of a well-placed acupuncture needle.

The more tea you drink, the more qi squirrels its way around your body. Eventually, all that breath needs somewhere to go. So you burp.

As etiquette goes, burping at the tea table is perfectly acceptable, and as a taster, it’s surprisingly instructive. That tea-flavored air you encounter on the exhale tells you a lot about the quieter aspects of the drink you may have missed on first sip. But tea also lowers your blood sugar, and after a recent burptastic marathon session with a couple of friends, I found myself ready for something more hearty. Since Theresa and Wooju were generous enough to share from their stash of costly vintage teas, I wanted to return the favor by treating them to a meal at my favorite nearby sherry bar, Donostia in New York’s East Village.

Theresa and Wooju know a lot about tea but not much about sherry, so as the bartender poured glasses of Manzanilla, Amontillado and Palo Cortado, I explained each style’s character in tea terms. “Fino is a lot like a green or white tea because it’s snappy and fresh; think of Palo Cortado like yancha—there’s more oxidation and darker, sweeter flavors.” Soon, a dozen glasses stood before the three of us, along with some ham and cheese to keep the burps at bay.

As we drank, the tea talk continued. Theresa and Wooju kept the empty glasses close to sniff their lingering aromas. They fell silent at one point, letting the taste of their new favorite wine play out on their tongues. “I can see why you compared this to yancha,” Theresa said. I figured she was picking up on the wine’s nutty and chocolate flavors, but before I could say anything, she gestured to her throat. “There’s a similar heavy base. And that throat feeling.”

Three hours later and another dozen glasses between us, Theresa and Wooju had hardly uttered a tasting note. There was no talk of noses or legs or what a sherry tasted like. Instead, this glass exhibited expansive warmth; that one was cozy and familiar. Imagine: a discussion about wine without a single reference to fruit or minerals. It’s as refreshing as cold seltzer.

There’s another idea in tea-drinking: Flavor and aroma are only the beginning. Taste is fleeting. But the way the aftertaste manifests in your throat or down your gullet, how the tea makes you feel, where the qi activates your senses—these are lasting hallmarks of quality for which connoisseurs pay dearly. Some of my favorite teas don’t taste like much at all. The drama happens from the neck down.

Like tea, most drinks containing alcohol don’t exhibit qi. You taste them and enjoy them and they’re gone. But at a base, almost wordless level, we seem to understand what it means to drink with our bodies, as some tea people call it. It’s what we mean when someone says tequila turns them into a monster, or that absinthe makes them weepy. It’s what sommeliers talk about when they describe a wine’s length or backbone.

That throat feeling of yancha is like a coil of air that tunnels down to your stomach. It’s fast and direct and leaves a thin column of sweetness in its wake. My favorite bottle of slivovitz affects me the same way. The ripe, almost resinous taste of plum bucks against my front teeth as I swallow the slick brandy. The coil gathers its strength on my tongue and darts downward. My breath feels fresh and clean and comfortably sweet. When I burp, the taste of the plum is transformed. It’s golden and sunny and brings a smile to my lips.