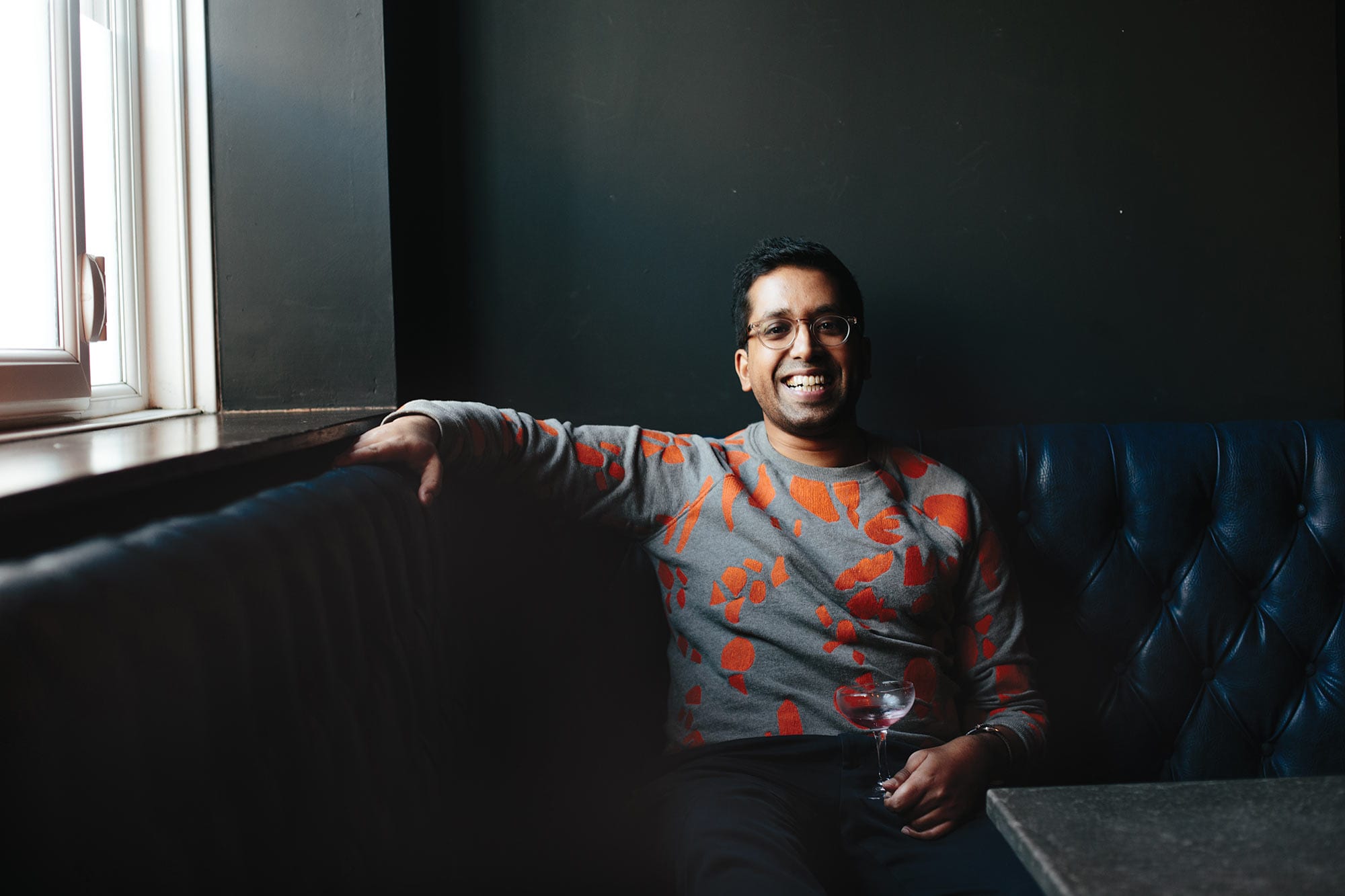 As the creative force behind some of the world’s most lauded venues and bar programs, London-based bartender and entrepreneur Ryan Chetiyawardana— known colloquially as Mr. Lyan—has had an outsized impact on conversations about how the hospitality industry operates. This is intentional, as he aims to open bars that not only offer a luxurious escape, but challenge the notions around how a bar functions. He gained early acclaim for White Lyan (2013–2017), which eliminated all perishable ingredients, including ice, and he followed with venues like Dandelyan (now Lyaness), Super Lyan, and Silver Lyan, his first stateside location in Washington, D.C.’s historic Riggs Hotel. At a pivotal moment for the industry, with bars finally approaching more normal operations following pandemic shutdowns, we had a conversation with Chetiyawardana about the creative throughline of his bars, his cocktail MasterClass with Lynnette Marrero, and why he’s doubling down on the hospitality industry.

Imbibe: Each of your bars takes a unique approach based on factors like location and local culture and history; what’s the throughline that defines a Mr. Lyan bar? Ryan Chetiyawardana: It’s really important to us that they’re all specific to location, but there are certainly things that we’ve built up reflecting, I suppose, what I want to see in the industry. They all kind of have that bit of red thread; each of them addresses sustainability in a certain way, each of them addresses how we can find new ways to connect guests to the products we’re excited by. But they’ve all tried to do something different. What can we challenge as a discussion that helps us look at things differently? How do we find ways of pushing the boundaries of where and how the industry operates? And it’s evolved over the years from the early days of White Lyan, when it was trying to understand the formula we use—how do we use ingredients, how do we put together drinks. Dandelyan, I suppose, was taking the mantle of White Lyan and seeking a way we could look to nature for ingredients and challenge that whole setup of where you source stuff for a bar. That’s continued through all the venues; each of them is trying to find something. It’s not to say that we feel the industry is doing something wrong; it’s just a parallel conversation.

Why is it important to you that sustainability remain a central tenet? I think it stems from my biology days. To me, it’s a necessity, and from the start of the company, it’s always been one of the pillars. It’s become more overt as time goes by because there have been more opportunities to bring it to life, and now it’s become such an incredible conversation, both in the public and in the trade, that it’s allowed us to explore new avenues. When I started the company, the point was taking all the experience I’ve had working in a ton of different countries and different styles of venues, and assessing what luxury could be, and showing that it didn’t need to be at odds with being conscientious about the planet. It sounds obvious now, but it was quite different a decade ago. I felt like ultimately the industry believed in those ideas and it existed in little pockets, so it was about finding ways of bringing that conversation to light—because it’s not a single- answer problem; it needs lots of different approaches—and trying to use the company and the venues to do so.

You’ve also shuttered or reimagined highly acclaimed venues. Do you think bar concepts have an expiration date? I think the way I used to devise things did. It’s something that’s changed in my own maturity. Particularly White Lyan: It wasn’t meant to be controversial or confrontational as a topic, but it was certainly meant to kick off the discussion in a louder way, saying, “Look, there are other ways of doing things.” When you’re that focused, you’re inevitably creating something that’s got its own limitations. And it’s not like [the bar] was designed to have a finite life to it, but I think the way it was set up, and the way we wanted to challenge things in that slightly more young and fiery way, it just kind of ended up achieving its goals. The beautiful thing about food and drink is that it’s hyperdynamic—it changes quickly, and new practices get adopted. It was the same thing for Dandelyan: We had achieved more than we imagined, so it made sense for me to change them. Whereas with the bars that we’ve designed since that process with a bit more maturity, it meant that we were looking at things in a wider sense, and we were creating concepts that had their own flexibility and room to evolve. With the things that I create now, it’s more about being inspired by a place or the situation or the people; that’s what’s been lovely about traveling to new countries. I mean, Silver Lyan is D.C.—that’s what created it.

Over the past year, all of your bars had to be closed due to the pandemic. Has this time altered how you think about hospitality, or how you imagine the role of the industry moving forward? I think it’s actually made me double down on it rather than change my thinking. We’ve been trying to talk about the importance of food and drink as a manufacturing industry— what it does for the communities, and what it does for actual food chains and the businesses we support. COVID has highlighted how fragile our food system was and how interconnected everything is, but also demonstrated that we’ve been propping up our food systems on passion. We all grind in this mad world because we really care and we know it’s important, but that’s not supported in the infrastructure. [The pandemic] brought that to the attention of the much wider public. And on the other side, it’s showing that we’ve always cared about having spaces that feel exciting to people, places where they can go for an evening or to have a party; being in a bar or restaurant is not just about the product. Of course, I care about the product we’re putting out, but to me it’s more about that platform space—where our team can look after you and make it feel really genuine and really warm, and I think people have started to crave that now. It’s reinforced the way I view the industry, both in its core role of hospitality and also the educational aspect and fighting for our food systems.

You also did a cocktails MasterClass with Lynnette Marrero that launched early last year. What did you hope viewers would take away from it?
It was really interesting that we launched the MasterClass series at the beginning of lockdown, and everyone said we timed it to coincide with people being stuck in their houses. And no, we didn’t—that would be really sinister—it was just serendipitous timing. It’s been nice to hear the feedback, with people able to gain a bit of confidence in how they think about their drinks. Of course, it’s about techniques and flavors, but it was also about practicalities and occasions and owning their own palate. It’s not about replacing the bar at all; it’s about getting them to have more confidence and understanding about what they like. Everything you do as a bartender is trying to connect people with something that’s going to brighten their day, so if they’re coming in already educated, you can ask questions that get them a step closer. By equipping them with a bit more knowledge, when they go out they can make those better connections, be more excited to try something new, or ask about something with more confidence. Being able to give people more of that confidence is going to lead to better nights out, which is a massive bonus.