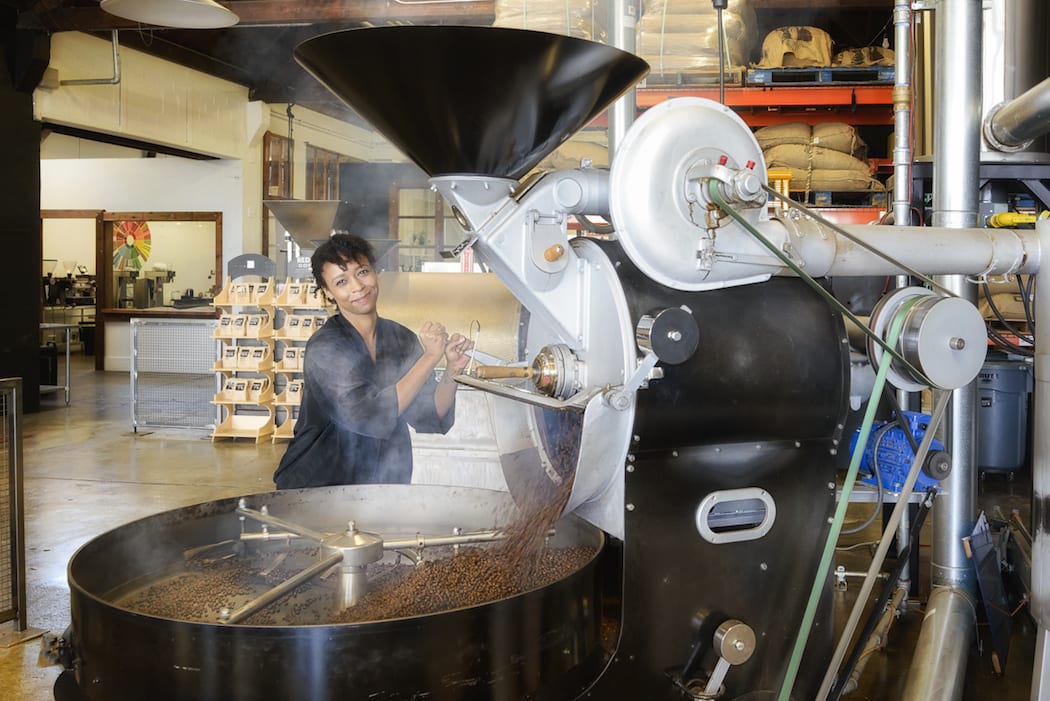 On any given day at Red Bay Coffee in Oakland’s Fruitvale neighborhood, the spacious roastery and café might be hosting a macrame class, a street food pop-up, live music, film screenings and events like the recent “pay-what-makes-you-smile” performance with the world-renowned Alonzo King LINES Ballet. “Coffeehouses and cafés have historically been places of radical thought and artistic expression all over the world, and Red Bay is definitely continuing that tradition while engaging the Oakland community,” says Alicia Adams, Red Bay’s director of coffee.

In our November/December 2018 issue, we dive into Oakland’s growing cocktail scene, which is paving its own way by putting a focus on community. A similar approach can be seen in the city’s coffee scene, which strives to connect with locals on a neighborhood level. “Oakland has over 2,300 coffee shops and 17 roasters within the city,” says Allie Neal, PR manager for Visit Oakland, which organized the Oakland Coffee Rush campaign to highlight the local industry. “The coffee scene is thriving to such a degree that Oakland is now ranked the third most popular city in the U.S. for ‘coffee fanatics,’ after Portland and Seattle, in part because of the unique experiences that coffee makers offer here.”

At Tertulia Coffee on Telegraph Avenue in Oakland’s revitalized Uptown District, that experience means going beyond simply offering wall space for local artists. Husband-and-wife owners Tim and Maria Sanchez are both Bay Area natives with family roots in Puerto Rico and El Salvador. In 2016 they opened Tertulia in tandem with Sanchez Contemporary, a gallery space that highlights the work of Bay Area Chicanx/Latinx artists and other underrepresented groups. The gallery now serves the dual function of coffee shop, with espresso drinks, nitro cold brew and kombucha on tap.

Keba Konte, owner of Red Bay Coffee, was also an artist when he opened Guerrilla Cafe in Berkeley in 2005, thinking it would be a good way to display his work. He began roasting his own beans and launched Red Bay in 2014 and now, in addition to their roastery (and aforementioned frequent event space) in Fruitvale, also operates a café inside a converted shipping container in Uptown and a location inside a new commissary and community space called The Alice Collective in downtown Oakland. But it’s the company’s emphasis on collaboration and diversity that has defined its role in Oakland’s evolving coffee scene. “It’s not uncommon for a friend or colleague in the industry to introduce me to a coffee producer who has a project that shares the same values and mission as Red Bay,” says Adams. “And on a local level, we’re seeing more discussions about intersectionality, women, people of color and non-binary people and their experiences working in the coffee industry.”

At Bicycle Coffee, where, fittingly, wholesale coffee is delivered via custom bike trailers, they frequently look for opportunities to collaborate with other local businesses, like creating a co-branded coffee ice cream with Little Giant, a beer with Alameda Island Brewing Company and espresso barrel-aged whiskey with Mosswood Distillers. But the founders, brothers Matthew and Cameron McKee and their cousin Brad Butler, instituted another idea early on that resonated with neighbors—Free Coffee Friday. If that doesn’t seem like a sound business decision, consider the fact that they started nearly a decade ago and now have locations in both L.A. and Tokyo (where free coffee is also offered on Fridays). “We wanted to share the coffee we love with everyone in our community without a financial commitment from them,” says Matthew McKee. “Our community loves it. Many regulars make a day out of it and meet up with their friends and neighbors over coffee.”

As Oakland’s coffee scene continues to grow, it’s proving that community-focused ideas can often be the most impactful. “Oakland is often at the forefront of social change, which sets it apart from other coffee cities,” says Adams. “But it’s less of a scene and more of a global community.”