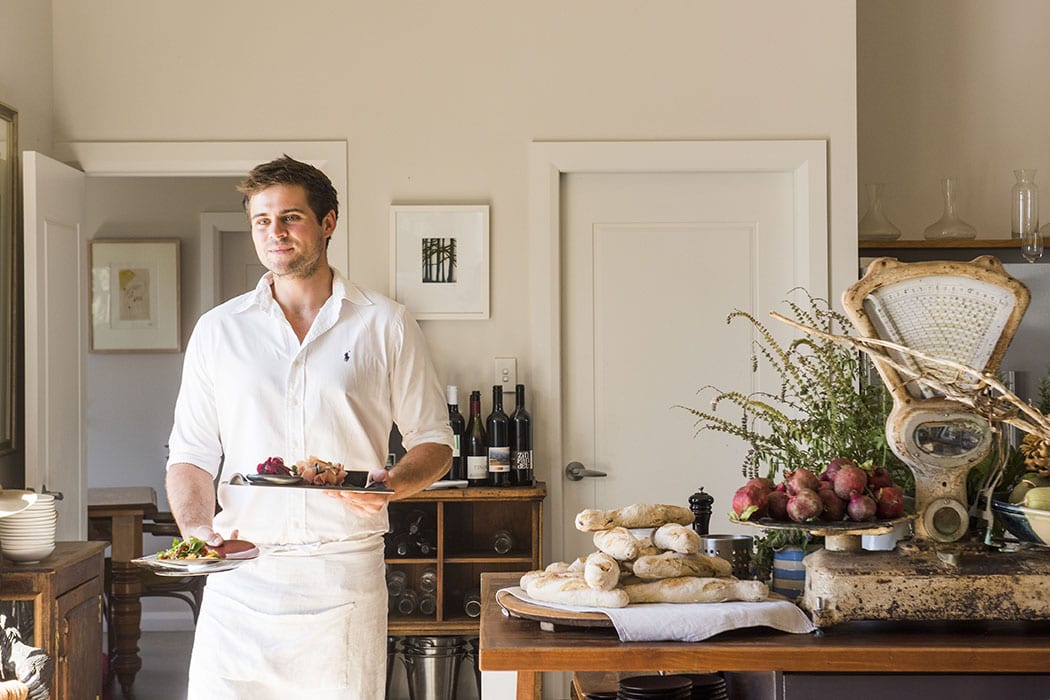 “People ask if we’re a kangaroo farm,” says Jacob Stein, looking down into the vineyards his grandfather first planted in 1975, where mobs of kangaroo sometimes venture at dusk to nibble near the vines. Stein’s grandfather, Robert, started the venture as a hobby farm, but over the course of three generations, Robert Stein Winery has grown into a full-blown farm and winery, its Shiraz, Riesling and other wines growing stars of Australia’s Mudgee region.

Even in Sydney, just a few hours to the south, Mudgee is a bit of a mystery, its name prompting queries from cab drivers and bartenders when I mentioned I was headed there during my Australian travels. But in wine circles, this small region in the Central Ranges of New South Wales is staking a claim for making some of Australia’s more interesting wines. In addition to Stein, other prominent Mudgee producers include David Lowe, a pioneering figure in modern Mudgee wine; Logan Winery, founded in 1997 by Peter and Hannah Logan; Robert Oatley Vineyards, the largest producer in the area; and di Lusso Estate, maker of Vermentino, Nebbiolo and other Italian varietal wines.

There are no traffic lights in Mudgee (which takes its name from the aboriginal moothi, or “nest in the hills”), and a small clock tower in the middle of an intersection is the most identifiable landmark in town. Mudgee may be small, but it’s the third-largest grape-growing region in New South Wales, with small wineries (all still family-owned) and a wine tradition dating to the mid-19th century. Those early wineries were established by Italian and German immigrants, who were drawn to the region in search of gold. Economic pressures and shifting tastes led to a late-19th century decline, which didn’t reverse until more vineyards were planted starting in the 1960s. Since that time, this elevated valley surrounded by mountains, verdant hills and rough bushland has become known for producing notable Chardonnays, along with some Spanish and Italian varietals and cool-climate wines.

Stein’s grandfather started with 25 acres; the farm now covers around 600, with 50 acres under vine, including blocks of Syrah planted in the late ’70s, along with Riesling, first planted in the early ’80s. “A lot of people consider Australia a hot climate, but we have a lot of variety,” Stein says, noting that the location and elevation—around 550 meters (1,800 feet) above sea level—makes the region perfect for some cooler varieties. “The soil in our top two blocks is very tough, with hard soil and low nutrients,” he says. “That means low yields, but really well-concentrated wines for our Riesling and Shiraz.” Stein also grows Chardonnay, Gewürztraminer, Cabernet, Merlot and Semillon, but the winery is increasingly synonymous with Riesling. In 2009, Stein made 200 cases of Riesling; that’s grown to 2,000 cases annually now, largely sold locally and to Sydney markets.

David Lowe’s organic vineyards are spread across three stretches of elevation, with the lowest around 500 meters (1,600 feet). “That’s the same as Madrid and Barcelona,” Lowe says. “I should be growing Grenache and Tempranillo.” But Lowe notes another situational characteristic about Mudgee, that also influences his planting decisions. “The soil here is quartz, shale, and mudstone—we’re geologically similar to Northern California,” he says. “There they have redwoods, here we have eucalyptus.”

Early in the region’s history, this elevation and soil structure lent itself to the production of grapes for fortified wines (which was simple to make, and traveled well), and later, to table wines made from tough-skinned, resilient grapes. Today, Lowe dedicates his lower-elevation vineyards to dry-farmed varietals, including Merlot, Shiraz and Zinfandel, the latter kept head-pruned so the clusters stay close to the ground, resulting in smaller fruit, but a more intense flavor and greater resistance to disease. Higher up, there are varietals including Cabernet Franc, Pinot Noir, Pinot Gris and Petit Verdot, along with Riesling.

“Mudgee is probably the coldest-climate vineyard in Australia,” Lowe says of Riesling’s popularity in the area. “Our Riesling is late-ripening, in autumn, and the acidity remains high.” Lowe doesn’t release his Rieslings until they’re three years old, and this aging helps balance the wine’s high acidity, resulting in wines that are luscious, lively and bright. “With aging, the oxygen helps change the wine and offset the acidity without the sugar,” he says.

While Mudgee still isn’t a household name in Australia (not to mention overseas), its wineries are drawing increased attention to this region in New South Wales. The challenging economics and logistics of shipping wine to foreign markets means it may be some time before Mudgee wines are readily available in U.S. shops, but the region’s winemakers have their eyes set on that eventuality. “Part of my business is to respect tradition,” Lowe says. “And part is planning for the next 10 years.”