Mixopedia: Solving the Mysteries of the Tom and Jerry Cocktail - Imbibe Magazine Subscribe + Save
Skip to content

Mixopedia: Solving the Mysteries of the Tom and Jerry Cocktail

Antique malls are under-appreciated destinations for quiet contemplation. Here, one can stroll slowly while reflecting upon questions of philosophy, such as, “Who buys empty Gallo wine bottles?” Lately, another useful koan has been, “What’s up with all the Tom and Jerry bowls?”

These crop up with some frequency—a serving bowl along with a half-dozen or more matching mugs. (A recent eBay search for “Tom and Jerry bowl”—and excluding “cartoon”—yielded 154 hits.) One wonders: How have they survived? Who exactly were Tom and Jerry? And what made them so popular?

So again we charge into the breach of history. In 1863, a San Francisco newspaper man visited the Occidental, one of the city’s grand hotels. Just beyond the billiard hall was the bar (“the gayest and most gallant array of decanters on the shelves ever seen”), which was presided over by none other than the author of the first cocktail guide, published the year before. “Behind the counter stands one Jerry Thomas, from whom it is fair to suppose that the pleasant piping beverage, called Tom and Jerry, took its name … ”

The reporter may well have supposed that because Thomas probably boasted about it—claiming that he invented it back in 1847. As David Wondrich writes in Imbibe!, Thomas frequently laid claim to the drink, once explaining that it was named after his two pet mice, Tom and Jerry. (Why? “Jeremiah P. Thomas would have sounded rather heavy, and that wouldn’t have done for a beverage.”) It’s a fine story, but chronology falls on Jerry Thomas like an upright piano in Tom and Jerry, the cartoon version. Wondrich cites an 1827 account of a rum, sugar and egg drink “under the name of ‘Tom and Jerry’ ” served in Boston. Inconveniently for Jerry Thomas, he was born three years later.

Antiquated drinks such as these largely fell out of fashion in the 20th century, first hobbled by a lean modern aesthetic and then given the shiv by Prohibition. Surprisingly, Tom and Jerry came back, and in a big way after Repeal. “The hot Tom and Jerry is an old-time drink that is once again used by one and all in the country to celebrate Christmas,” wrote Damon Runyon in 1932, adding that it was “so popular that many people think Christmas was invented only to furnish an excuse for hot Tom and Jerry.”

Through the late 1930s, Tom and Jerry was a harbinger of the holidays, and bars lured in customers with the promise of a warm, creamy, delicious drink. Home entertaining was also ascendant, and Tom and Jerry became adept party crashers. Society pages in the 1940s frequently mentioned Tom and Jerry parties being held at the best homes. The “lady’s pages” in the papers offered tips on what foods to accompany the drink. (“Very plain cookies are acceptable,” wrote one San Francisco columnist in 1950, as was “ham paste.”) Rituals, whether ancient or invented, emerged: “Let the guest stir their own drink as it’s part of the custom of drinking Tom ’n Jerry,” a Wisconsin newspaper suggested in 1955.

Tom and Jerry is made with a batter that involves some degree of manual labor, so commercial batter soon cropped up. Wisconsin was a lodestar, home to several brands, including Strand’s, Mrs. Bowen’s and Connolly’s. In Billings, Montana, you went to the Silver Dollar Inn for your “batter to go out.” Dave’s Pie Shop in Eugene, Oregon, touted its Tom ’n Jerry Batter with the slogan, “Come and get it or I’ll drink it myself !”

Advertisements for Tom and Jerry bowl sets crowded the pre-holiday news pages. (If you didn’t want to buy one, Dave’s in Oregon offered sets for rent.) They came in a variety of styles— some looking Victorian, but many with modern Colonial motifs like carriages and silhouetted figures in top hats and hoop skirts. The lettering was often in that heavy Teutonic script, presumably a nod to the Old World north and Kris Kringle.

In the last couple of years, I’ve noticed some of these bowls moving from antique malls to cocktail bars, as the Tom and Jerry again takes its role as a forerunner of the holiday season. If you see one, ask for a ladleful along with piping hot water to ward off the chill. A cocktail revived from the dead often tastes excellent. But a revival of a revival? They’re twice as good. 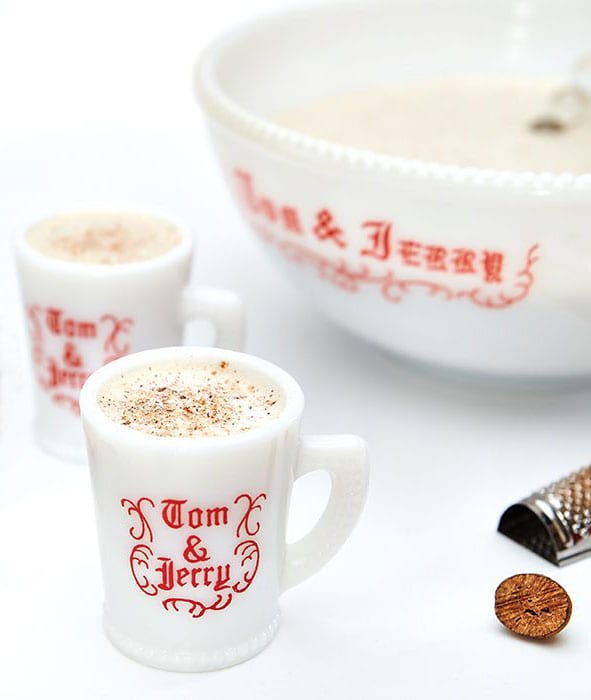 An extra-spiced take on the Jerry Thomas recipe. 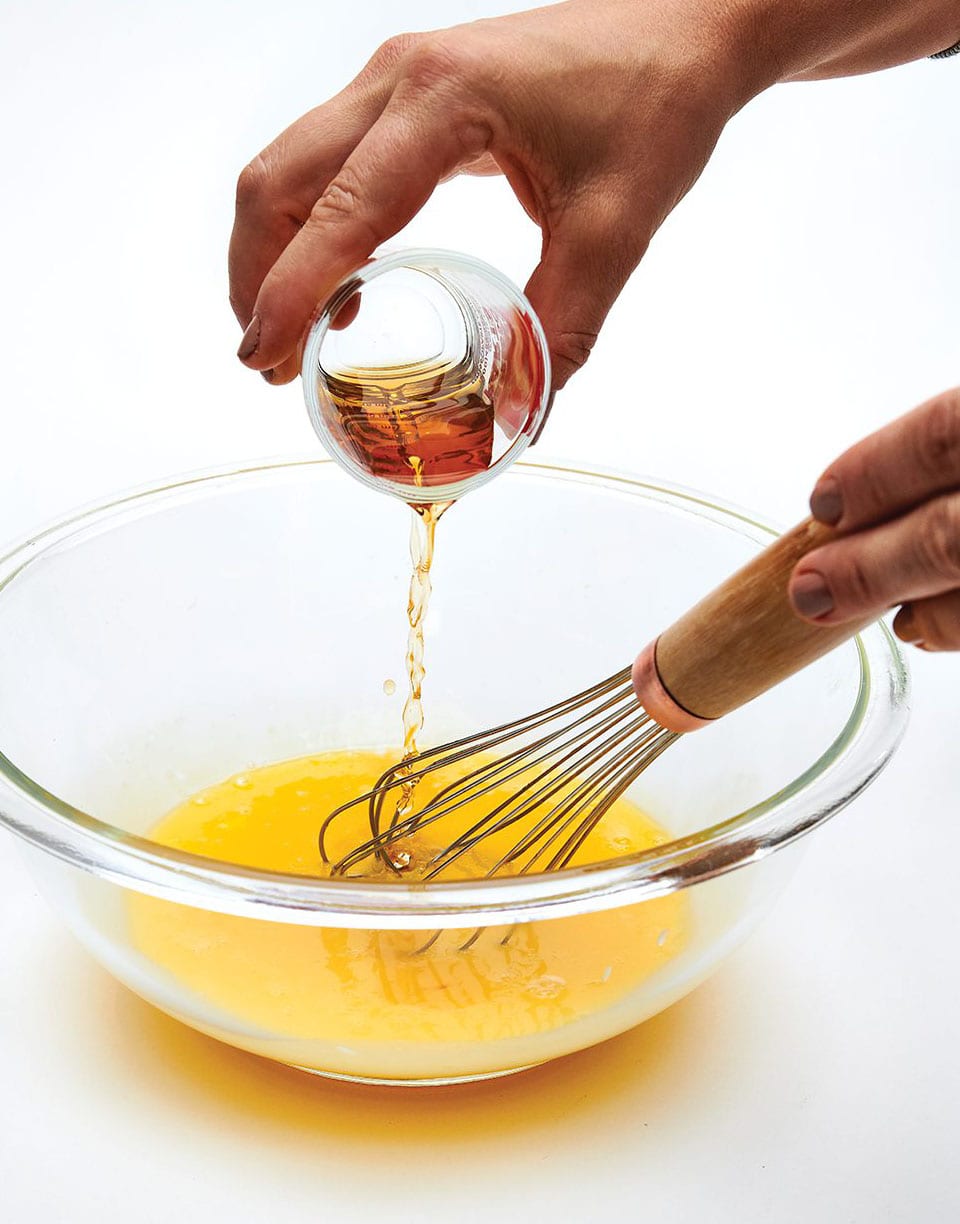 How a mediocre drink achieved immortality.