The Martinez Gets Its Groove Back 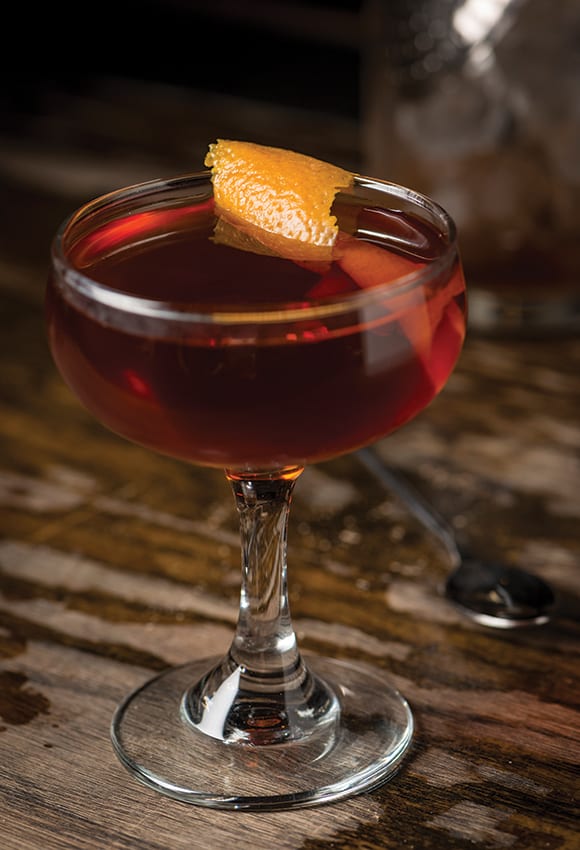 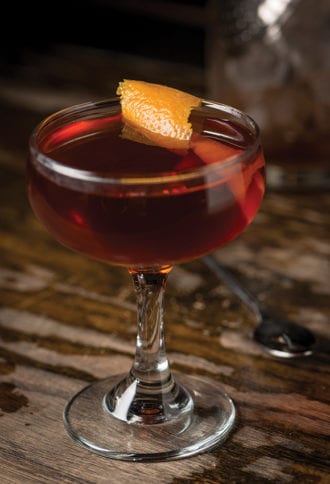 When delving into the canon of classic cocktails, the Martini, Manhattan, Old Fashioned and Negroni are often top of mind. Meanwhile, the Martinez cocktail—a velvety blend of Old Tom gin, maraschino liqueur, sweet vermouth and bitters—rarely makes the list.

As with many cocktails from the 1800s, no one knows exactly who invented the recipe or where it originated, though plenty of myths point to the Bay Area and the city of Martinez, as well as the Knickerbocker hotel in New York. What’s less questionable is the first mention of the cocktail in print—a reference in O.H. Byron’s 1884 Modern Bartender’s Guide with a recipe calling for Curaçao and Angostura bitters instead of today’s more common mix of maraschino liqueur and orange bitters. A version also appears in Jerry Thomas’ book in 1887 with Boker’s bitters and maraschino liqueur.

Why don’t more people know about the Martinez? Maybe because it resembles other more popular classics. Or perhaps it’s because the traditional proportions so heavily emphasize vermouth, a category that’s recently seen a revival. “That’s a big piece of the missing puzzle for this cocktail,” says Anchor Distilling’s executive director of education Alan Kropf. “Now we have all these great vermouths on the market to support it, but you didn’t have those 20 years ago.”

Subtle Old Tom gin anchors the drink, enriched by the soft sweetness of vermouth and rounded out by floral maraschino liqueur and citrusy orange bitters. As with many classics, there’s plenty of room for refinement. “What’s so interesting is that everyone knows the ingredients that make it a Martinez, but within that structure, there’s room for creativity,” says Kropf. “What kind of Old Tom are you going to use? What kind of vermouth and bitters? What are the ratios and garnish?”

Jim Kearns of The Happiest Hour and Slowly Shirley in New York follows Jerry Thomas’ recipe (below), using two parts Carpano Antica to one part Hayman’s Old Tom. “It’s one of my favorite [recipes] for a lot of reasons,” he says. “I like that it’s a 2:1 ratio that favors vermouth and that in keeping with the earlier Martini variations, it showcases the darker flavors of sweet vermouth. It’s really the base of the cocktail, which also makes it a nice, full-bodied, low-ABV cocktail.”

At the Ailment in San Francisco, Jared Schmidt splits the vermouth between dry and sweet for added complexity, and at The Front Porch, Ashley Miller adds a quarter ounce of spicy Ancho Reyes to the recipe for the playful Ain’t Cho Martinez. Kropf prefers one and a half ounces of Anchor’s Old Tom to one ounce of Alessio Vermouth di Torino. “That’s what’s so great about the Martinez,” he says. “There are little ways to make it personal and creative without betraying the fundamental premise of the cocktail.”

Combine the ingredients in a mixing glass with ice. Stir until chilled. Strain into a chilled glass and garnish.