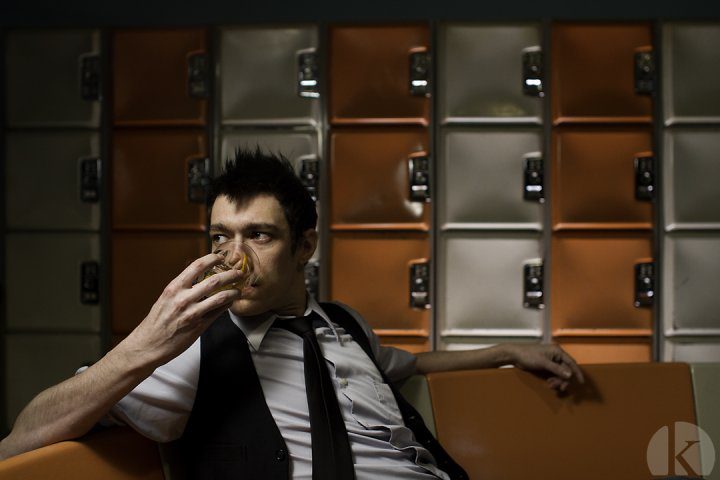 Louisville bartender Jared Schubert loves to show visitors around his adopted hometown—and as befits the capital city of Bourbon Country, Schubert’s Louisville list involves a healthy dose of local spirit. As he noted in our tour of Louisville in the November/December 2014 issue, the city strikes a balance between decadence and decorum—here are Schubert’s five essential bourbon stops, from the dives to the dignified.

Freddie’s Bar & Lounge
“For $5, you can get a shot of Cabin Still and a High Life at Freddie’s,” Schubert says of this half-century-old downtown bar with a décor dominated by boxing memorabilia (Muhammad Ali hails from this riverfront city). “It’s cash only, bring extra for the jukebox—and be sure to play Tom Waits.”

Nachbar
“You can get a shot of Old Fitz gold label—it’s 86-proof—and any craft beer you can think of at Nachbar,” Schubert says of this no-frills Germantown bar that has serious beer-and-bourbon credentials. “It’s the best place to pair what I like to call ‘working-man’s whiskey’ and craft beer—if you want to open a bottle of Fantôme and have a neat pour of bourbon with it, this is the place to do it.”

1761 Frankfort Ave.
“I’m a huge fan of the Coke chaser for any pour of bourbon—really, try it,” Schubert says. “Order a bottle of Mexican Coke at Silver Dollar, and you can pair it with a bourbon ranging from a $3 pour up to infinity,” he says of the bar’s world-class worthy whiskey selection. “I would go with one of their private bottlings: their barrel of Four Roses is always excellent, and they have a great Wild Turkey barrel as well—and chase it with a Mexican Coke, because you’re not that fancy.”

St. Charles Exchange
“Get a really, really well-crafted bourbon cocktail”—such as the Polumbo, with blanc vermouth, Campari and apricot preserves, or the Greeting Dawn, with coffee liqueur and Punt e Mes (see the November/December issue for the recipe)—“and take the opportunity to taste the bourbon on its own,” Schubert says. Located in an historic building in downtown Louisville, St. Charles Exchange also offers guests a glimpse of the city’s elegant past. “For me, this is the wonderful throwback-in-time bar—it has the look of a classic cocktail bar, and it has the feel of Louisville in its heyday in the 1920s and ‘30s—they’ve really captured that in the modern sense.”

Bourbons Bistro
“I love to take everyone here for the vintage bourbons list,” Schubert says. With one of the most extensive selections of bourbons on the planet, Bourbons Bistro carries some whiskies from defunct distilleries, as well as collector editions such as a 1973 set of Old Crow Chesterton decanters designed as chess pieces, that Schubert recalls seeing on a previous visit. “They were a foot-and-a-half tall; you could play picnic chess with this set—and they were full of whiskey!” he says. “They do such a great job of curating their bourbon list, and a lot of these whiskies were only released in Kentucky. They also get their hands on whiskies that are no longer bottled—it’s the last place in town I’ve seen Triple A [Ancient Ancient Age]. And you never know what kind of bourbon distiller or dignitary you’ll find in there—everybody stops in at least once a month.”