The Way of Tea, A Japanese Tea Ceremony 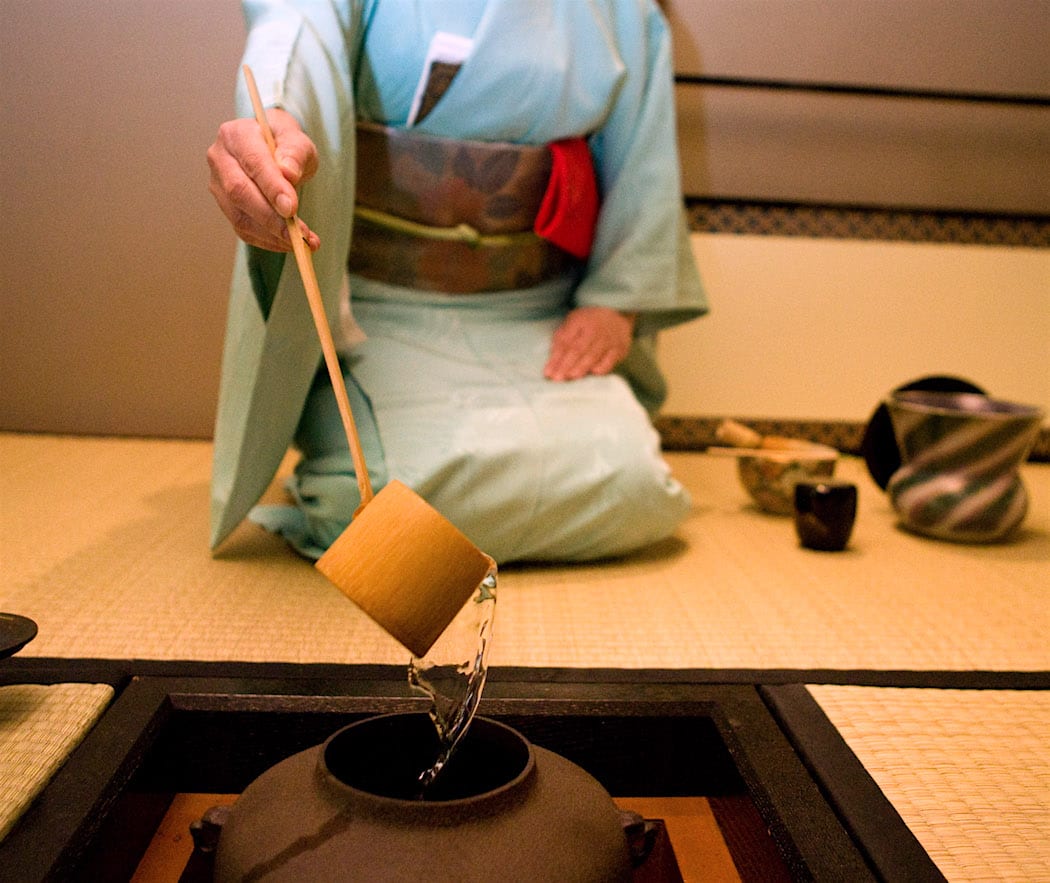 Finding respite and clarity in a moment of mindfulness is a concept embraced across many cultures and religious or spiritual practices—from focused meditation to simply stepping away for a cup of coffee. But perhaps none embodies the idea with more precision than the Japanese tea ceremony.

Michiko Sodo Kinoshita discovered this on a trip to Japan when she was 32. Born in Shizuoka, but having moved to the U.S. at age 24, Kinoshita had traveled back to Japan to see family, and while visiting the Daitoku-ji temple in Kyoto, she had a chance encounter with Daiki Tachibana Roshi, a respected tea master. “We just happened to see him, and he offered a bowl of tea to my family and talked with us,” recalls Kinoshita. “I had no knowledge of the tea ceremony, but he was so welcoming. At the end, he walked with us to the entrance of the temple and bowed to us.”

In that moment, Kinoshita said she felt the true meaning of the phrase ichi-go ichi-e, which is credited to 16th-century tea master Sen no Rikyū and means that an occasion may only happen once in a lifetime and should be treasured. After returning to the U.S., Kinoshita began practicing the Way of Tea and has continued to do so for the last 24 years. Today she’s a student of the Urasenke Foundation—an international organization preserving the history and traditions of the Way of Tea—and she gives private instruction on the ceremony. “I was interested in studying these Japanese traditions, particularly the etiquette of them,” says Kinoshita. “I realized it becomes a type of language between people without talking.”

The ceremony dates at least as far back as the 16th century, and it’s heavily influenced by the teachings of Zen Buddhism. Tea master Sen no Rikyū established four principles that remain central to the spiritual philosophy of the practice: Wa (harmony), Kei (respect), Sei (purity) and Jaku (tranquility). “Different countries around the world have ceremonies, but no other tea ceremony is an art in the way the Japanese [ceremony is],” says Shabnam Weber, director of the Canadian-based Academy of Tea. “There’s something really beautiful about that.”

Educational organizations, such as the Urasenke Foundation, and cultural institutions like the Portland Japanese Garden frequently offer public demonstrations of the ceremony, from the intentional decor of the tea room to the purification of the tools and the whisking of the vibrant, powdered matcha. Even some businesses have incorporated elements of the traditions into their day-to-day operations. In Venice, California, Shuhari Matcha Cafe embraces the history of Japanese green tea but with a playful, modern approach, using matcha (the traditional tea of the ceremony) in drinks like fizzy fruit sparklers and elaborate matcha sundaes. And at the Behind the Museum Cafe in Portland, Oregon, owner Tomoe Horibuchi serves several traditional green teas and authentic Japanese treats like mizuyokan, a dessert made of red beans. But her primary focus is the hospitality that she learned through many years practicing the Way of Tea. “It’s like creating a spiritual practice,” says Kinoshita. “It’s not only a quiet moment; it’s almost like a oneness with the whole, open presence of consciousness.”